McIlroy poised to pounce on moving day at Carnoustie 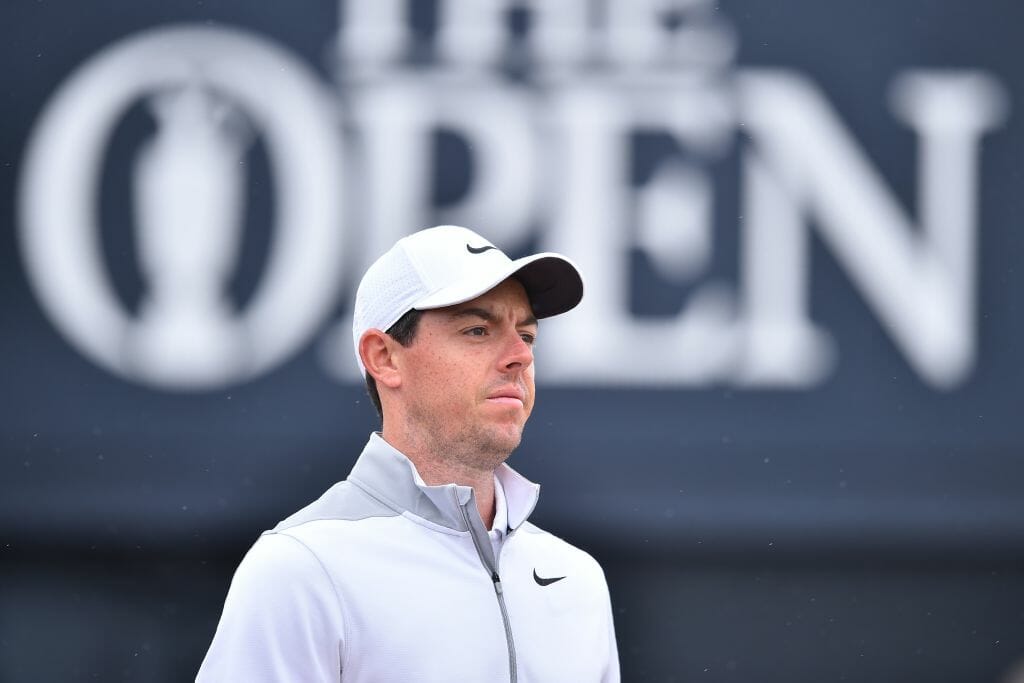 Rory McIlroy is lurking ominously and ready to make his move, just two shots behind leaders Zach Johnson and Kevin Kisner after shooting an impressive 69 on day two of the 147th Open Championship at Carnoustie.

It has been an up and down season for McIlroy so far in 2019. Sure he has a W to his name but the Holywood man admitted he learned a harsh lesson at the Masters in April, where he felt he was too cagey and conservative and failed to do himself justice in the final group alongside Patrick Reed.

“Worrying too much about the result, not focusing as much on the process,” McIlroy said of the lessons learnt that Sunday in Georgia.
“Sunday at Augusta was a big learning curve again for me because even if I hadn’t won the tournament, had gone down swinging and aggressive and committing to every shot, I would have walked away a lot happier.
“So I’m committed to making sure, even if I don’t play my best golf and don’t shoot the scores I want, I’m going to go down swinging and go down giving it my best.”
After the Friday rain took the sting out of the course, McIlroy seems in the mood and has got the firepower to inflict some damage.

“The fairways definitely didn’t have as much fire in them, I was surprised there was a couple of holes where I thought I’d hit shots that were going to end up in a fairway bunker or close to it, and they were a good bit short of that.
“So I think the fire has been taken a little bit out of the fairways and the greens as well, but the greens have been sort of receptive all week.”

With just six strokes covering the top 39 players on the leaderboard and calm conditions the stage is set for a huge moving day at Carnoustie
At the top, 2015 champion Zack Johnson, shot 67 and is joined by Kevin Kisner to lead by a shot on six-under from Tommy Fleetwood.

Along with Rory McIlroy, Paul Dunne is the only other Irishman to make the weekend after a second round 73.
A steely closing run saw him rattle off three pars down the dangerous final stretch to stay under the cut mark.

But the Greystones golfer is disappointed that he isn’t high up the leaderboard after a series of missed chances.
“Conditions changed massively but we had easily the best side of the draw, yesterday and today,” acknowledged Dunne.

“But then to be on that side and not to post a score, it’s not great.
“I knew two over would get in. My problem the last three weeks is I’ve known that, if there was no cut I definitely would have played better all three Fridays.
“I just need to get that out of my head and play to do well”.