Dunne has his eyes on the prize in Scotland 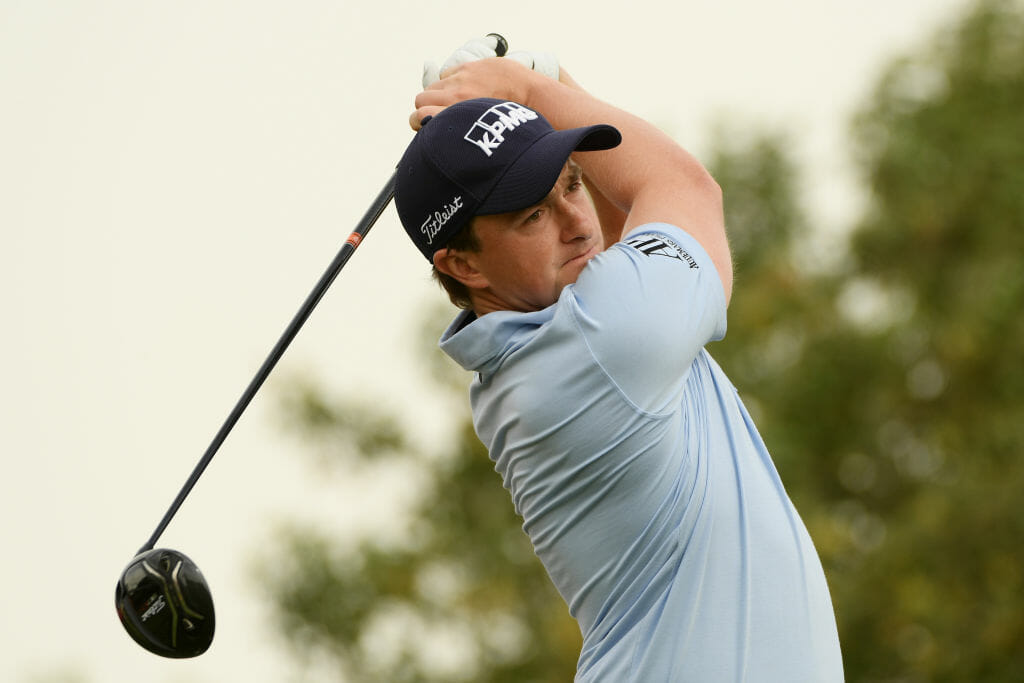 Paul Dunne was not about to allow a closing hole double-bogey take the gloss from the proceeding 17 good holes in being five-under par on day one of the Aberdeen Standard Investments Scottish Open at Gullane.

Dunne, playing Gullane for the first time as a pro, was inside the top-10 standing on the downhill 18th when he drove his ball right out-of-bounds, onto what is the No.2 course and out-of-play for the week.

Then after playing his fourth to the edge of the green, Dunne was in agony in leaving his bogey putt short in a round of a three-under par 67.

It left the Greystones golfer tied in 25th place,  four shots behind visiting American Luke List, who in his maiden Scottish Open, matched the tournament composite course record thanks to 10 birdies in a seven-under 63.

Five players, including 2015 Gullane champion Rickie Fowler and the now local Edinburgh-based Lee Westwood are next best with 64s.

Dunne had bogeyed his opening hole but played holes two to 16 in six-under par and after the agony at the last, Dunne could have easily headed straight to the temporary locker room but to his enormous credit he signed autographs for a half-a-dozen waiting Irish fans.

“Apart from the last, I played nicely all day and while I didn’t take advantage of all my opportunities I was cruising to be five-under through 17 and then just hit it right at the last,” he said.

“I am not going to let what happen at the last annoy me as there was so much good stuff out there and the golf course, that I last played when I was an amateur, just sets up so well for me.”

“I am going to head out and get some dinner and head back out and hope to keep making birdies and keep the doubles off the card.”

Graeme McDowell reckoned he benefitted from a few days of ‘TLC’ at home with mum and dad after posting a one-under par 69.

McDowell, who had spent Sunday night and Monday night back in Portrush after the Irish Open, was out in the warmer morning half of the draw, posting five birdies and one less bogey.

G Mac was clearly in good spirits when he demanded:  “Why do you want to speak to me as I only shot one-under?”

That prompted the response from this writer:  “You’re the leading Irishman in the clubhouse”.

He said (smiling): “Yeah right.  I am the first Irishman to finish this morning.  Brilliant! Leading Irishman in the clubhouse.  Love it”.

Then when McDowell was asked for an assessment of his play, he adopted a Scottish accent very much as though it was clearly Colin Montgomerie responding.

“Yes, pleasant. Not bad. Yes, not bad.  Thank you for asking,” he said continuing to smile.

The 38-year old switched back to the current World No. 179 and with McDowell delighted with his effort, after a few day’s recharging the batteries at his beloved Portrush.

“It was great to sleep back in my old bed, get a bit of washing done and a bit of TLC from mum, which is just what I needed,” he said.

“I also watched my little brother (Gary) compete in a competition at Royal Portrush, so it was a good day at home. As for my round, the first six holes, as we saw what Rickie managed, were there for the taking, so it was nice to be two-under after six but then the track tightens up,” he said.

“7, 9, 10, 11, 13 and 14 and I guess after an average start I hit it over the back at the par-3 eighth hole and three-putted it and was over the back at nine and bogeyed 10. So, it was a round that could have got away from me and I was then looking at the leaderboard and was now beginning to dread this place.”

“But everyone, including Rickie, kind of levelled out after their starts and that’s because this golf course gets trickier in ‘this’ wind direction we had this morning. So, in saying that, happy enough with one-under because it could have got away from me.”

“And the wind we had today was different from when we were here at Gullane last time and the golf course to me doesn’t seem designed, along with the placement of bunkers, to cope with the wind direction out there today.”

“But it’s a fun little track and I am enjoying it and like I said, I’m happy I did not blow myself out of the tournament.”

And after two tough weeks, finishing mid-field in both the French and Irish Open’s, McDowell stressed the tanks are full for his last chance to win through to next week’s Open at Carnoustie.

“I came here fully ready and committed to give it my all and this is my last chance to play Carnoustie next week, so I am fully focussed and ready to go,” he said.

“The three bogeys at eight, nine and 10 rattled me a little bit but I’m okay.”

Darren Clarke posted 11 straight pars before his only birdie at the 12th hole and ended bogey, par and bogey in a one-over 71.

And Padraig Harrington birdied the third but it was his only joy, doubling the fourth hole and also after 11 straight pars from the fifth he copied Clarke also finishing bogey, par and bogey in a 73.