Ballyliffin set to make its mark on the world stage 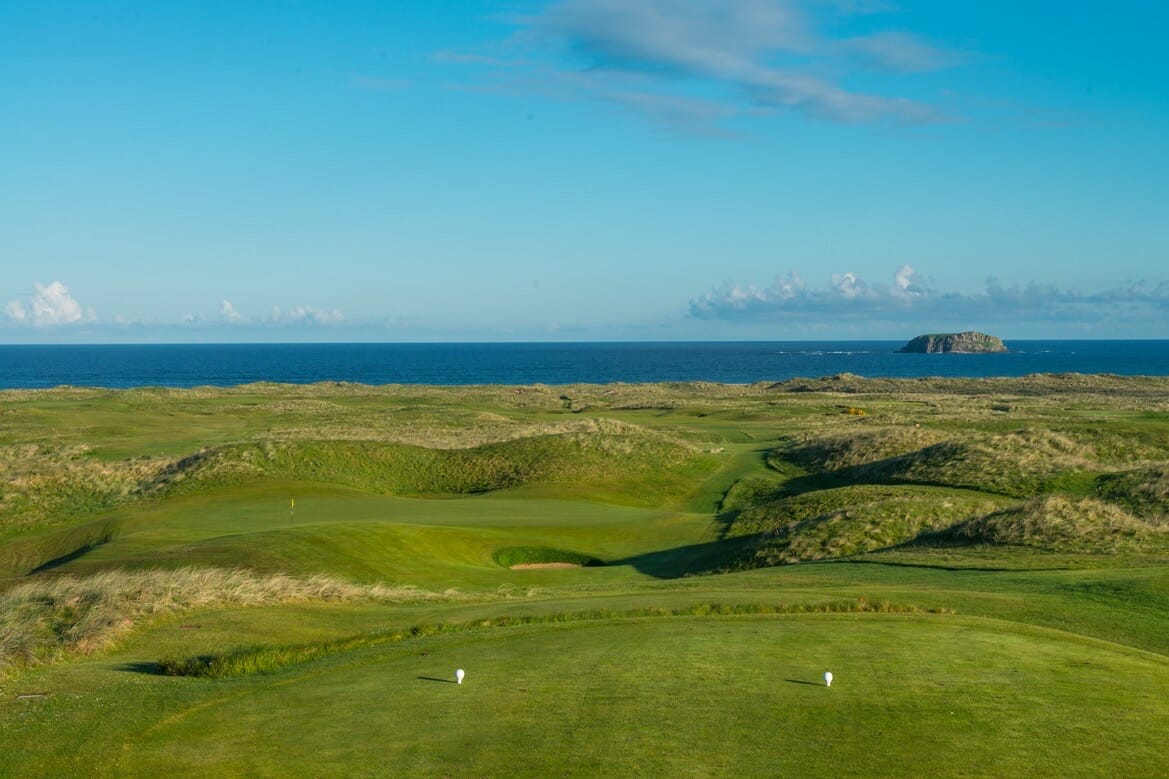 After months of planning, the sun-baked links of Donegal welcomes the best players on the planet to the Dubai Duty Free Irish Open.

It’s the big week of the year. The Dubai Duty Free Irish Open kicks off at wonderful Ballyliffin tomorrow and it promises to put one of Ireland’s jewels into the global shop window.

We are truly spoiled by the number of world class links courses dotted round our rugged Irish coastline. We know we’re spoiled, we have much more than our fair share, but they’re not taken for granted, they are celebrated. And links courses contribute substantially to the Irish tourism industry. Ballyliffin has long been on the radar, but after this week’s action its trajectory will scale new heights. Destination Donegal could break new ground by way of increased tourist activity.

This hacker knows the two courses at Ballyliffin (Old and Glashedy) extremely well for it’s a path well-trodden for a group of us who used to make the trip every April. For over a decade we ran the risk of being pummelled by the elements for there is no hiding place on the Inishowen Peninsula when an early season weather system rolls in. Of course, there were breaks along the way and as ever we got to experience plenty of four seasons in one day. On one occasion a friend had to admit defeat playing the Glashedy after forgetting to pack his wet gear. He retired to the bar wearing his club jumper that looked more like a well-used teabag.

This week it will be more a case of sun cream and rehydration as the oven conditions continue to bake the country. Given the current heatwave Ballyliffin will not be about length, instead the premium will be on accuracy. Unpredictable links bounces will frustrate some, but the course will offer up opportunities to those who remain patient. The par fives (four, 12 and 17) will appear like obvious chances, whereas the downhill par three 7th and majestic par four 15th will need to be respected.

It’s always fascinating to witness the world’s best compete on a course you know so well; it’s part of the obvious attraction of watching our national championship. Around the country viewers and spectators will have compared their game to the play they witnessed at Portstewart, The K Club or Royal County Down. Next year the same will happen at Lahinch when the big boys roll into town for one of the highlights of the year.

The Irish Open qualifier at Rosapenna – another majestic links venue in Donegal – was a great success. Congratulations to Simon Thornton who won from a play-off and to Neil O’Briain, Colm Moriarty and Cian McNamara who also secured their place at Ballyliffin. It was good to see some of the leading amateur lights getting their chance to tee it up in the qualifier too.

Much of the chatter in the build-up to Ballyliffin has been about infrastructure and access for the quality of venue was never in question. It’s true there is only one road in, one road out and there’s an obvious premium on accommodation. But that’s part of the charm of rural Ireland. Sometimes we must go off the beaten track to sample the gems.

And though there may be logistical challenges, the European Tour has overcome them in the past. Royal Portrush was a record success in 2012, so much so it became the reality check that confirmed an Open Championship could be staged on these shores once more.

At Ballyliffin, golf is part of the fabric, part of the way of life. The people are hardy souls, they have to be, but a better welcome you will not find anywhere. Ballyliffin is ready to make its mark on the big stage and I for one cannot wait.