Brendan McGovern all set for first Senior Major of the season

Brendan McGovern arrived at Benton Harbor this week in fine spirits if not a little undercooked ahead of his tilt at the Senior US PGA Championship.

The Headfort professional found himself in France over the past couple of weeks on the Pay & Play Golf Tour as he sought to get his competitive juices flowing before his Major championship bow at the 79th KitchenAid PGA in Michigan.

And while he was feeling a little underprepared prior to his venture to Mont Griffon and Lys Chantilly, he would have been feeling a far sight more encouraged after picking up two victories in the two respective 36-hole tournaments.

“I actually went out twice because it’s decent, proper competitive golf,” said the straight talking senior. “You might get 35 players, decent field at the top end which is fair enough, but most importantly they’re good golf courses set up in tournament conditions. Good greens, tough flags – exactly the way you want it.”

The year has been a slow burn for McGovern to date with tournaments hard to come by, but he returned scores of 69 and 71 in the first event at Mont Griffon, his second round 71 proving the best of the day in windy conditions just outside of Paris and good enough to claim the win.

In Lys Chantilly, the scoring was hot but again Brendan was at the forefront of it. He fired rounds of 65 and 68 to force a playoff against Benjamin Nicolay and birdied the first extra hole to secure victory number two. Buoyed by the performances, McGovern sounded more relieved than anything to finally get some competitive rounds under his belt ahead of teeing it up on Thursday stateside.

“That’s what you need. It was great to win and the golf was good but I’ve been practicing away at Bellinter Golf Centre and Carton House, yet you could be practicing away but it means nothing. I’ve played so little golf. We’re almost in June now and you could say I’ve played one tournament – half a year gone, sure it’s nothing.”

McGovern is all too aware that the players he’ll come up against in the $3million event will have benefitted for the most part from their season being in full swing, and he’s already looking forward to June when the European Senior Tour finally kicks into gear.

“You can’t beat playing, tournament sharpness is why I went,” he said, of his decision to roll the dice in elite senior company. “I thought I’m better off playing than not going. I’m ready to play, that’s not an issue but it’s into June and our season is only kicking off.

“We’re going to be busy playing from now anyway so we’ll get into a run. I’m straight into Copenhagen from here, but because the event is so big, and with the other Major that I’m in, this and the Senior Open at St. Andrews, I wish I had five tournaments under my belt and not going into this one feeling like it’s my first.” 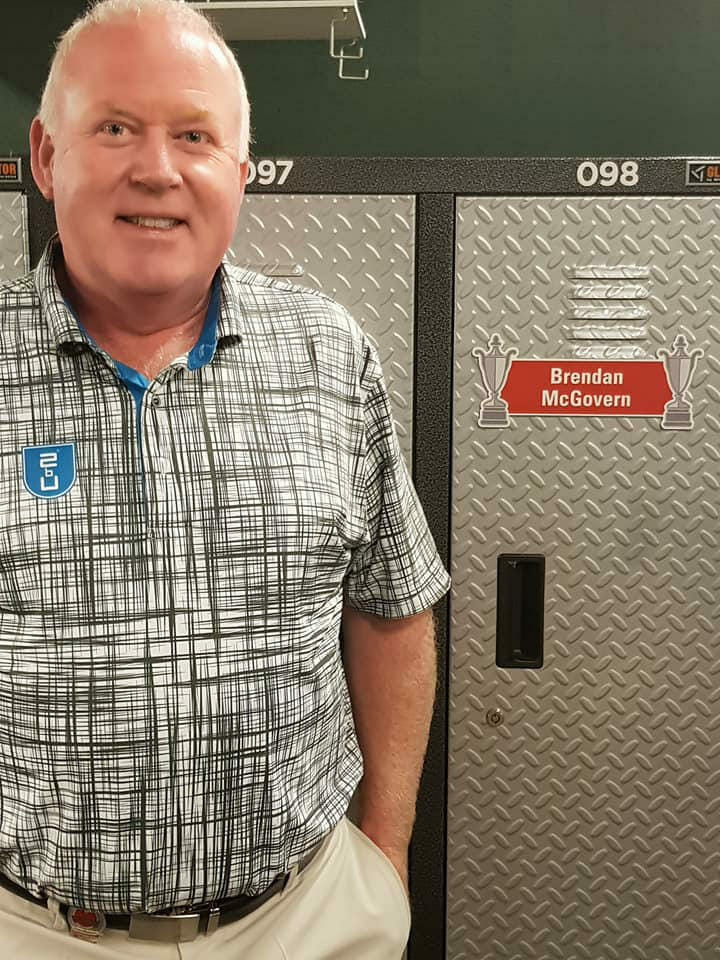 Despite the worry of going into the event at Harbor shores a little raw, McGovern is looking forward to a good week and an even better year, refusing to get caught up in the magnitude of this week’s tournament.

“I’m looking forward to it. Whether it’s a Major or not, golf is golf, and golf to me is a numbers game. If you start looking around at who’s playing or where we are you take away from what golf is.

“That might have been a weakness of mine 30 years ago as a young fella playing but I’ve gotten away from that now. It’s taken me two years, I wouldn’t say to get comfortable out here, but certainly to find my feet, knowing what I have to do.

“And I’m loving it. Things have fallen into place. Obviously a senior Major this week in America and I’ve never played St. Andrews before – never thought I’d ever play it – and now I’m going to play it in a Major event. It’s a nice way to do it.”

The Headfort man has his friend and fellow PGA professional Bill Noble on the bag this week and the Irish duo tee it up alongside Florida’s John Huston and South Africa’s David Frost for the first two day’s play. Play well lads.