McIlroy focused on Augusta rather than any other tournament 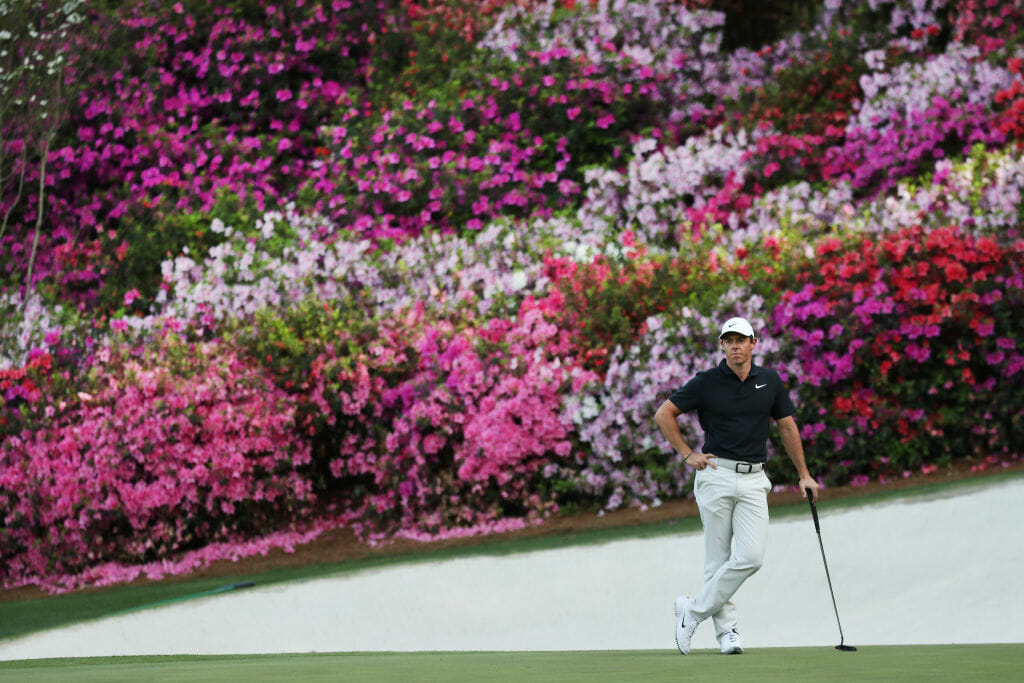 We all know how badly Rory McIlroy wants to win the Masters but his remarks on the eve of the Wells Fargo Championship could sure ruffle the feathers of the likes of the USGA, the R & A and the PGA of America.

McIlroy, a winner of the U.S Open, the Open Championship and two PGA Championships reckons the Masters is bigger than the other three Majors.

McIlroy is yet to win the Masters, and it’s the only Major he needs to capture to join the most exclusive club in the history of the ancient club-and-ball game and at Quail Hollow on Wednesday, McIlroy was asked if the hype surronding his efforts to win at Augusta National was more about winning the Grand Slam or just striving to capture the Masters?

“The Masters has now become the biggest golf tournament in the world, and I’m comfortable saying that,” he said.

“For me, it’s the most special tournament that we play and it’s the one that everyone desperately wants to win, but even if I was going for my first major, it’s tough, it’s tough to win.”

“I thought Patrick Reed did a fantastic job on Sunday holding it together because he didn’t have his best stuff, but he made a couple key putts coming in which helped him.”

“So no, I don’t think the Grand Slam, that’s not really what I think about. I just think about trying to win the Masters and what that means and being able to go and use the champions locker room, just all the cool stuff that comes along with it.”

And McIlroy has revealed the bizarre pressure he found himself facing just moments ahead of teeing-off on the final day of last month’s Masters at Augusta National.

McIlroy went into the closing 18 holes of the year’s first Major Championship showdown having posted a gutsy third round 65 to trail just three shots behind eventual champion, Patrick Reed and the Northern Irishman had put himself in a position for a first occasion since he was leading into the last day at the 2011 Masters to finally capture the one Major Championship.

But when asked if he underestimated the pressure he would face, the soon to be 29-year old revealed the remarks passed to him by some of the green jacketed Augusta National members.

“No, I did not underestimate the pressure,” said McIlroy. “Look, I knew that I was going to go into Sunday and feel it. If I didn’t feel it, I think I would be asking questions about myself. But yeah, I didn’t underestimate — I underestimated — you know, I got onto the first tee and it was like, wow, this is pretty cool, it feels like there’s a lot of people rooting for me here.”

“Even the guys on the first tee at Augusta, the members are saying, ‘We would love to have dinner with you tonight,’ and that stuff. I was like, ‘Oh, this is sort of — it’s nice, but don’t be ordering me anything just yet.'”

“So yeah, there’s a lot of pressure that comes with it.  I think sleeping on a lead is more pressure than trying to chase it but I maybe put myself under too much pressure to get close to him.”

“Even though I did get quite close, I just could never quite get my game in shape to keep it close enough to where I had a chance on the back nine.”

In the weeks since the Masters, McIlroy revealed he’s read two consciousness related books – Essentialism and The Chimp Paradox – and books that have clearly helped him deal with the events of nearly a month ago.

“I think that’s the most important thing. You can’t be afraid of failure because you have to be willing to fail to succeed, I guess,” he said.

“You have to be willing to take the risks and put yourself out there knowing that if you don’t win, it’s going to hurt, but if you do win, it’s going to be that much better. So I think that’s the first thing – not being afraid of losing. There’s no shame in that as long as you learn from it.”

“You know, everything’s a learning opportunity. As long as you learn and you move forward and you put what you’ve learned into practice the next time, you’re going to be better for it”.