McIlroy’s had enough of boozy fans, calls on PGA Tour to act 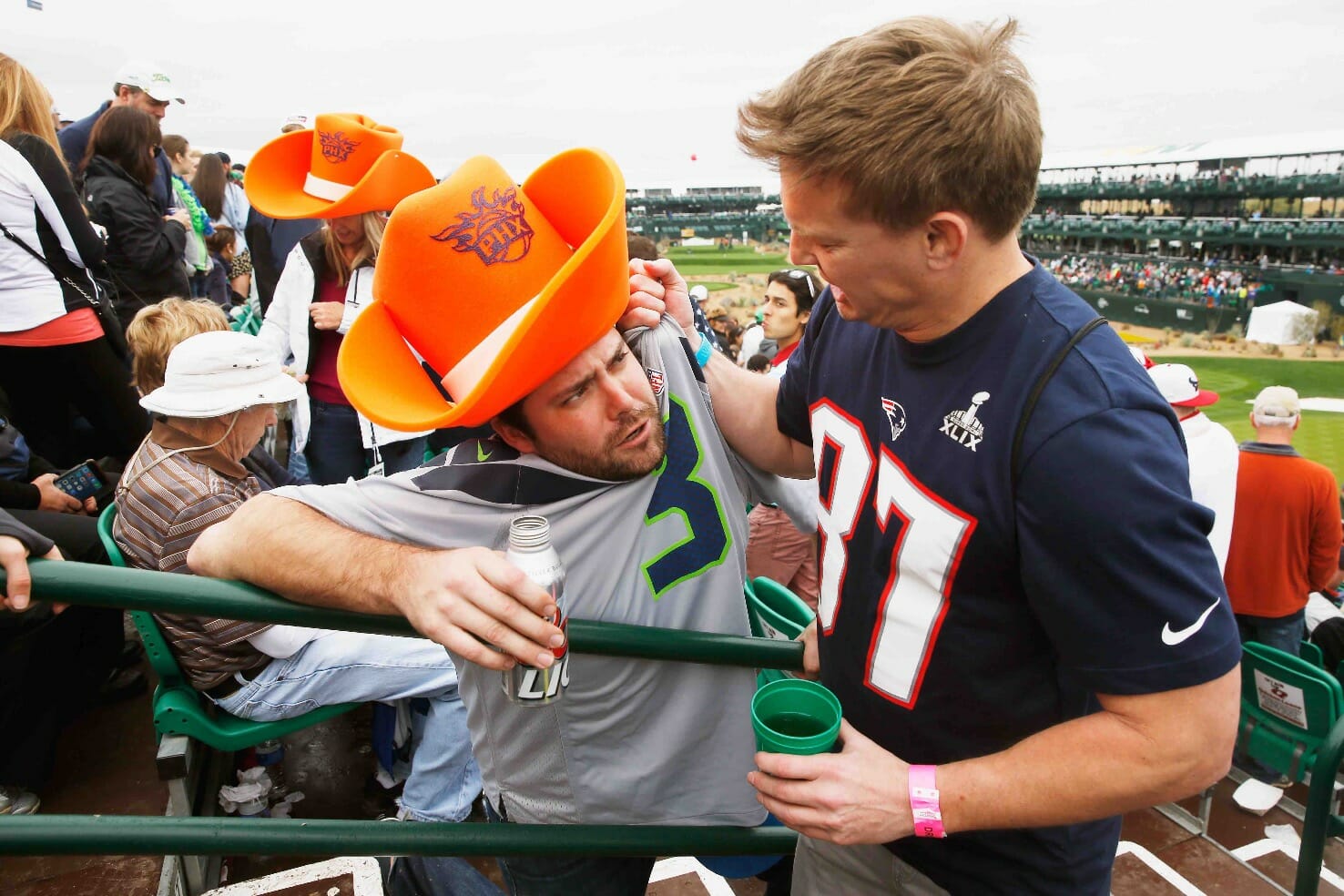 Rory McIlroy’s had a gut-full and has now called on the PGA Tour to limit the sale of alcohol after remarks from yet another intoxicated spectator during day three of the Arnold Palmer Invitational at Bay Hill.

McIlroy posted his lowest round of the 2018 PGA New Year with a five-under par 67 to move to 10-under par, just two shots behind Sweden’s Henrik Stenson.

And while McIlroy was delighted to have celebrated both St. Patrick’s Day and Ireland’s crushing Grand Slam win over England, he should not have had to deal with comments from a male specatator who should have been shown the Bay Hill front gates long before he began directing comments at McIlroy.

“There was one guy out there who kept yelling my wife’s name, I was going to go over and have a chat with him,” said McIlroy.

“But, yeah, I don’t know, I think it’s gotten a little much, to be honest. I think that they need to limit the alcohol sales on the course, or they need to do something, because every week it seems like guys are complaining about it more and more.”

“I know that people want to come and enjoy themselves and whatever, and I’m all for that, but it’s, sometimes when the comments get personal and people get a little bit rowdy it can get a little much. I don’t know, it used to be like you bring beers on to the course or buy beers, but not liquor. And now it seems like everyone’s walking around with a cocktail or whatever. So I don’t know whether it’s just go back to letting people walk around with beers in their hand, that’s fine, but, I don’t know.”

It’s not the first time this year McIlroy has singled out unruly spectators frequenting a PGA Tour event as both he and Tiger Woods complained of ‘stupid’ comments from a small section of fans at the Genesis Open in L.A.

McIlroy played alongside Woods for the first two rounds at the Riviera Club and suggested the commotion that surrounds a group following Woods cost the 14-time major champion half a shot per round.

“It’s tiring,” McIlroy said. “I’ve got a headache after all that.”

Of course, we remember the 2016 Ryder Cup at Hazeltine where McIlroy took on an alcohol-induced fan at the side of the 17th green during his Saturday match with the drunken fan clearly heard screaming, “Suck a d— Rory!”

In the 45 seconds or so before the security men grabbed the offended by the scruff of the neck, McIlroy was up to the challenge. “If you want to back that up, I’m right here.” Fans are expected scream and shout but that remark was over-the-top and downright offensive.

Only recently, Justin Thomas had a fan removed who was making a nuisance of himself as Thomas strode the final round to success in the Honda Classic. And Audrey Leishman, the wife of Aussie Marc Leishman, bravely went public following foul-mouth comments she had to confront while following her husband late last year at the Presidents Cup in New Jersey with Leishman’s wife also extremely critical of excessive alcohol sales.  Her comments were soon backed-up by International Team vice-captain, Tony Johnstone.

Of course though no-one attracts more attention than Woods. There was an incident upon his return to full-time competition in January at Torrey Pines when a spectator ‘sounded off’ while Woods was putting on the final day but thankfully those around the obnoxious individual singled him out for security staff to eventually escort him from the course.

Then there is the Phoenix Open where seemingly drinking to success is the norm as is evident of upwards of a dozen local police officers conducting voluntary random breath tests of spectators as the walk from the TPC Scottsdale course.

Tournament organisers boast daily attendances of some 200,000 which led someone to comment:  “Yes, but 199,000 wouldn’t pass a breathalyser test!”

“I know Phoenix as guys were telling me this year, they were yelling and trying to time it. Well, there’s really no reason to do that.”

Of course, there was an incident this year at the notorious par-3 16th ‘stadium hole’ where a drunker male streaker was arrested while there was unconfirmed reports of multiple sexual ‘misadventure’ well after play behind the 12th green.