Moynihan jumps to 18th on Challenge Tour order of merit 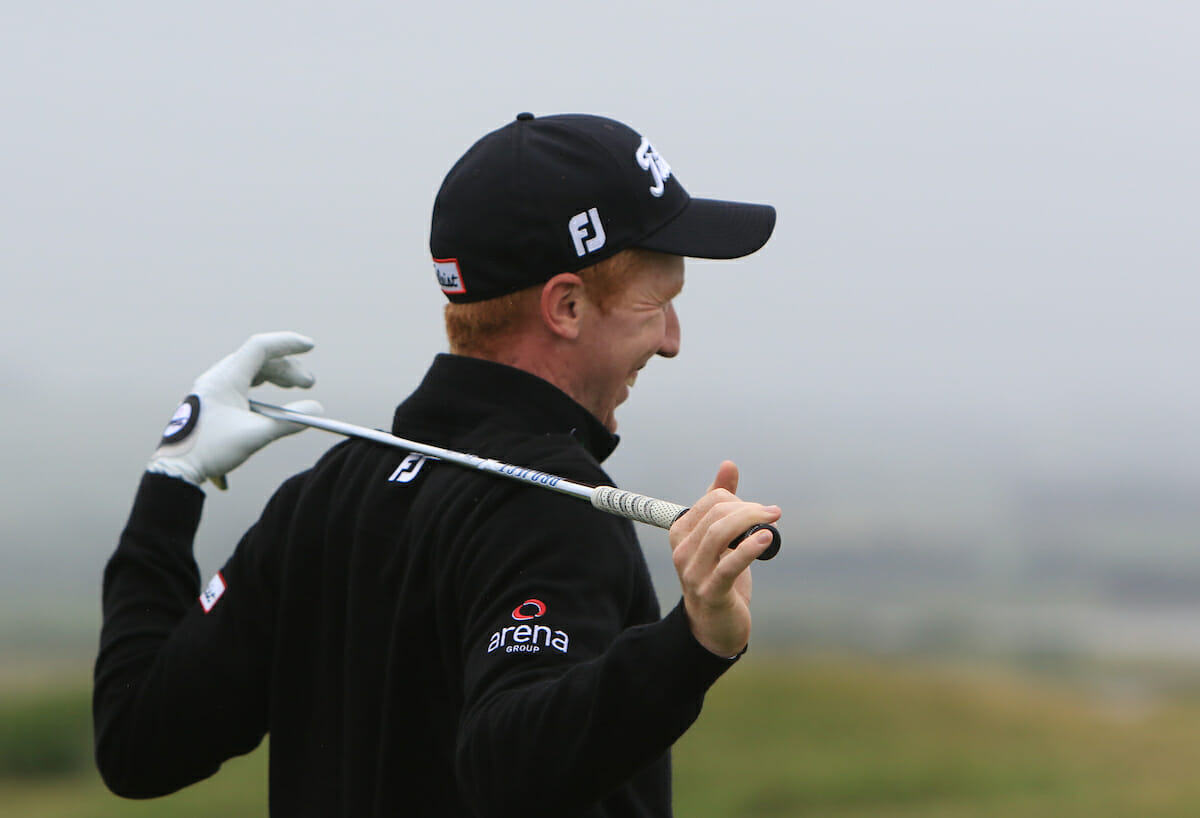 It may not have been the win either contender had dreamt on the night before but both Gavin Moynihan and Cormac Sharvin will be leaving the Ras Al Khaimah Golf Challenge in great spirits after a thrilling final day assault on the title.

For long periods both men looked capable of notching a maiden Tour win, Moynihan having knocked on the door plenty throughout the year, with Sharvin seemingly exploding into life this week after lying dormant for most of 2017.
Moynihan looked the most likely for some time, birdying the 1st for the fourth day running as he settled into his round with a string of pars before adding another gain at the par-5 8th. A dropped shot at the 9th was damaging but not disastrous, the Dubliner firing back with birdies at 10 and 12 as his focus narrowed.
When he picked up another at 14 it was hard not to get swept up in the momentum, though it seems Gavin began to feel the pinch too. Back to back bogeys struck on 15 and 16 as his challenge evaporated in the desert heat – a final hole flourish not enough to mask the disappointment of what might’ve been.
Still, it was another huge week for Moynihan who moves up to 18th in the Road to Oman rankings having finished in a tie for 4th on thirteen under par, threateningly close to a top-15 finish and a European Tour card for next season with only next week’s NBO Golf Classic Grand Final left to play.

He had company in Sharvin too who was flawless in his play today, firing four birdies in a bogey-free 68 to grab a share of 4th place also, just two shots behind the winner. The Ardglass man has been waiting for a week like this for some time and will have €14,757 consoling reasons to move on from the disappointment of missing out on a first victory.
And the upward trend for the Irish didn’t end there with Michael Hoey signing off on a successful trip to the Middle East, carding a final round 68 to finish in a tie for 19th on eight under par. Rosapenna’s Ruaidhri McGee fired a second successive round of 72 to claim 59th position outright on one under par.

There was no shortage of highlights at the top of the mountain either as Jens Dantorp played one of the shots of the season to seal a memorable victory in the UAE, overcoming Adrian Meronk in a dramatic play-off with a sensational eagle.
The Swede had narrowly missed out on an eagle that would have won the title in regulation play, tapping in for a birdie to take the tournament to extra holes at Al Hamra GC, but at the second time of asking he put his approach to six feet on the par five 18th hole and rolled in the putt to better his opponent’s birdie.

The result could not have been timelier as it secured Dantorp his place in next week’s NBO Golf Classic Grand Final – only the top 45 in the Road to Oman Rankings will contest the Muscat shootout and the 28 year old climbed 35 places to 13th place with this win.
The top 15 in the Rankings in one week’s time will earn European Tour cards and for Dantorp, this would mean joining Henrik Stenson in the Race to Dubai – the man who he credited for inspiring his victory-sealing approach.
“It’s one of the best shots of my career,” he said. “I just had one shot in mind walking up 18: Henrik Stenson’s in Dubai on 18 a couple of years ago. I tried to repeat that and I was close on the first time – the second time I pulled it off though.
“It feels great to win. It’s been a couple of years since my last win so I was really chasing another one and today was the day, so it feels great.
“I don’t know what it is about the Middle East that brings out my best golf. I enjoy it when it’s warm, I like the grass around here and I’m just comfortable around these courses.
“My plan was to break the course record but that didn’t work out! I wanted to hit as many greens as possible and hope that my putter would be warm and it was enough.
“I saw on 17 that Adrian was 15 under and I expected that he would have birdied the last, so I was going for an eagle to try to get in a play-off.
“I got to the green and saw he had finished on 15 under so I had a putt for the win. Unfortunately it lipped out but I managed to roll in the eagle on the play-off instead.
“I’m just going to keep going next week in Oman. Hopefully I’ll play well there again – I love the place over there and I’m looking forward to another great week and hopefully I can do enough to get a European Tour card.” 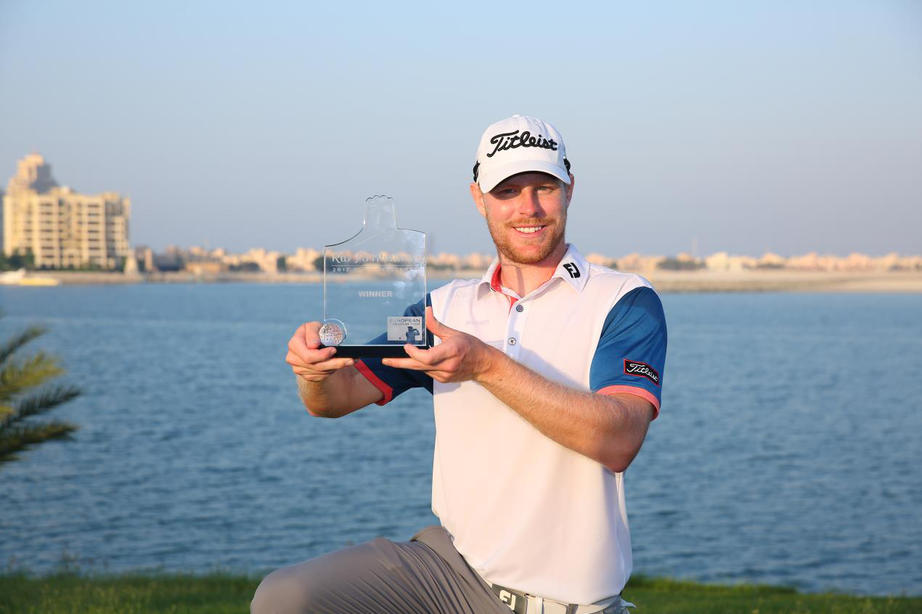 Meronk had led for much of the day, the young Pole not dropping a shot all round as he set the clubhouse target at 15 under par with a closing round of 67.
Dantorp, however, was three groups behind him and, after birdieing 14 to close the gap to one, narrowly missed his eagle on the last hole, settling for a similarly bogey-free 68 to reach 15 under as well.
Meronk can console himself with a spot in the Grand Final field – knowing only a top two finish would suffice to move up enough from 79th, he will close a memorable rookie season on the Challenge Tour with a chance to gain European Tour status next week.
Clément Sordet, playing alongside Meronk, took third place on 14 under par – a result that moves the Frenchman inside the top 15 of the Rankings – with Christopher Mivis, Moynihan and Sharvin one shot further back in a share of fourth.
Overnight leader Chase Koepka dropped shots early and never recovered, his one-shot lead disappearing and his closing round of 74 leaving him in a share of 15th place.