Johnson on fire as Dunne slips back in Shanghai 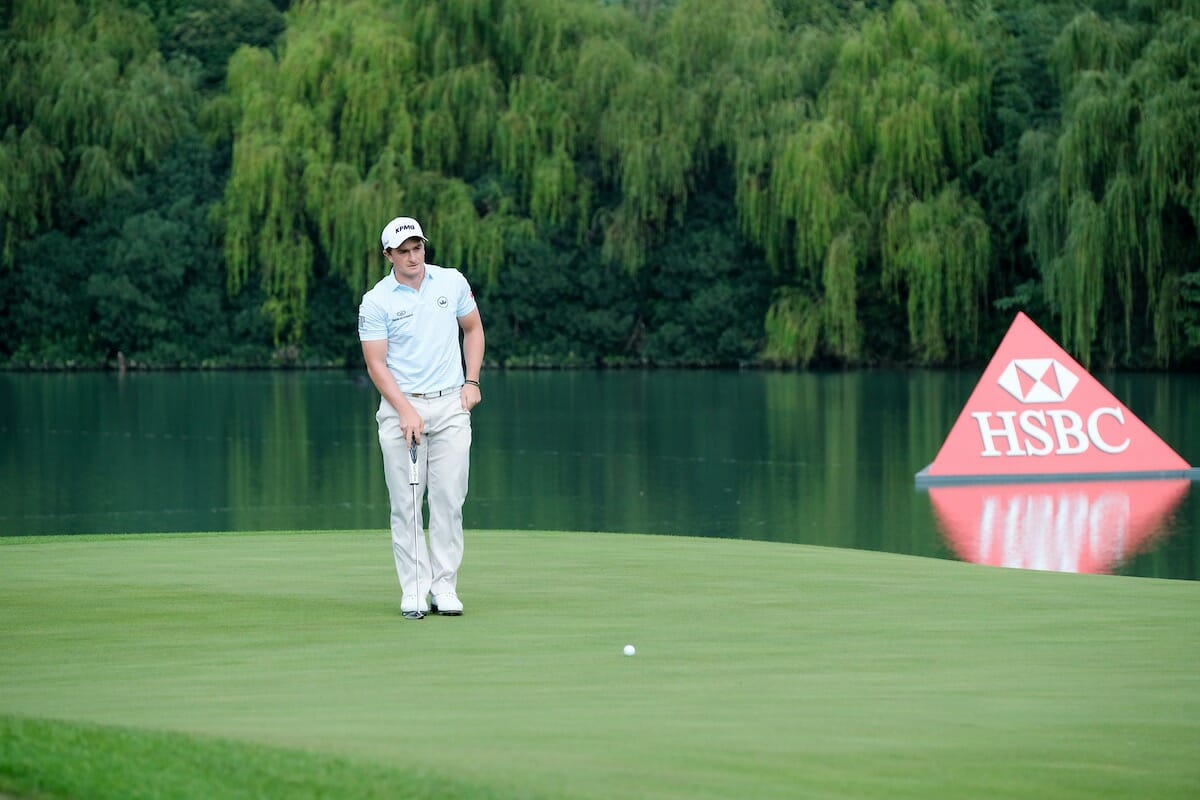 Paul Dunne found himself bumped well down on the victory takeout queue heading the deciding rounds of the WGC – HSBC Champions in Shanghai as he dropped from a share of sixth to tie for 22nd on the back of a disappointing second day 73 for a four-under par tally on the Sheshan course.

Dunne had no excuses after birding three of his opening six holes before it turned pear-shaped in doubling the par five eighth hole and then completing the inward half in one-over for his 73 and a four-under tally.

World No. 1 Dustin Johnson packed a new putter into his bag to birdie six of the last seven holes in a stunning, bogey-free 63 to move to 13 under par and a shot clear of first-round leader Brooks Koepka.

“I wasn’t really pleased with the putter I played with on Thursday, so the guys here in China made me one.,” said Johnson.

“I actually got a putter like about 20 minutes before I teed off. It’s a (TaylorMade) Spider, so it’s one that I’ve used before.”

“I got it right before I walked to the tee. I hit a few putts on the practice green with it and I was like, ‘Oh, this will work pretty well’.”

A victory for Johnson on Sunday would see him achieve something that Tiger Woods never did and that is become the first player to win three World Golf Championship events in the same year after he won the WGC-Dell Technologies Match Play and WGC-Mexico Championship on back-to-back starts in March.

Johnson also clearly likes the course at Sheshan International, where his 24-under-par winning total in 2013 also included a second round of 63.

“It’s always important to get a win no matter what time of year it is. For me, it’s kind of the end of the year but it’s also the start of the 2018 (PGA Tour) season. It would be really nice to get off to a good start.”

Koepka also kept a bogey off his card as he added a 68 to his opening 64, leaving the US Open champion three clear of Olympic gold medallist Justin Rose and Thailand’s Kiradech Aphibarnrat.

Johnson and Koepka are good friends and neighbours in Florida, although most of their time together is spent relaxing or in the gym, rather than on the course.

“It will be fun, nice to play with him,” Koepka said. “We actually talked about it on Saturday when we played at home. I don’t think we’ve ever actually been in contention together.”

England’s Justin Rose was disappointed to bogey the par-5 18th in his 68, but was pleased with his overall performance as he continues to struggle with a shoulder problem.

“It’s nothing major, just a tiny bit of tendonitis,” the world No 13 said. “It’s not impeding my golf. It was a disappointing way to finish. I felt like I was running out of steam a little bit coming in, but it’s my first tournament in a month or so, so to back up a good start with another good round is good and now I feel like I’m into the weekend, which is where you want to be.”