Padraig Harrington cut an unusually dejected figure after a two over par 73 on day two of the Andalucia Valderrama Masters hosted by the Sergio Garcia Foundation.

The Dubliner currently sits in a tie for 53rd, two shots inside the cut mark and should be safely through to the weekend at the close of play today. Still, Harrington was clearly irked by his two over par total and was particularly critical of tournament officials in their refusal to allow players hit drivers off the range prior to going out.
“It was a bit of a struggle, not creating many chances out there.” Reflected Harrington when speaking to Denis Kirwan after his round. “It didn’t help things that we can’t hit drivers on the range and I hit a bad drive to start off on the second hole and I never felt comfortable for the rest of the day, so that’s my excuse anyway.”

Starting on the back nine, Harrington was clearly frustrated having yanked his drive on 11 way left leading to a bogey six at the par-5 he birdied the day before. For Padraig, there was very little logic behind the decision:
“Well there was no reason not to [open the range to drivers] – we couldn’t hit our drivers out of the range this morning because it was cold and into the wind. I could understand if we were hitting out of the range not to hit drivers but we weren’t – at least I wasn’t anyway.”
Harrington steadied the ship thereafter and birdied the par-5 17th, his 8th before immediately giving the shot back on 18 to be out in 37. He couldn’t get much going on the back nine either and was particularly annoyed when bogeying the 9th, his last, when it looked like he could’ve gotten more out of the day just two holes before. 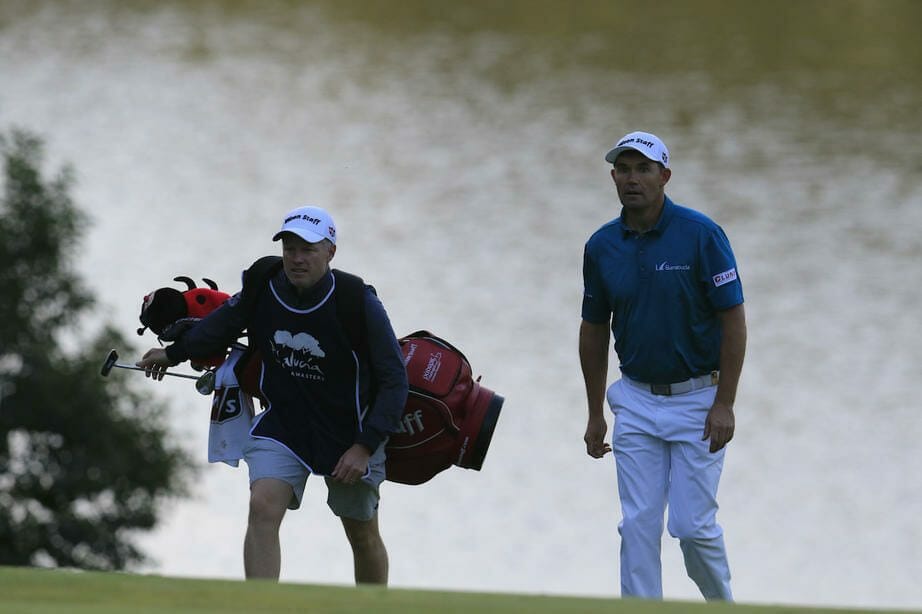 “You’re never happy when you bogey the last hole for sure and it was downwind, pretty easy hole. I had a good chance to get up and down on the second last hole as well [for birdie]. It was a disappointing finish. I felt I could have got it back to level par for the day, finish at two over par. It leaves a little bit of a sour taste.”
Playing with the precociously talented Spaniard, Jon Rahm, for the first two rounds, Harrington was asked for his assessment of one of the game’s rising stars in his first appearance on home soil.
“Yeah he’s a strong lad. He can hit all the shots. This course certainly didn’t suit his style of play but I’m sure every time he plays a course like this he’ll get better as a player. He certainly is a fine striker of the ball and a good putter and all the things as I said, you get him on a stadium golf course and he’ll be hard to handle.

“But then he managed his away around the links at Portstewart so he obviously knows what he’s doing too. This golf course this week just wasn’t his week.”
But will it be Padraig’s? For once, the eternal optimist didn’t seem so sure when pushed on the game-plan that would get him into contention over the weekend.
“It’s always the target to shoot as low as possible. It doesn’t look like I have it in me at the moment so we’ll wait and see.”