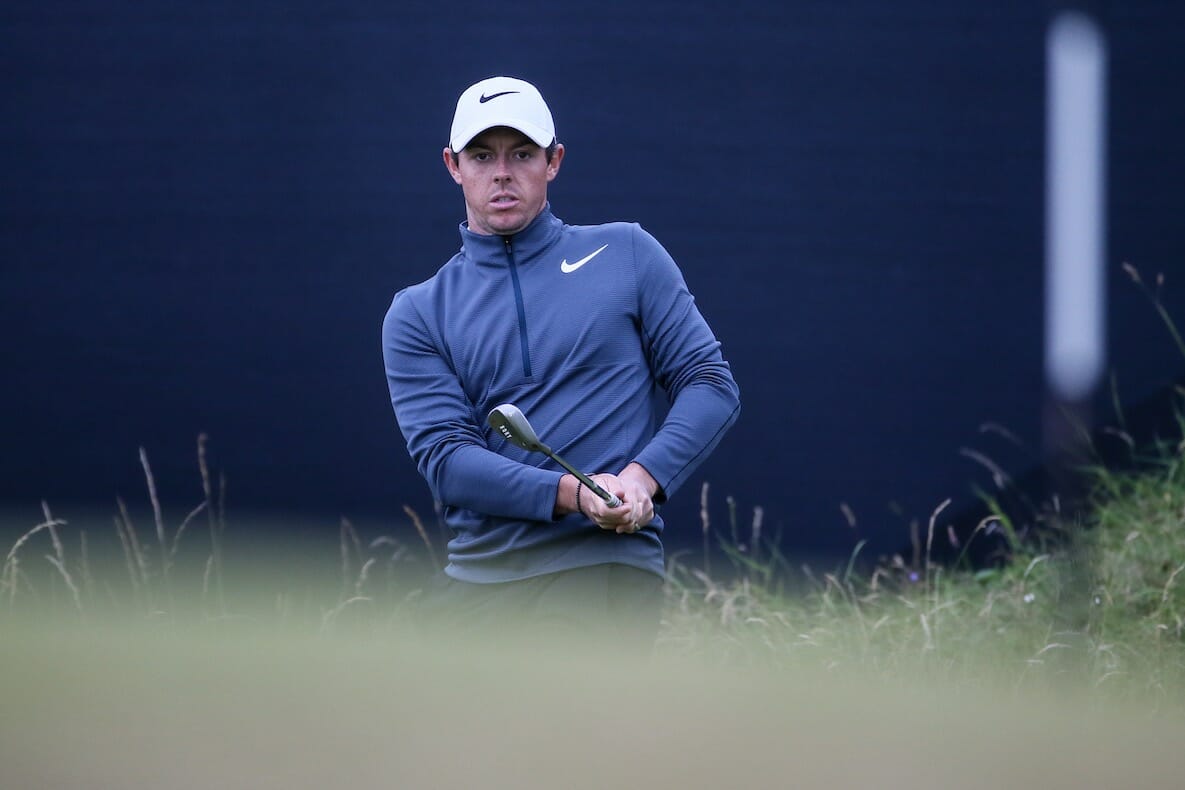 Tournament host Lee Westwood revealed how he twisted Rory McIlroy’s arm over a ‘couple of glasses of wine’ at Sergio Garcia’s wedding to contest this week’s British Masters.

After Justin Rose hosted the 2015 event and Luke Donald greeted his colleagues a year ago, this year it is Westwood’s turn hosting the event at the Close House course.

Westwood, who captured the event in 2007, has long been attached to the club located near Newcastle and in north-east England.
McIlroy’s decision to compete in the event, a tournament in which he made his professional debut in September 2007, came as a surprise to most observers given that for many weeks the Northern Irishman indicated he would contest only the Alfred Dunhill Links Championship following the end of his PGA Tour season.

However, McIlroy did not count on missing out in his defence of last week’s Tour Championship.

As such, McIlroy had to seek an invitation into the British Masters given the now World No. 6 had missed the three-week cut-off point for entering the Stg3m ($US 4.02m) tournament.

“I just got them all drunk and asked them when they were drunk. No, I didn’t, but that would work for me,” said Westwood laughing.
“I had asked Sergio over a year ago and he said yes, delighted to. Obviously I got on with Sergio well for many years and played with him in The Ryder Cup.”

“I then asked Rory at Sergio’s wedding, when we added a couple of glasses of wine and he said if he didn’t get to the Tour Championship, because he’d been playing a lot in the lead up to this and he was playing in the Dunhill as well and he was talking about playing Italy.”

“So, when Rory didn’t get into the Tour Championship he committed pretty much straightaway after that.”

“I don’t know if he’s playing Italy now. Maybe he’s taken that out. I know he’s been struggling with his game, or so people tell me but he’s set pretty high standards for himself.”

“Rory is one of the few players in the world that I would turn out at a golf tournament to watch, the people that you love watching and getting up close. He’s one of the best players in the world. And the likes of Alex Noren who is defending champion, and Graeme McDowell, Ian Poulter, Matt Fitzpatrick, Chris Wood, all these people supporting the event is obviously brilliant.”

“It’s one of the strongest fields we’ve had all year on Tour, I think”.

In fact, the event boasts two of the world’s top-10 in McIlroy and Garcia while defending champion, Alex Noren of Sweden is currently No. 14 in the world.