Clarke four off the lead at MENA Tour in Abu Dhabi 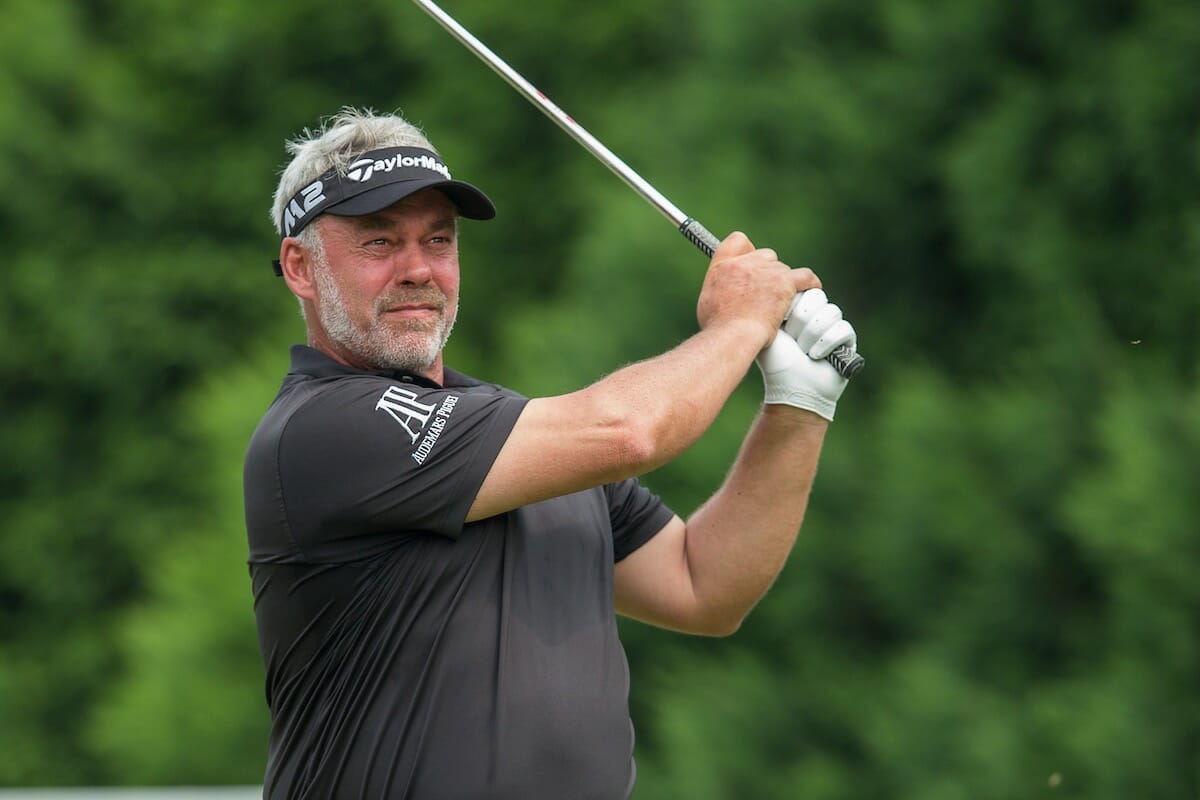 Former Open Champion, Darren Clarke, in his second MENA Tour event in three weeks posted three birdies and just one bogey in a round of two-under par to be four off the lead and only two adrift of English-born amateur Todd Clements in second place with a 68.

Kyle Barker leads the tournament having grabbed five birdies, including three in a row from the first, to turn in 31 before off-setting his lone bogey on the 10th with further birdies on the 13th and 16th as fading light forced play to be suspended leaving 12 players still to complete their round on the Kyle Phillips designed course in the UAE capital.

Clements, who boasts a tied second and 17th in the last two MENA Tour events, continued his impressive run, posting a solid 68 that left him alone in second place as he stayed on course for the strong finish he needs to break into the top 50 in the World Amateur Golf Ranking.

Sharing third a further shot adrift was an eight-man group that included England’s Zane Scotland, a 10-time MENA Tour winner, and South Africa’s Wayne Stroebel, who produced the shot of the day, acing the 141-yar par-3, 13th with a pitching wedge for his first career hole-in-one.

It was young Barker though who took centre-stage with a near-flawless round. “Everything flowed quite smoothly out there. I struck the ball beautifully, putted nicely and my approaches were relatively close, creating a plenty of birdie opportunities,” said the South African, who is playing the event on a special MENA Tour invitation.

“I had a lot of fun playing on this course, which is in great condition and look forward to having some more good time in the next two rounds,” said the young prodigy, who turned professional in 2016.

An initiative of the Shaikh Maktoum Golf Foundation, the MENA Tour was created in 2011 with the aim of developing golf in the region. It is affiliated to R&A, the worldwide golf governing body based in the home of golf, St Andrews, and the Arab Golf Federation and enjoys the Official World Golf Ranking (OWGR) status.

A guaranteed spot on the PGA Tour’s 2018 DEAN & DELUCA Invitational (for the MENA Tour champion), multiple European Tour starts, including the Omega Dubai Desert Classic, the Maybank Championship Malaysia, and the KLM Open, are some of the added incentives that await MENA Tour members, in addition to playing privileges on the Sunshine Tour, and exemptions into the Final Stage of the Sunshine Tour and Asian Tour Q-Schools.