Lowry strikes while the iron’s hot for sizzling 64 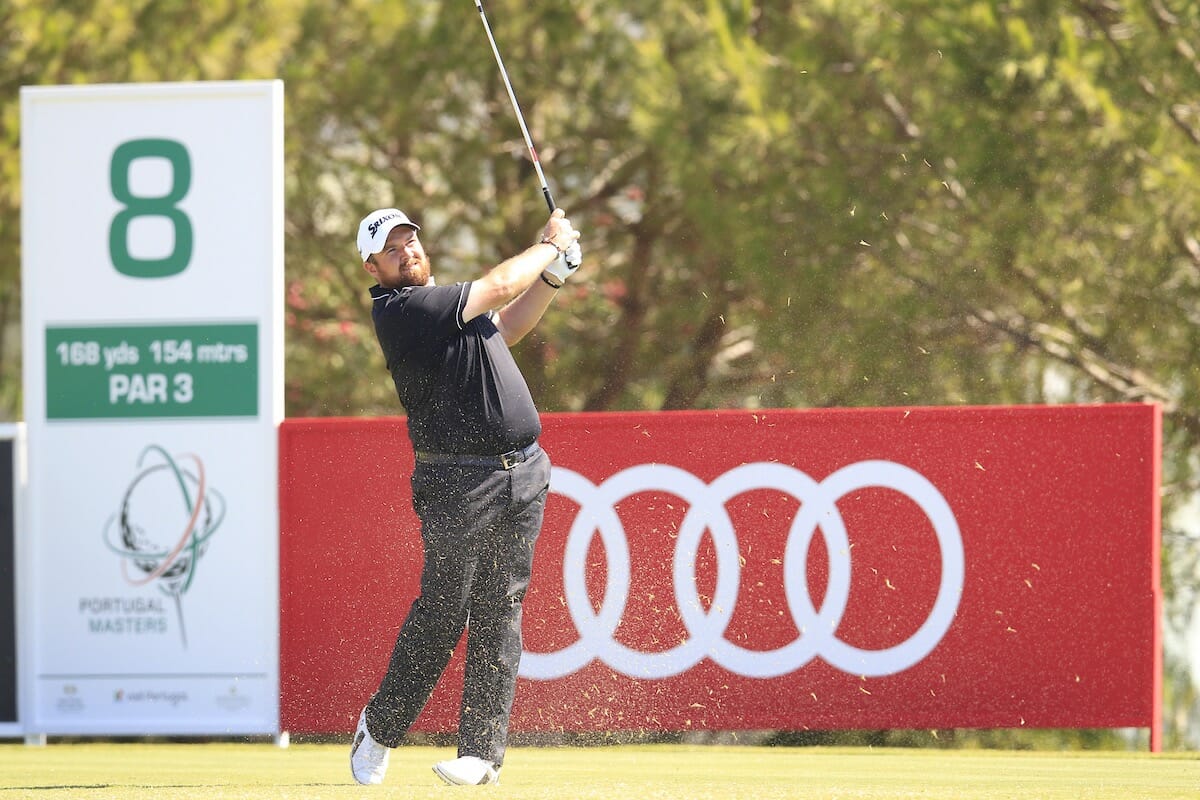 Shane Lowry produced his lowest round in over three years to be knocking loudly on victory’s door in his bid for a second Portugal Masters success.

Lowry, winner of the event in 2009, his first as a professional, snatched eight birdies and dropped just one shot in a sizzling seven under 64 in ideal conditions at the Victoria course at Vilamoura.

The Italian, competing in the very last group, birdied two of his closing three holes for a second straight 65 to lead by one shot at 12-under par.

The duo of Scotland’s Marc Warren, who also shot a 64, and Dane Lucas Bjerregaard (65) share second on 11-under.

Lowry’s score was his best since a 62 on day one of the 2014 BMW PGA Championship, where he eventually finished second.

“I am disappointed with my bogey on seven because I felt like I hit a decent putt and it just wiggled a bit right but it was lovely to finish with two birdies, especially to shoot 64 and put myself in a really good position going into the weekend,” said Lowry.

“I am very excited for the weekend and looking forward to getting out there tomorrow and seeing what I can do.

“If anything it was quite tricky in the afternoon. The wind got up a lot so, yeah, it was one of those where I just wanted to play my way into the tournament.

“I managed to hole a great putt on the last there to shoot two under yesterday and then I got out and just got after it today.

“I made a few birdies early on but they dried up in the middle and then at the end I was on fire.”

Now Lowry will look to draw on memories of his Portugal Masters success eight years ago as he endeavours to boost his current 86th ranking on the Race To Dubai.

“It was my first win as a professional so it was very exciting at the time and I can’t believe it’s eight years ago,” he said.

“It’s a long time ago but I still have very fond memories here. I put myself in a really good position going into the weekend. I’m excited about the weekend, looking forward to getting out there tomorrow and seeing what I can do.

“I’m playing the next three in a row after this and hopefully I can move my way up the Race to Dubai and pick up a few Ryder Cup points. That’s my aim for the rest of the year.”

Defending champion, Padraig Harrington is also very much in the hunt for a 16th Tour triumph posting a second straight 67 to be sharing 11th place at eight-under par.