Dustin Johnson says it sucks he and Rory got injured 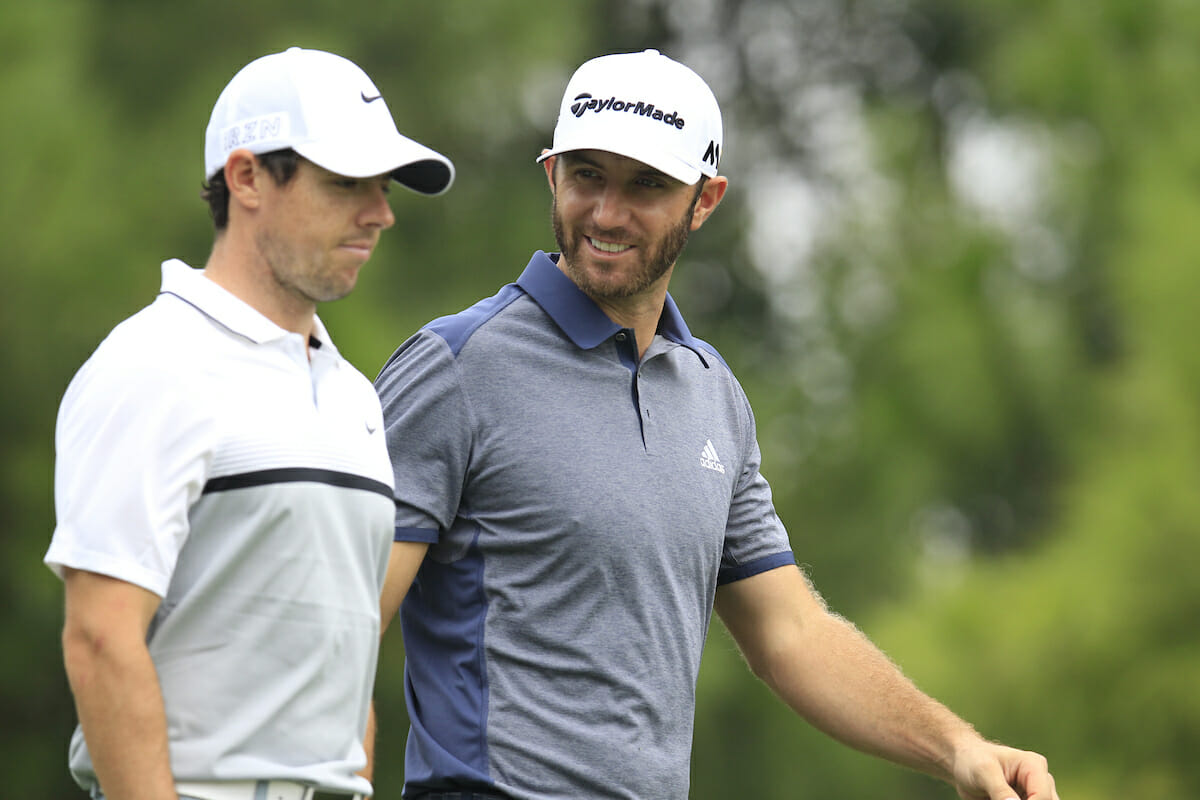 In April, Johnson arrived at Augusta National a red-hot favourite to capture the Masters having captured three events in succession.

But then of the eve of the new season’s first Major Johnson slipped down the staircase of his rented Augusta house injuring his back and forced out of the Masters moments before tee-off.

McIlroy’s season was spoilt by injury even before hitting his first competitive tee shot at the SA BMW Open in South Africa and then after six weeks on the side lines, McIlroy aggravated the injury on the Monday of the Players Championship.

It eventually resulted in the four-time Major winner failing to qualify for his defence of this week’s PGA Tour season-ending Tour Championship at East Lake in Atlanta.

Twelve months ago, McIlroy stormed through the field on the final day to eventually defeat American Kevin Chappell in a play-off to collect both the Tour Championship and FedEx Cup trophies.

“It sucks and I feel for Rory as I was playing so well leading into Augusta and I had everything dialled in so well heading to the Masters, so I can understand first-hand how frustrating the year has been for him,” said Johnson.

“As for myself, I was swinging the golf club the best I had ever done.  I was ultra-confident having won three events in a row and everything was really solid.

“So, to get the injury I did, and it was such a freak injury, just de-railed everything for me.

“And standing here now I am still struggling to get my swing back to where it was when I got to Augusta, so it’s still not the same as it was in winning three times.

“It’s getting there but it’s not the same and it’s all due to that fall down the stairs I had.

“It did take a long time for my back to heal and while the back is fine now, my golf swing is still aching.

“So, I can sympathise with Rory 100% that he just wants to shut down his season.

“We all know, the only way any injury is going to heal properly and that is to give it rest, and even though Rory’s been playing all he is doing is aggravating the injury so he wise to take a long break from the game.”

Johnson shared the lead on day, leading on day two and in a tie for the lead with a round to play but only to shoot a disappointing last day 73 and watch from the clubhouse as McIlroy defeated his good friend, Kevin Chappell with a birdie at the first extra hole.

This week ‘DJ’ tees-up at Eastlake third on the FedEx Cup standings and with all sorts of scenarios in place for the father of two to win the FedEx Cup.

However, Johnson again is taking the thought of winning some $US 11.5m all his laidback stride.

“There is obviously that’s a lot of money but it’s not going to change my life or anything,” he said

“You know, it’s more — for me it’s more about winning the TOUR Championship and becoming the FedExCup champion than it is about the money.