There’ll be no shortage of Team Ireland supported players competing at this week’s long awaited Irish Challenge, hosted by Mount Wolseley Hotel, Spa and Golf Resort. As the Road to Oman nears its end, a number of home favourites will be hoping to make a late impression on the standings, and where better to do so than back on Irish soil.  It’s free for spectators to go and watch so get yourself down there!

Of those teeing it up in Carlow, there’s no doubt Gavin Moynihan will be the one harbouring the most attention. The former Walker Cup star has lit up the fairways this season and he’s doing anything but resting on his laurels now. Stalking the top-15 in the rankings in 27th place, the man from The Island is targeting a win and automatic promotion to the European Tour next season. With a runner-up finish already to his name this year, Gavin is looking to go one better to end his year in style.

With eight career top-10 finishes on the Challenge Tour, Rosapenna’s Ruaidhri McGee will be hoping to finally make a breakthrough on one of the most testing stages in golf. McGee got his season off to a flier at the Turkish Airlines Open but will be looking to relight the fire with time running out, particular given that many of the Challenge Tour’s “big hitters” are saving themselves for next week’s Kazakhstan Open.

For the likes of McGee, there is still much to play for. Currently in 76th position on the Oman rankings, he’ll know that players finishing in the 16-45 bracket in the race may gain qualification to certain European Tour events, and can then improve their status at European Tour Qualifying School. Cormac Sharvin is one of those players needing a minor miracle. It’s been an underwhelming season for Sharvin in 97th position but it only takes one big week to turn fortunes on their head. 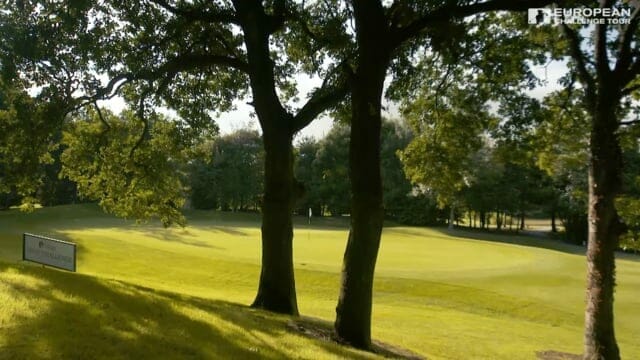 Waterford’s Gary Hurley is one who’ll be hoping to restore some pride having mainly struggled this year. Chris Selfridge has been injury ravaged this term but his form of last season, which included two top-5s, is surely brimming at the surface, eager to burst through. Whereas Kevin Phelan will be hoping to build upon an encouraging performance last week at the Bridgestone Challenge, where he finished in a tie for 44th despite a quiet weekend.

Elsewhere, there are starts for Neil O’Briain and Kevin Le Blanc, who replaces late withdrawal Brian Casey, through Team Ireland Golf. Offaly’s Stuart Grehan, the recent Mullingar Scratch winner, will be among three amateur also taking part thanks to Team Ireland Golf. He will be joined by Robin Dawson and Colm Campbell.

Dermot McElroy and Reeve Whitson have opted to compete on the EuroPro Tour instead of travelling home for the Challenge Tour event.
The Road to Oman might not be the most popular route taken at this time of year, but there’ll be no telling that at Mt Wolseley this week. 27 tournaments spanning 21 countries, those competing on the European Challenge Tour’s roster all started out with one shared dream – earning a European Tour Card. Irish golf fans will recognise the effort and if the recent Modest! Northern Irish Open at Galgorm is anything to go by, then anyone attending in Carlow this week is in for a real treat.