Betting preview tips for this week at the BMW Championship 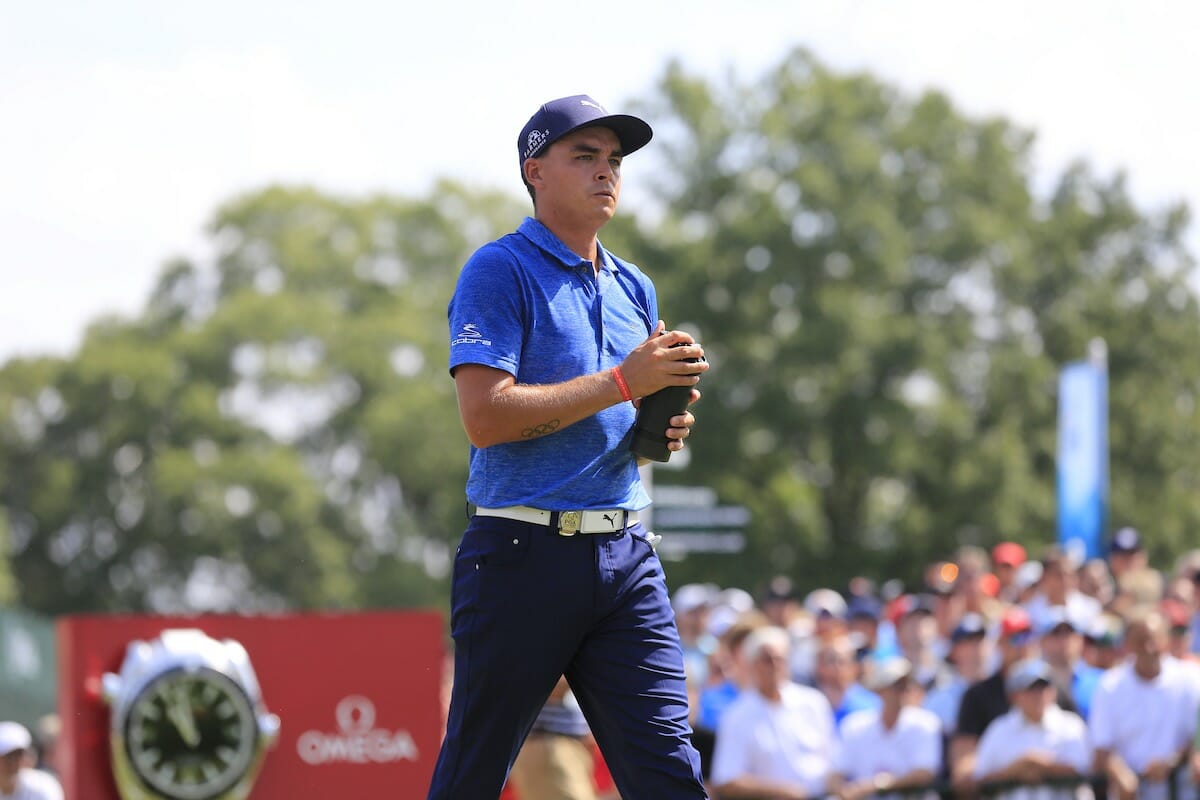 Doc has stared aimlessly into his crystal ball again and come up with a list of players to watch out for this week at the BMW Championship. He has a good pedigree in these matters so if you fancy a flutter take a look!

Favourites Discussion
With Dustin, Jordan and JT all vying for the favourite slot and at ridiculously low pre tournament odds I see that Rickie Fowler is at an almost forgotten about 14/1.  While you could argue he’s lacking the killer instinct to get over the line the season I’m on the side that sees eight consecutive top 25 finishes going all the way back to the US Open and a man poised  to swoop for the Fed Ex Cup. T4 here at Conway Farms when it last hosted in 2015.

It’s a reduced field of 75 this week and one look at the bookies odds shows they are being ultra cautious.  However I’m still seeing some decent each way chances.

Henrik Stenson 25/1
Henrik Stenson at 25/1? This one is a downright mistake by the bookies.  The Swede is back to his best with five consecutive top 20’s and notching a win at the Wyndham on his second to last outing.  Loves a late season charge and I may stand corrected but I make it nine wins for Henrik between September and December as a professional. T10 at Conway Farms in 2015.

Paul Casey 22/1
Casey has been good for us this past few weeks so we have to stick with him.  As we’ve seen so many times, Casey almost seems happiest in the places and his T4 at The Dell and solo 5th at the Northern Trust extended his run of top 20 finishes going all the back to The Open.  Solo second to DJ in this event at Crooked Stick last year.

Jason Day 18/1
After a T9 at Quail Hollow and a T6 at Glen Oaks I thought Jason Day would be a danger man at the Dell Technologies.  A first round 75 put paid to that but I was still impressed how he battled to a T25 finish and think he will have his say before the Fed Ex Cup ends.  The Aussie is the horse for the course at Conway Farms having followed a T4 in 2013 with an all conquering win in 2015.  Might be priced a little tight given the form of the field but still worth an each way flutter.

Daniel Berger 66/1
Of course I’d love to tip Hideki and Rahmbo as my last two picks, but I have to look for some value down the field.  Daniel Berger possibly benefitted from the week off more than most to regather himself, rest and practice after a run of three poor events in the The Dell, Northern Trust and PGA Championship and he could be a value pick this week from 66/1.  Solo second here in 2015 when Jason Day pummelled the field and winner of the St Jude this season.

Kevin Na  70/1
Yes even I wince tipping him but at the very least you know that ould Kev is going to try his heart out for you.  He’ll agonize over every shot, discuss it ad nauseam with his caddie and be the playing partner from hell but hey, if it helps the bank balance we’ll endure it!  In all seriousness though Na’s return to form of late has been remarkable with a T4 at The Wyndham and T6 at The Dell and he’ll itching to get going this week. Slowly mind!

Long Odds Glory Shot: Zach Johnson 80/1
When Jason Day won with 22 under at Conway Farms last time it staged this event it looked a wham bam world apart from the golf Zach plays week in week out.  But that’s the beauty of golf. Who won at Conway Farms in 2013? Zach Johnson.  Poor form in his last three but a solo second and million dollar paycheck at the WGC Bridgestone last month makes him dangerous.