McGovern jumps up to 16th on Senior Tour order of merit 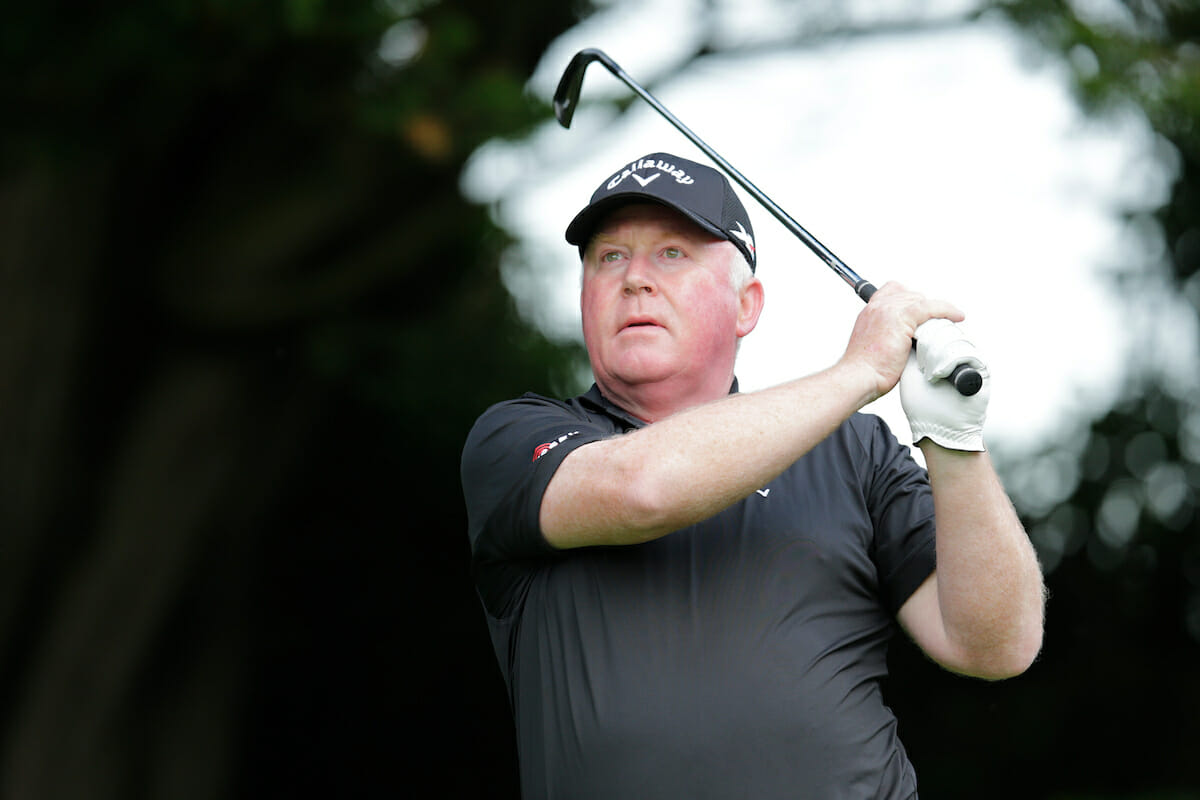 Brendan McGovern jumped  up two places to 16th in the European Senior Tour Order of Merit as he finished tied for 11th in the Senior Italian Open presented by Villaverde Resort.

McGovern was three behind the leaders after Saturday’s second round and reached the sixth fairway at Golf Club Udine on Sunday morning before play was suspended, and then abandoned, due to severe rain and the threat of thunderstorms later in the afternoon.
McGovern picked up €7,700 and is now well on course to retain his card with €70,928 earned from nine starts and just three regular season events to go before the season-ending MCB Tour Championship in Mauritius.

At the top it was a change of fortune for last week’s Runner-Up Clark Dennis, as he secured his first European Senior Tour title when he beat Peter Fowler in a play-off after the third round was abandoned.
The pair went to the 18th fairway, which had been converted into a 162 yard par three hole, to play-off for the title.
Both found the green with their tee shots and Dennis converted his birdie putt from 15 feet, with Fowler’s just missing, handing the American his first Senior Tour title, just a week after finishing second at the Travis Perkins Masters at Woburn.
“This is a real monkey off my back,” said Dennis, who had four top-five finishes to his name prior to this week. “I have spit the bit a few times this year, but feel like I’ve played well in a lot of instances.

“Yesterday when I made a triple-bogey on 15, I didn’t feel like it was my fault; but to make a birdie on the 17th after that was great. It was very important to make that birdie, my second shot was probably my best of the day and I hit it to a foot.
“I played yesterday like it was the last round; with the forecast we knew there was a good chance we wouldn’t finish play today.  It was so difficult going out there this morning, I knew that if we played the scores would not be low. When I saw the greens start to puddle up, I knew we would not be able to continue with all the casual water on the greens – finishing the way we did was the fairest solution, but I understand why the tournament director sent us out to play today.

“We were under a lot of pressure on that play-off hole. I would have rather been ten under par yesterday and not have to do it. Peter hit a great shot and made a great putt which just missed. But I made a nice putt to win and it’s a good feeling.”
Fowler, who recorded his best finish since last year’s Scottish Senior Open, was gracious in defeat.

“Unfortunately that’s the way it goes sometimes, but the team did a great job to make the course playable this week and it was a good tournament,” said Fowler.
“Clark’s a fine player, he’s been really hot this year in patches and it’s great for him to get a win. I played the play-off hole very well, hit a great tee shot and made a great putt. It just didn’t go in, and that’s the way it goes.”
Denmark’s Steen Tinning and South Africa’s Chris Williams shared third place on six under par and six players, including double Senior Major Champion Roger Chapman and former Ryder Cup players Barry Lane and Jarmo Sandelin, shared fifth place.