Bridgestone blues as Phelan fades to 44th in Luton

Waterford’s Kevin Phelan was the only Irish player to make the cut at a rain-interrupted Bridgestone Challenge. Phelan was well placed going into his final two rounds, but failed to capitalise on a good start, posting 72, 70 to finish on 20 points, good enough for a tie for 44th position.

Of the other Irish in the field, Cormac Sharvin was unlucky to miss out on the weekend action by one point. Ruadhri McGee’s second round 68 wasn’t enough to get himself inside the cut mark, falling short on six points alongside Dermot McElroy. While it never got going for Neil O’Briain this week either, languishing on two points after 36 holes. Chris Selfridge was disqualified.

It was Swede, Oscar Lengden, who produced an outstanding closing display worthy of clinching a maiden European Challenge Tour title.
Lengden entered the final round at Luton Hoo Hotel, Golf & Spa 12 Modified Stableford points off the lead – in what is a new format for the Challenge Tour this week – but fired his way back into contention with three birdies over the front nine.

The 25 year old, who came into the tournament in fine form after a career-best result of tied fifth at last week’s D+D REAL Czech Masters, then bagged two more gains at holes 10 and 12, but it was over the closing stretch where his class shone through.
After third round leader Nicolai von Dellingshausen made a double-bogey at the 14th, a gap opened for Lengden who took his chance with aplomb by carding back-to-back birdies on 16 and 17 before draining a 30-foot putt for eagle on the last.

After signing for a closing 62, Lengden was forced to wait to see if his rivals could match his 49-point total.
With the chasing pack failing to overtake him Lengden held on for his third professional title – which he confessed might never have happened had he chosen to take up the spot he was offered at the Omega European Masters from his result last week.
“It turned out to be a really wise decision to come here,” he said. “I had a really good week in Prague so my confidence was up and I wanted to play in Switzerland to get the experience but at the same time I hadn’t done that well on the Challenge Tour this year.” 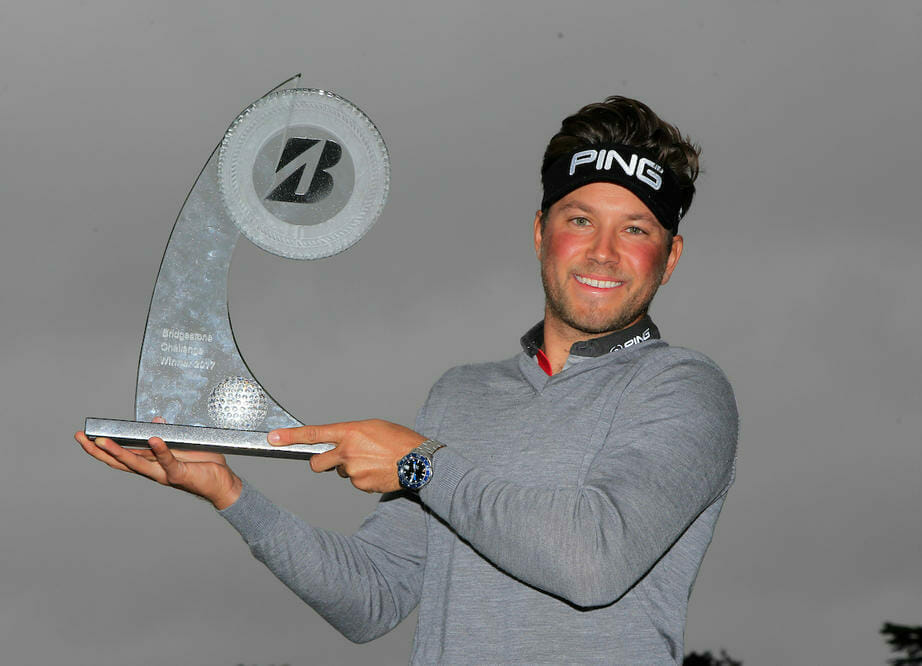 “At first when I saw the putt on 18 I thought that I was best going for a lay-up but at the same time I thought to myself that I didn’t have anything to lose. I thought to myself ‘you should probably try to make this’ and I did and it was pretty firm and in the middle of the hole.
“It will definitely help me a lot for the rest of the season – my confidence is really high now – and I am looking forward to next week as when you’re playing well you just want to keep playing.”

After his victory in Luton Lengden moves up to 14th place in the Road to Oman Rankings, while runner-up von Dellingshausen rises 104 places to 64th after just three appearances on the Challenge Tour this season.