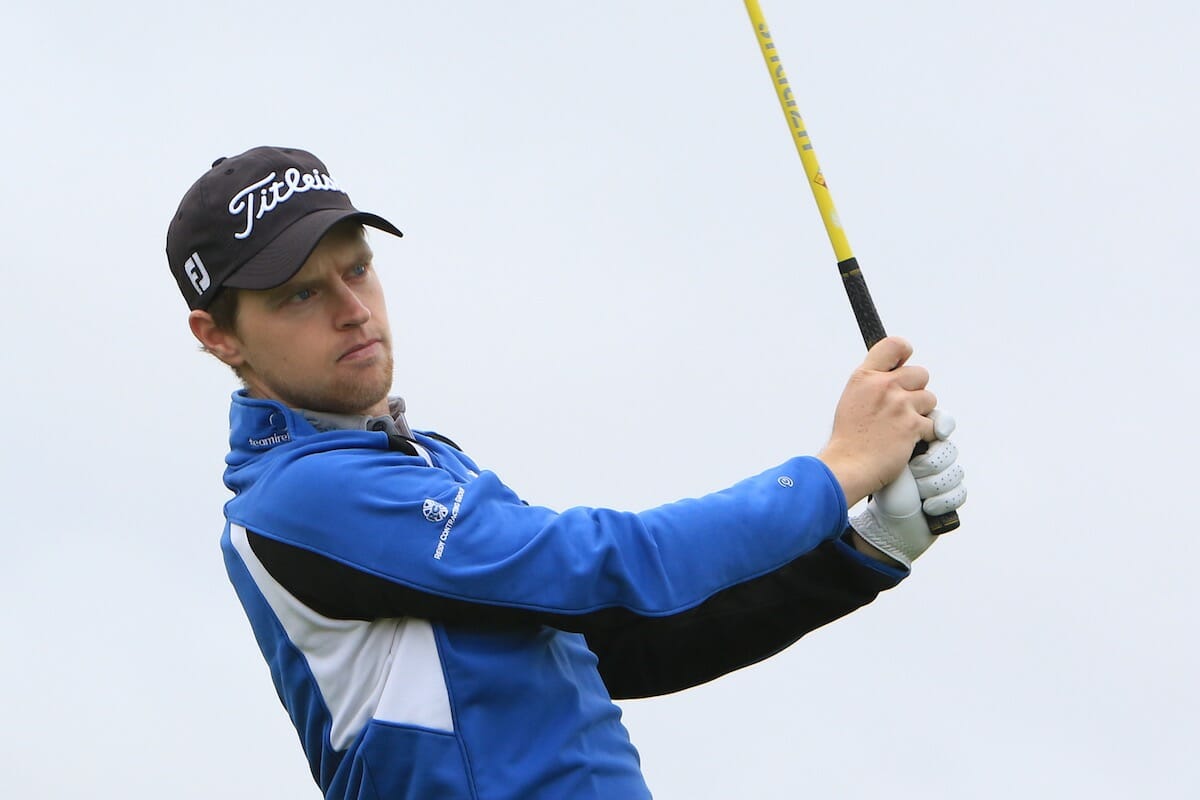 Kevin Phelan would’ve been cursing his luck as heavy rain brought an end to his charge up the leaderboard on day two of the Bridgestone Challenge at Luton Hoo Hotel, Golf & Spa.

Phelan had just notched back to back birdies to take his round to four under par through 12 holes in the innovative stableford event, before thunderstorms and incessant downpours stopped play for the day. The Waterford man is tied for 7th place on 15 points in the modified stableford format, the first of its kind in European Challenge Tour history.

Cormac Sharvin is another of the Irish contingent who will be hoping he can pick up where he left off on day two. A brace of birdies got Sharvin to 13 points for the tournament before the adverse weather halted all momentum.

The news wasn’t so good for Dermot McElroy who’s languishing in a tie for 69th place with three holes to play of his second round. Rosapenna’s Ruadhri McGee was two under par for his day when play was called in, but with only three holes to go also, he’ll need a quick start today to feature on the weekend. McGee currently lying one behind McElroy on four points in a tie for 83rd.

Of the rest and with serious work to do, Chris Selfridge sits in 111th position with three holes to play, while Neil O’Briain is yet to tee off in his second round after a disappointing opening effort of 74.

At the business end of proceedings, Joel Girrbach fired four birdies before heavy rain flooded the course at Luton Hoo Hotel, Golf & Spa.
The Swiss took the first round lead by carding a 64 that saw him amass 16 points and showed no signs of letting up on day two.

The 24 year old followed up the nine birdies he made on day one with four more gains yesterday, taking his total to 24 points as he stood over a birdie putt on the ninth green – the final hole of his second round.

But after thunderstorms and a heavy downpour Girrbach was unable to finish his round as the day ended prematurely – but he was relieved to have played so well after a testing day which included four hours of delays.

“I played really well again,” he said. “I had a bit of a shaky start after making bogey on the first hole, but I found my rhythm again and made some really good shots – I am really happy with my game at the moment.

“It was very hard today. After the four-hour delay I had a tricky up-and-down on the sixth, my 15th hole, and it was such a relief to make that for par.

“The rain started to fall again as I played seven and eight but I made two really good birdies, and it gives me a lot of confidence to have played so well after such a stop-start day.

“It makes it a bit easier for me now as I have effectively put a really good score on the board. I still have about nine yards to go of my second round, so I need to focus tomorrow morning, but I can enjoy my evening after nearly finishing today.”

Of the few players who finished their second rounds today, Austria’s Matthias Schwab holds the clubhouse lead after following up an opening 67 with a 68 for a 16-point total.

Home favourite Tom Murray bagged an eagle and three birdies en route to a 66 which saw him claim 11 points – the round of the day in Luton.

With only nine players completing 36 holes over two days, the majority of the second round will take place today – and will start at 8am local time.