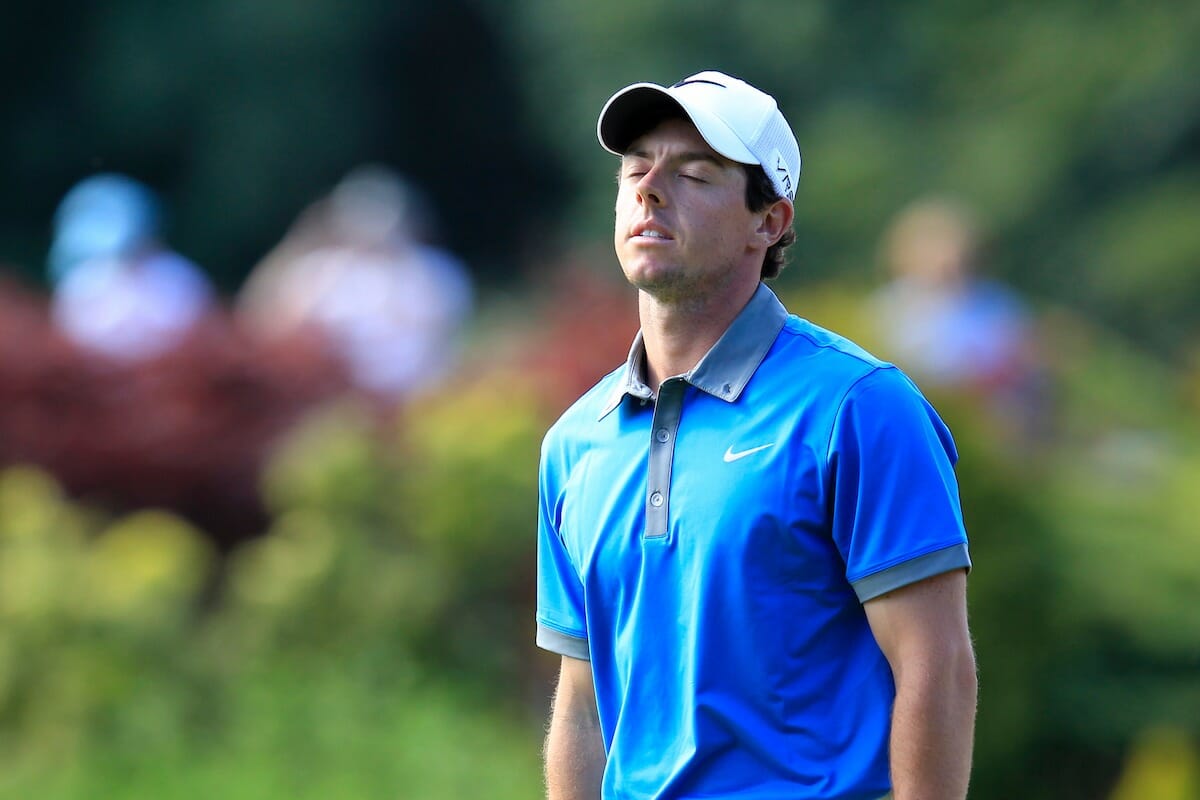 Rory McIlroy confessed he can’t wait for a frustrating season to end after missing the cut in the defence of his Dell Technologies Championship in Boston.

McIlroy again showed little spark in adding a three-over par 74 to his opening 72 on day two at  TPC Boston.

It means the current World No. 4 will has two events remaining this year, his defence also of the season-ending Tour Championship and next month’s Alfred Dunhill Links Championship in Scotland, to keep alive an unbroken run of having won at least one event a year since 2008 and his first full season in the play-for-pay ranks.

It is just the third time in 22 worldwide victories McIlroy will have sat out the closing two rounds in teeing-up in the  following year’s title defence.

McIlroy’s Boston second round, and close the home stadium of defending Super Bowl champions the New England Patriots, was a sour mix of three birdies, four bogeys and a hurtful double bogey at his 14th hole where his 309-yard drive landed left in a native area and from where he two shots to get out.

But then to his enormous credit, and in a continuing reflection of his character, McIlroy happily spoke after his round with three ‘written’ journalists who approached the 28-year old for just a comment but ended-up chatting for close to five minutes.

“I got off to a decent start with birdies at my third and fifth holes but then three-putted from nowhere on my sixth and I’ve had a couple of simple mistakes like that the last couple of days that have been costly,” he said.

“I then made a bogey with a wedge in my hand at my 10th and it is just sloppy mistakes like that I find is hurting my game.

“Usually I am able to get things up-and-down and I guess I am just waiting for the season to end and that’s reflective in the way I am playing and the way I am thinking at the moment.

McIlroy is projected to drop seven spots to 50th on the FedEx Cup standing but assured of qualifying among the top-70 who will contest the September 14th BMW Championship.

The BMW is the third of the four FedEx Cup Play-Off events and with McIlroy to then defend the September 21st commencing Tour Championship.

And when asked if there was a part of McIlroy that hoped he had the last two rounds off, and in what can only be described as a very frustrating year, he remarked:  “No, not really as if I get to play here in Boston for the next two days means I get to spend two extra days at home for Thanksgiving in Florida.

“So, that is the reason why I wanted to spend all four days here in Boston.  If not, it is two days off and I will have to play better in Chicago and try and make it to Atlanta.

“It is all just frustrating at the moment but then I have been caught in two minds for the last couple of months between just trying to play well and I feel like I can but it is just not really happening.

“It could be like taking two steps forward but taking one back but I really just feel I am standing still”.