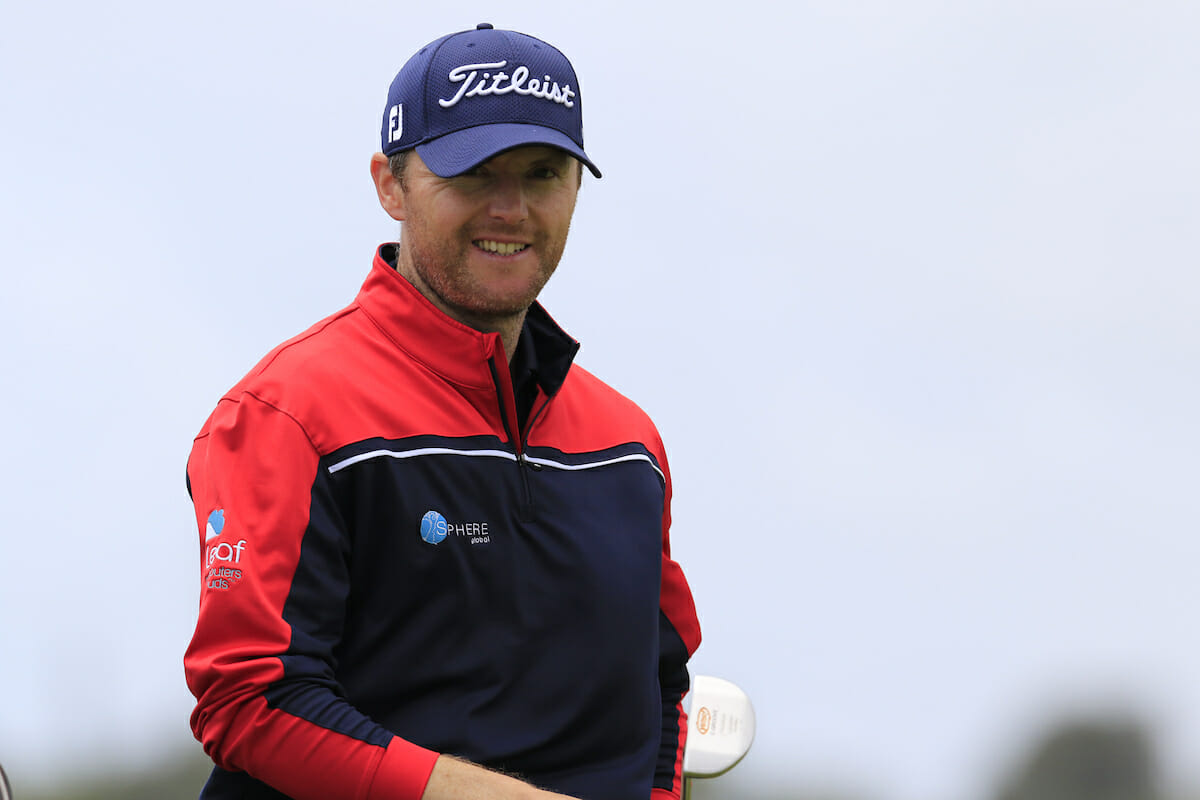 There were sound starts for Michael Hoey,  Gavin Moynihan and Kevin Phelan at the rain affected Cordon Golf Open at Golf Blue Green de Pléneuf Val Andre. Hoey leads the Irish challenge on -2  while both Moynihan and Phelan fired fine one under par 69s to open their accounts as thunderstorms and heavy rain meant much of the field failed to complete on day one.

Hoey has only completed ten holes and will have an early start on Friday to catch up. There was no such fears for Moynihan who’s been in fine form on the Challenge Tour this season. Out early, it was a stuttering start for the man from The Island who mixed two bogeys and a double to make the turn at three over par. Yet such is the belief he has shown in his game this season, his resolve wasn’t to be broken. A birdie, eagle bonanza to open his back nine brought parity again and a tidy birdie at the par-3 15th catapulted Gavin into the red for the day.

Phelan’s round wasn’t quite so dramatic but an eagle on his second, the 11th, was the ideal way to start his tournament. However, three bogeys over his next ten holes suggested that Kevin’s struggles this season were set to continue, but for a fine comeback from the Waterford man, birdying his 15th and 18th to sit him aside Moynihan on minus one and in a share for 28th position.

Rory McNamara carded an opening 73 (+3) while Cormac Sharvin also sits on that mark but after only completing nine holes. Tommy O Driscoll carded a 74 while there was more injury woe for Chris Selfridge as he retired after eight holes. Selfridge was on -2 at the time and playing well.

Above their heads but well within their reach, Nico Geyger sets the pace on six under par, despite only getting through ten holes of his opening effort.  The Chilean started his round with four straight birdies before two more either side of the turn took him to six under par, one ahead of the clubhouse leader Thomas Perrot, when play was suspended for the day, initially for lightning and then due to a waterlogged course.
Geyger’s best result this season was his unfortunate 11th place in Northern Ireland earlier this month, where he lost in his first stroke play match courtesy of a remarkable albatross on the final hole by Ricardo Santos, but he is hopeful of a good result to improve his Road to Oman Ranking of 91st.

“It’s unfortunate to have a delay, especially when you’re in the middle of a good round,” said the 31 year old. “We had rain early in the round but it was still ok, then it was good, but it’s the same for everyone when a delay happens.
“I’ve been hitting my irons really well and obviously making a lot of putts, but nothing really different from the rest of the year – I’ve been hitting the ball nicely, just some days it goes even better than others.
“It’s true, I am now in a position in the year where I start to need a good result rather than just hoping for one, but I’ve been playing really well all season – I’ve been making lots of cuts, just not finishing well enough.

“Making cuts shows I’m playing really well and this is just more of the same, now I’ve just got to keep on going and at some point I hope that run of making cuts but finishing 30th or 40th comes to an end.
“Northern Ireland was frustrating for sure. It was one of the good weeks, I was playing well and was only three shots off the lead in the regular stroke play event, then the last day wasn’t quite what I was expecting – especially it finishing with Santos making an albatross.
“But I gave myself a chance and that’s all I’ve been trying to do all year round and that’s what I’ll keep trying to do because there’s nothing else you can do, you just have to stay positive.”

Out in the perfect morning conditions, Perrot’s five under par round of 65 featured an eagle and three birdies, while his compatriot Pierre-Yves Rolland – playing at his home course as a qualifier – shot an impressive 69.
Of the other morning starters to complete their rounds, Jules Coupade, Oliv Rozner and Marcel Schneider were the most notable, all signing for rounds of 66 to sit two off Geyger’s overnight lead.