Harrington breaks run of missed cuts at the Wyndham 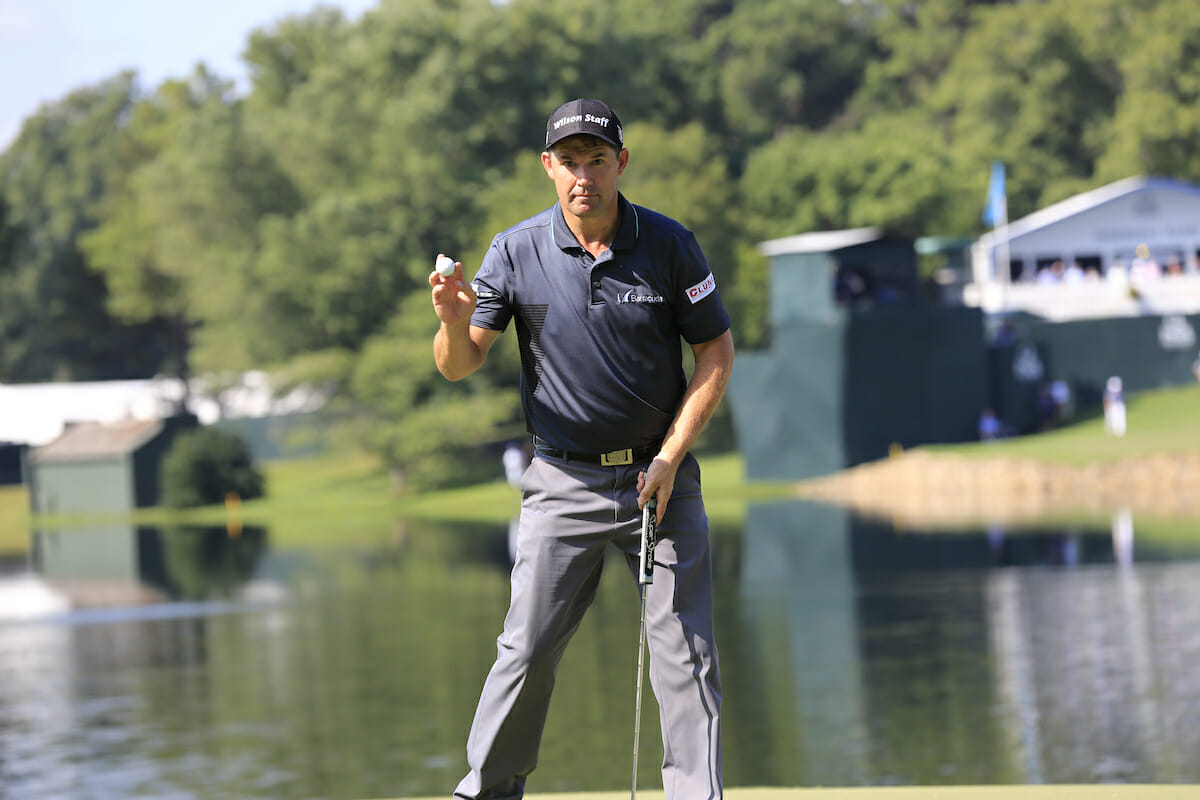 Padraig Harrington delighted his watching family with the assurance of ending a run of three missed cuts in moving to six-under par tally after two rounds of the Wyndham Championship.

Harrington battled the continuing stifling sauna-like conditions adding a two-under 68 to his opening score of 66 to be inside the top-20 on the Sedgefield Country Club course in suburban Greensboro.

The triple Major winner sandwiched five birdies, including two in succession at 16 and 17, in between a second hole double and three-putting the last for bogey.

“I just didn’t hole the putts today and four of my five birdies I hit my second shot stone-dead,” he said.

“But after taking a double at the second it was a case of all hands on deck at that stage so to play the last 14 holes in four under is pleasing”.

Among the first to greet Harrington was wife, Caroline and 13-year old son, Paddy.

Harrington arrived in Greensboro having missed the cut in last three events including his return last month to Royal Birkdale.

The trio of Shane Lowry, Seamus Power and Graeme McDowell were out in the afternoon half of the draw in the $US 5.8m event.