No-one in the year’s final Major enjoys a better record at Quail Hollow than McIlroy. He has won twice on the suburban Charlotte course first in 2010 thanks to a stunning new course record final round 62, and then the Wells Fargo Championship in 2015.

Of his 13 wins on U.S. soil, there has been only two venues where he McIlroy has won twice, Quail Hollow and TPC Boston.

“I got my first win on the PGA Tour there seven years ago.  It doesn’t seem like that long ago but, yeah, it is great to be going back this week.

I love the golf course and feel like I always play pretty well there, so just excited to be back” said McIlroy.

Seven years ago, just days shy of his 21st birthday, McIlroy had been on the verge of missing his third cut in a row. He was two shots over the cut line with three holes to play late Friday afternoon when he fearlessly hit a 4-iron from 206 yards into the breeze over the water to 6 feet.

The eagle ensured he made the cut right on the number.

Fast forward to Sunday and McIlroy’s proud father, Gerry was in a jam-packed clubhouse at Lough Erne, one McIlroy’s then sponsors, watching TV coverage and cheering wildly as his son produced a last day that was nothing short of amazing.

McIlroy played his closing five holes in 5 under, and finished with six 3’s on his card, for a four-shot victory over recent Masters champion Phil Mickelson.

The curly-haired, freckle-faced McIlroy closed out in grand style, draining a 40-foot birdie the 72nd before thrusting his right fist in the air as the crowd saluted the dawn of a true superstar.

“I suppose I got into the zone,” McIlroy recalled. “I hadn’t realized I was going in nine or 10 under. All I knew I just know I got my nose in front and I was just trying to stay there. So, to get myself tied for the lead with nine holes to play and go out and shoot 30 on the back nine, that was the best performance of my career so far”.

It has now been three years since McIlroy won in near darkness at Valhalla in Kentucky in capturing a second PGA Championship as he seeks later this week to join only four other golfers in the 101-year history of the event have won three Rodman Wanamaker Trophies or more.  And while Spieth must be favourite on the back of his Royal Birkdale triumph, the Texan has played Quail Hollow just once, finishing T32nd in 2013, and with a lowest score of 69.

McIlroy joked earlier last week at the Bridgestone he would rather Spieth did not win this week in his first attempt at the coveted Grand Slam so that would allow McIlroy to go to Augusta next April in what will be “Take 4” in his own goal to join five others at a Grand Slam winner. 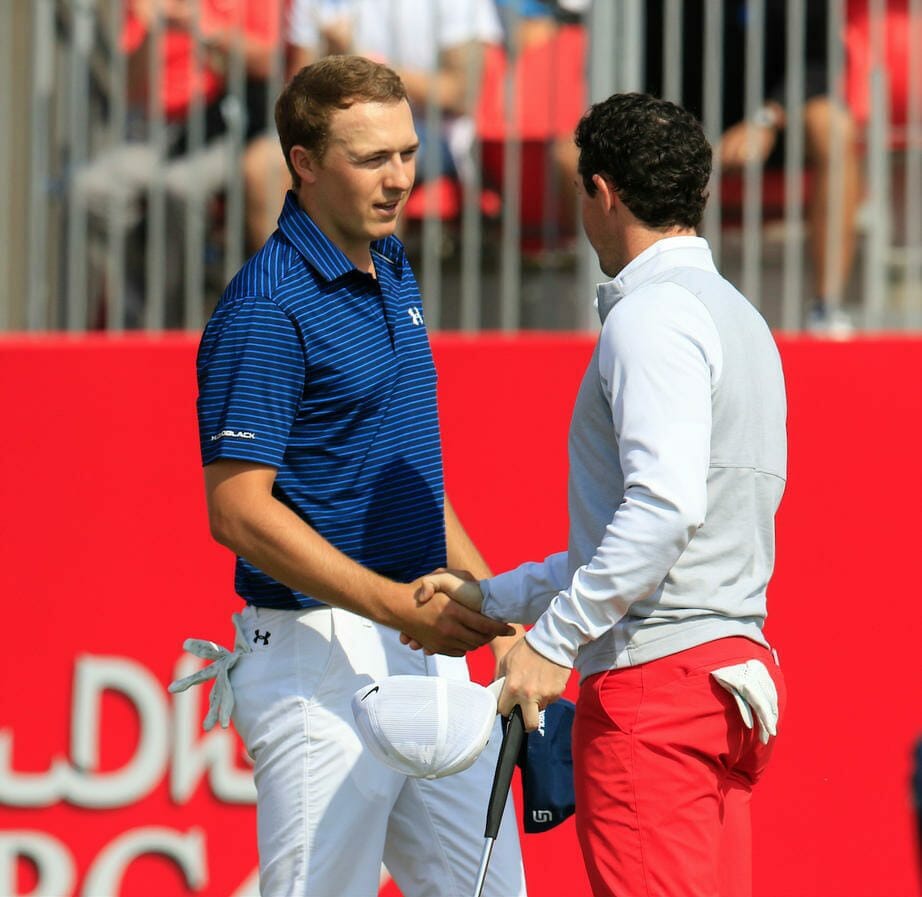 And surly nothing would lift McIlroy more than to again win the gleaming PGA trophy on a golf course that warms his heart strings just as much as Augusta National.

“Just driving into Quail Hollow, you’ve got the driveway that looks a little bit like Magnolia Lane,” he said.“It’s just got a good feel to it. I’ve always enjoyed Charlotte, it’s a great city.”

“We were at a wedding there last summer so I got to play, and it wasn’t quite bedded in, but I got to play the tee shots and got to hit some of the second shots into the greens and stuff, so I’m sort of familiar with the changes.”

“I was begging the club a couple years ago, I was like? “Why are you changing it? Just keep it the same. I’m looking forward to seeing it this coming week.”

It really does have all the makings of a great final Major to the season. McIlroy is paired with Jon Rahm and Rickie Fowler for his opening two rounds.