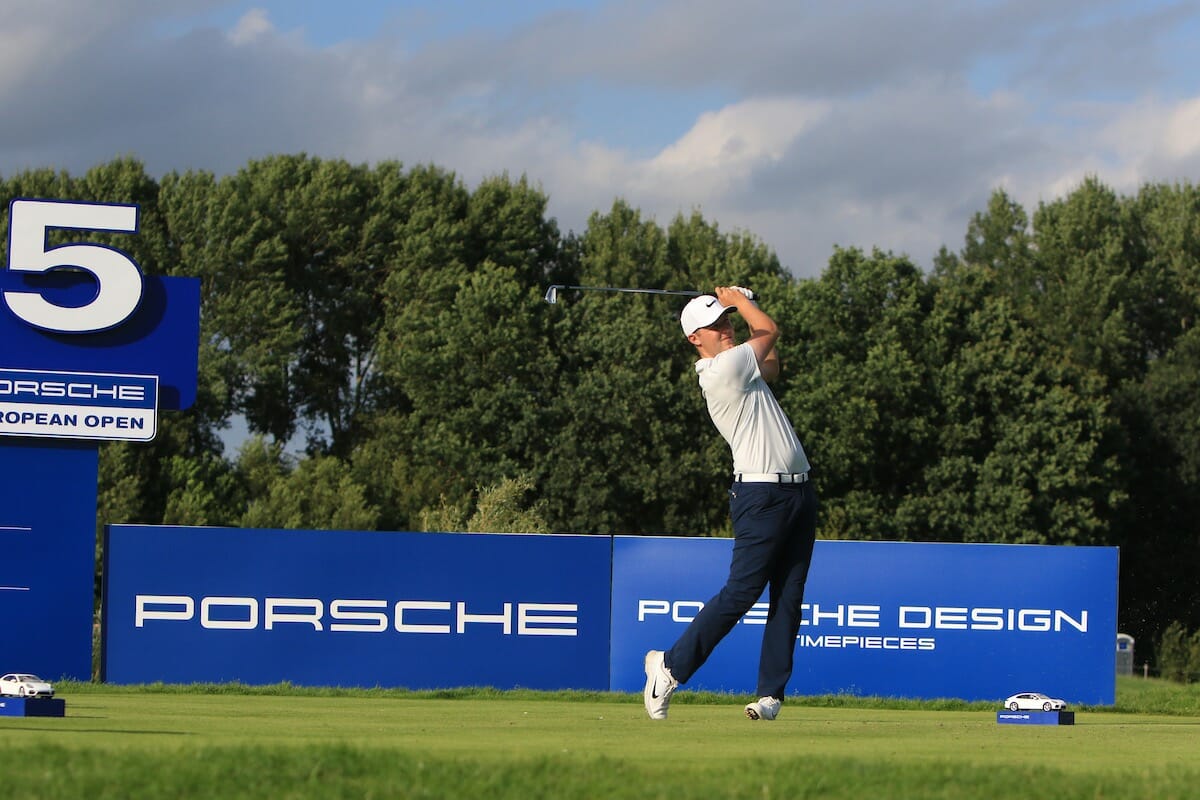 Irish amateur Paul McBride (The Island) is making the most of his invite to the Porsche European Open this week and he’s the last Irish player standing after the cut was made yesterday (following a delayed finish to the second round).

Having opened with a 70 (-2), McBride then shot 72 in round two including a double bogey on his final hole which he still had to finish on Saturday morning and made the cut which came in at -1. In his third round he shot level par with again a double bogey on the 18th so it could have been much better for the Irish amateur.

That said, he’s the only Irish player left in the field after Paul Dunne and Chris Selfridge missed the cut and Michael Hoey withdrew and while there is another amateur (USA’s Sean Crocker) in the field at-6 it’s still an amazing experience for McBride and one he will be relishing no doubt.

The event is being led by England’s Jordan Smith, who was the 2016 Challenge Tour Order of Merit winner, on -12 after a third round of 67 and he is two shots clear of the chasing pack which includes Alexander Levy & Jens Fahrbring on -10 and he said, “I’m over the moon. I played lovely from tee to green and putted really nicely today.”

“Obviously it’s long and thankfully they’ve put the tees forward because it’s playing soft, so it’s just planning your route around the course and taking advantage of the par fives where you can.“I’m very excited. It’s been a while since I’ve been in the final group so I’m looking forward to it.”

Best of luck to Paul McBride today and hopefully he can get a strong finish.