You’re Rory McIlroy, what the fu&k are you doing? 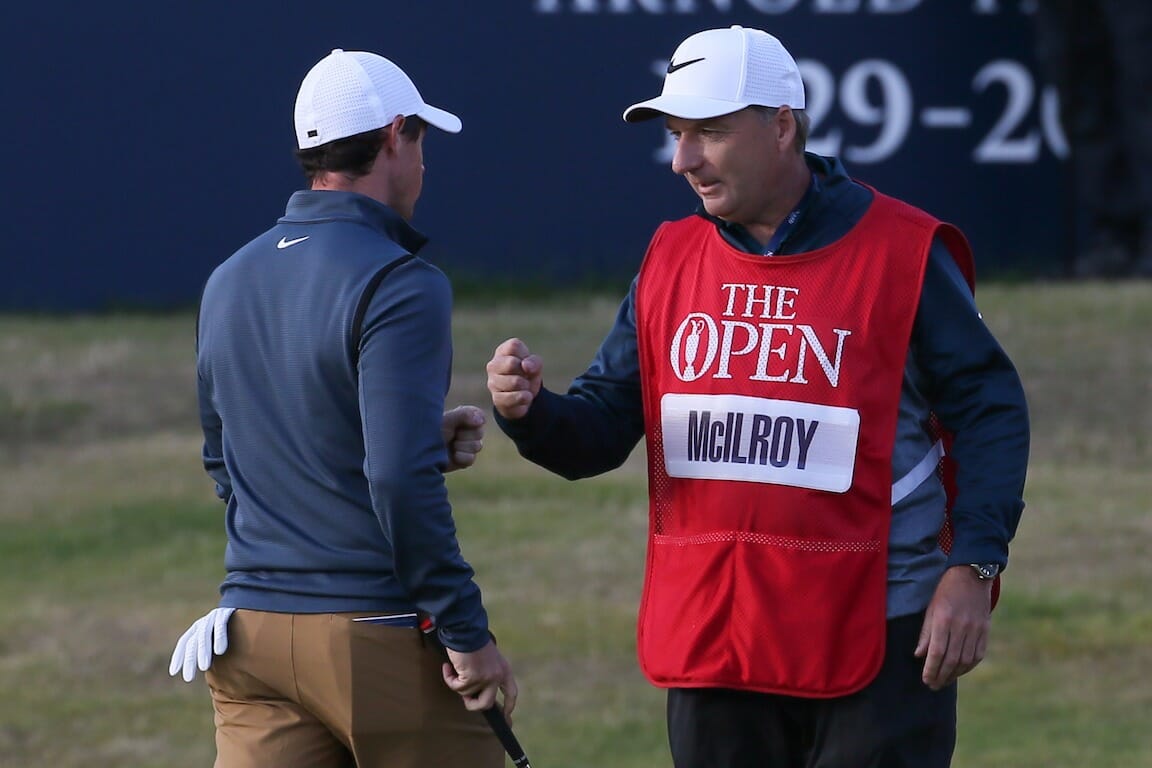 The opening round of the 146th Open Championship was definitely a game of two halves for Rory McIlroy.

The 2014 Champion golfer of the year was in a positive mood after recovering from a shocking start to his first round at Royal Birkdale to shoot a one-over-par 71.
There were question marks surrounding McIlroy’s form coming into the Open after he failed to make the cut at both the Dubai Duty Free Irish Open and last week’s Scottish Open.

Right from the start, McIlroy found himself in desperate trouble as he slipped to five over par through the first six holes.
“I was thinking, ‘geez, here we go again’ but I just needed to stay patient and stay with it,”  said McIlroy. ”I didn’t get angry out there at all. I didn’t let my head drop too much. So I kept a good, positive attitude. And it turned around for me, thankfully.”

That turn around happened on the eighth green as McIlroy holed a 15 foot par putt and never looked back. After his round however Rory revealed it was a few choice words from his caddie JP Fitzgerald that set the tone for the turnaround.
“JP, he reminded me who I was, basically. He said, ‘You’re Rory McIlroy, what the fuck are you doing?’ I said, ‘Yeah’. At that point I mumbled and said, ‘Whatever.’

“But it did, it helped. It definitely helped. It kept me positive. So he did a great job.”
From five over through six , McIlroy reeled off four birdies with no drop shots on his back nine to lie six shots off the lead and with the forecast set for nasty weather tomorrow the four time Major Champion knows he is still well in this tournament.

“With the weather we’re expecting tomorrow [Friday], I still feel I’m in the golf tournament. If I can go out and play a good quality round of golf in the morning and try to get in the clubhouse somewhere around even par, under par, I’ll still be around for the weekend.”
“I could be standing here and hit 18 greens and shot one-over and missed every putt and feel terrible. But because of the way I started, I actually feel really positive. It was especially nice to see the putt on 18 go in and close out today with something really positive.”

“Even though there’s a lot of golf left, in other circumstances it might have been a disappointing day. But just with the way I finished, I feel really good about it.” He added

While McIlroy swayed this way and that, his playing partner Dustin Johnson played steady. He finished one over too, with a solitary birdie at the 2nd and a couple of bogeys at the 7th and 14th. The third player in the group Charl Schwartzel outshone them both and carded a superb 66to lie just one behind Spieth, Koepka and Kuchar who all carded opening 65s to set the pace.