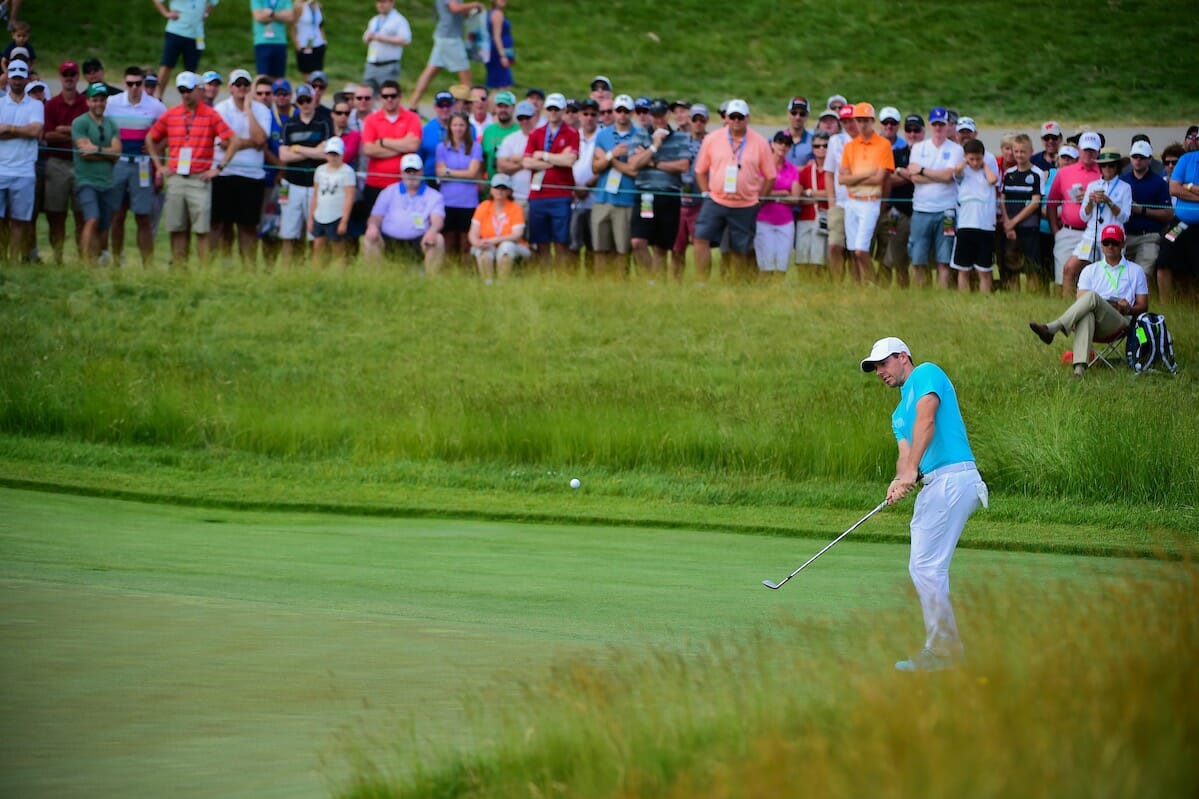 Rory Mcllroy’s Erin Hills fondness was short-lived with the World No. 2 being left red-faced in missing a second straight U.S. Open halfway cut.

McIlroy, and clearly lacking any  competitive edge, stumbled his way to a horror score of 78 on day one but returned a better 71 on Friday for a five over tally and missed the cut.

“I showed up for the last six holes, anyway,” he said.

“So, it was okay. I definitely hit it better off the tee. I think I hit 10 or 11 fairways other than the four or five I did yesterday.”

“I gave myself a lot more looks but at the end of the day, it’s competitive rounds and get the card in my hand. I’ve been very light on competitive rounds this year, and it’s just a matter of getting into a good round of golf now. I saw some positives there on the back nine coming in, and hopefully I can take them to the Travelers next week.”

“And as I said, just excited to get on a run of golf and get going”.

But then four days after speaking of his fondness for the course, and somewhat taking personally fellow player criticism, the World No. 2 was already home in Florida before good friend and first round leader, Richie Fowler had got well into his second round.

McIlroy arrived in rural Wisconsin contesting his 34th Major and since making his debut by winning the “Low Amateur” award at the 2007 Open Championship.

And missing the cut is now the seventh occasion he has sat out the weekend rounds in a Major and with four of those seven being in a U.S.Open, including missing the cut now in the past two.

In fairness, it was a better driving display from McIlroy.  He had hit just five of 14 Erin Hills fairways on day one and by the turn on day two he had matched that figure.

He revealed he had discussed his first round with long time coach, Michael Bannon and managed to correct being too quick with his transition.

“Basically, Michael was saying I was getting to the top and it was a real lunge at it,” he said. “So I just tried to smooth out the transition today and it definitely worked. A weekend off with a little bit of practice coming up. I think at this point in time I just need to play a round of golf. And I feel, even though it’s very disappointing to not be here on the weekend, but I think these last two rounds will serve me well going into the summer”