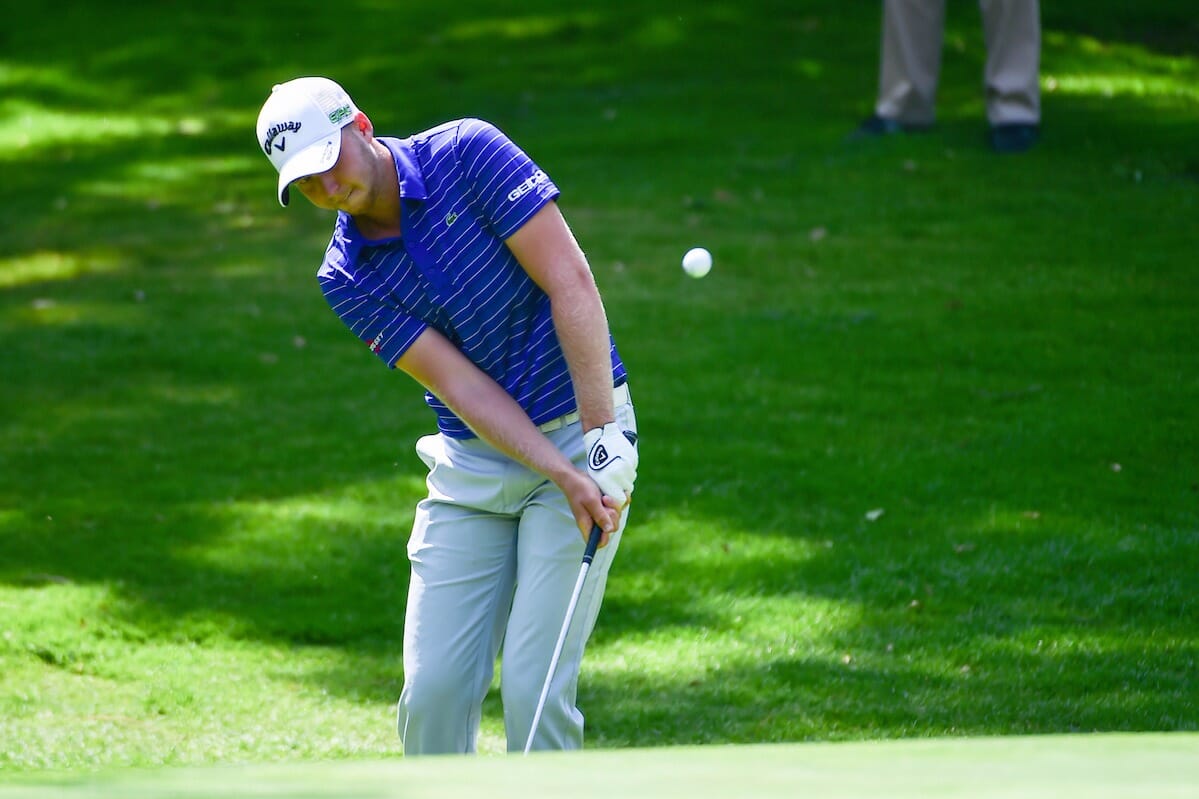 Daniel Berger endured a tough start at the FedEx St. Jude Classic but came out the other side and took the title for the second straight year.

After a nervy first few shots, after which he still wasn’t on the green for three, Berger went ahead and holed a 25-foot chip shot for par and the rest, as they say, is history. He never looked back and carded a 66 to win by one from Charl Schwartzel and Whee Kim.

Berger is the fourth back-to-back winner at St. Jude and the first since David Toms did it in 2003 and ’04. He played a bogey-free round on Sunday and his 17-foot birdie putt on No. 15 put him ahead for good and he finished at 10-under 270.

“I played really great through the first couple days but I didn’t make as many putts,” Berger said. “Then the last couple days they just started to fall and that was the big difference.”

Fan favourite, Phil Mickelson, is the most under-par player at the FedEx St. Jude since 2013, at -41 (with Billy Horschel is the next best, at -26) so it was no surprise to see him challenging but he came undone on the 12th as he carded a triple bogey seven and all the work of the earlier holes was undone, as was his challenge for the title.

The Irish challenge of Graeme McDowell and Seamus Power didn’t materialise over the weekend as both finished on -3 with McDowell shooting 71 on Saturday  but moved up the leaderboard with a 68 on Sunday which will no doubt give him confidence.  Power finished the weekend with 72, 71 which dropped him down the standings after his stellar 65 on Friday had him right in the hunt.