GMac falls back as Casey challenges at Colonial 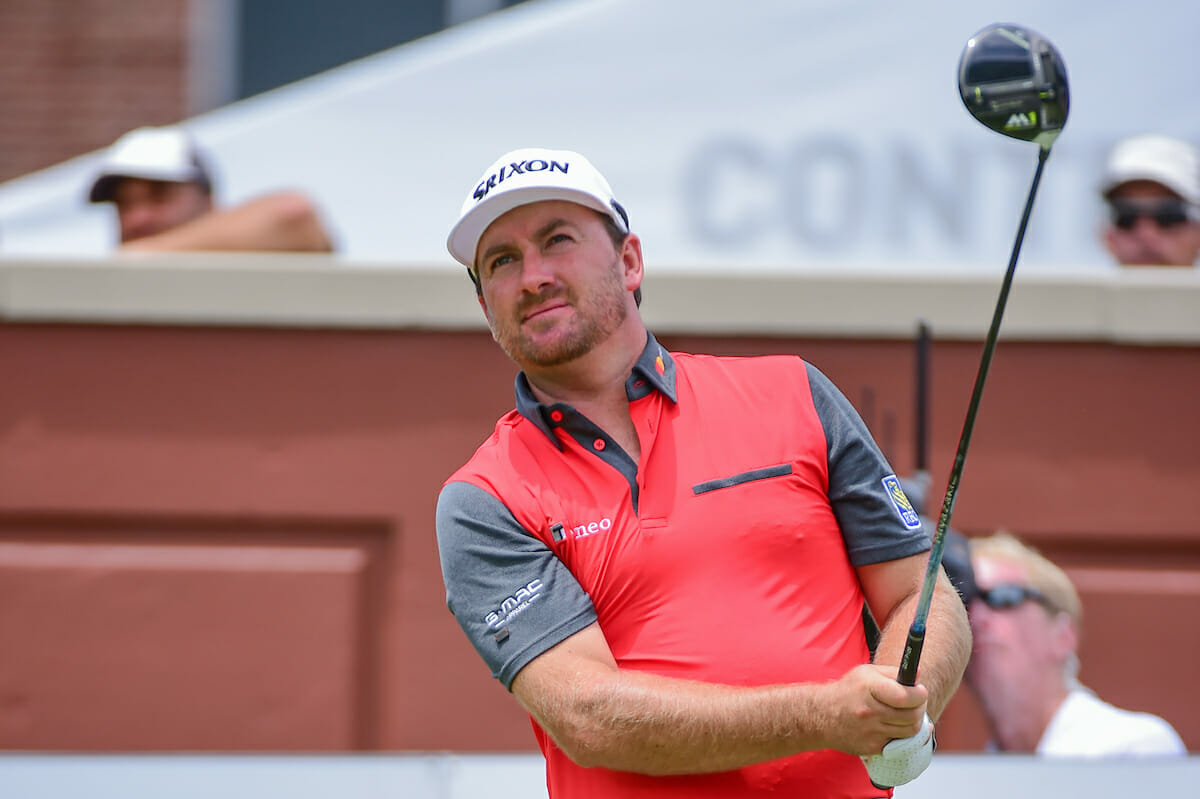 Moving day proved costly one for Graeme McDowell as he fell off the pace sitting seven strokes off the leaders in the DEAN & DELUCA Invitational at Colonial Country Club.

Three early bogeys at the third, fourth, fifth set the tone for the day as the Portrush man carded a two-over 72 to fall back to a tie for 15th on two-under par.
The lead is held by Webb Simpson on nine under but just two shots back is former Irish Open winner Paul Casey.
Casey delivered for his heavily pregnant partner, Polyanna in muscling his way into contention.

The Phoenix-based couple are expecting their second child in August and former TV-presenter, Polyanna coolly walked all 18-holes for a second day running in near 100-degree Fahrenheit conditions to see Casey shoot a four under 66 that handed him in a share of second place only a shot off the lead.

Casey is seeking only a second victory on Tour since capturing 2009 Shell Houston Open.
Just like fellow Nike staffer Rory McIlroy, finding new equipment after Nike Golf withdrew from the golf equipment business seems to be paying off for the Englishman.
“The clubs are really good”, he said.

“I actually wanted to stay with using Nike, and I only wanted to change a couple things originally. It was trying to get a little bit more length off the tee.
“So, pretty early I went to a TaylorMade driver, a Titleist golf ball. I wanted to try and keep everything else Nike. It was just kind of a knock-on effect. Changing one thing kind of effected everything else – really the golf ball.

“So, I feel really happy with what I’ve got right now. It was a process that I wasn’t — it was sort of a can of worms. Sort of end up going down a rabbit hole deeper and deeper.
“Luckily didn’t take me long, only a month or so, to get out of it”.