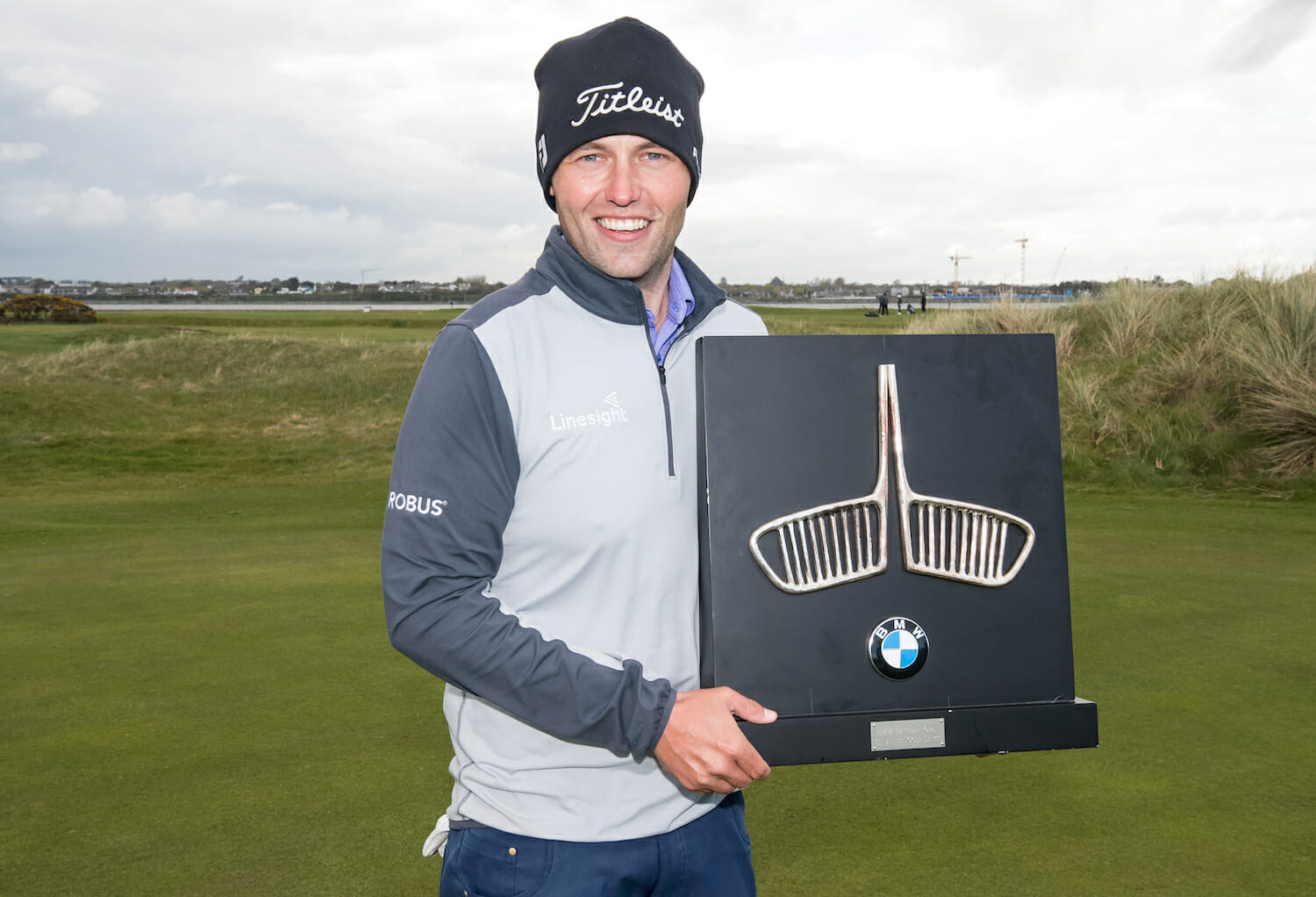 Dubliner Neil O’Briain put any lingering Sunshine Tour disappointment behind him by getting his regional season off to the perfect start at the BMW Eastern Open at St Anne’s.

The Old Conna professional, who missed out on his Tour card in South Africa earlier this year, got the better of Bundoran’s Adam Dunmore on the second playoff hole to smash his season into overdrive at the first time of asking after he had signed for a superb five-under par 67 in regulation play.

“The wind got up this afternoon and it was tricky but I was delighted that the wind was coming from the right on the 18th because I’d winged a few drives right today and I knew that the wind would hold it up there,” said O’Briain.

“Adam was a bit unlucky there on the second playoff hole. He didn’t hit a bad drive but it ended up in a tough lie and he struggled from there finding the bunker with his second. Luckily enough for me, it meant that par was good enough for the win, thank god!”

Despite persistent rain in the morning, O’Briain was joined in the clubhouse by Dunmore and McGrane who also posted stunning 65s. Dunmore had three two’s in his round, including an incredible albatross at the par-5 11th when he holed his six-iron approach to the green.

With McGrane unable to contest the playoff, Dunmore and O’Briain returned to the 18th tee and it was Dunmore who gave himself a great chance to win, hitting his approach at the par-4 into 12 feet while O’Briain’s long range putt from 20 yards ran 10 feet past.

Dunmore’s birdie effort grazed the lip and O’Briain grabbed the chance to stay in the tie by rolling in his 10 footer to send the pair back once again to the 18th tee.

With a strong wind whipping across the fairway, both players finished on the left hand side. However, Dunmore found a horrible lie and somehow managed to muscle his second into a fairway bunker. His third failed to find the putting surface and when his chip failed to drop, it left O’Briain with two putts from 15 feet to win.

“The only pro-only event that I am missing now is the Irish PGA Championship title so I will be targeting that this year,” added O’Briain who will play a mix of regionional events with some Challenge Tour and Europro Tour starts also guaranteed this season.

“The DDF Irish Open qualifier at Moyvalley will be another important event and hopefully I will be able to give Open Championship qualifying a good go this year as well.” 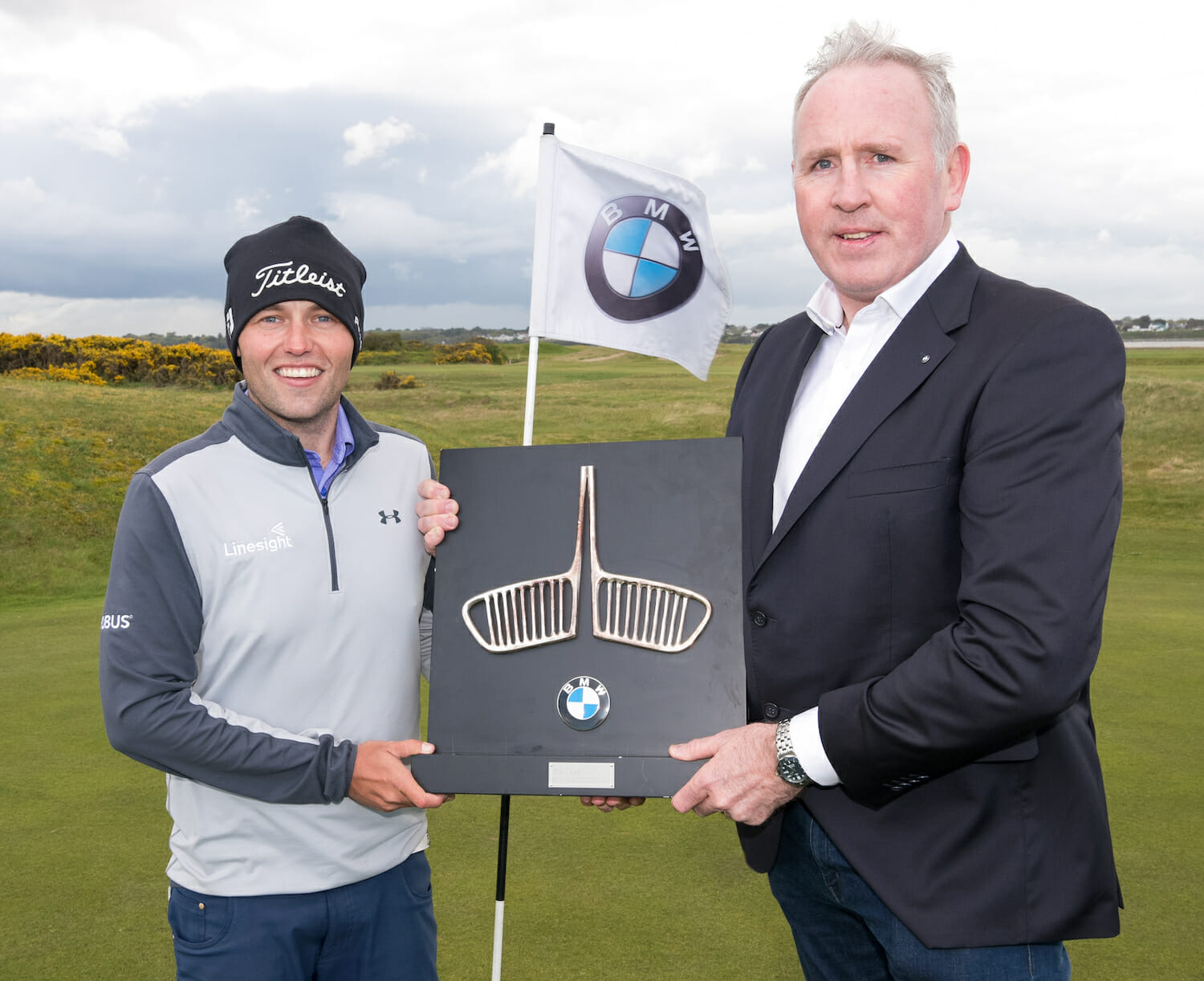 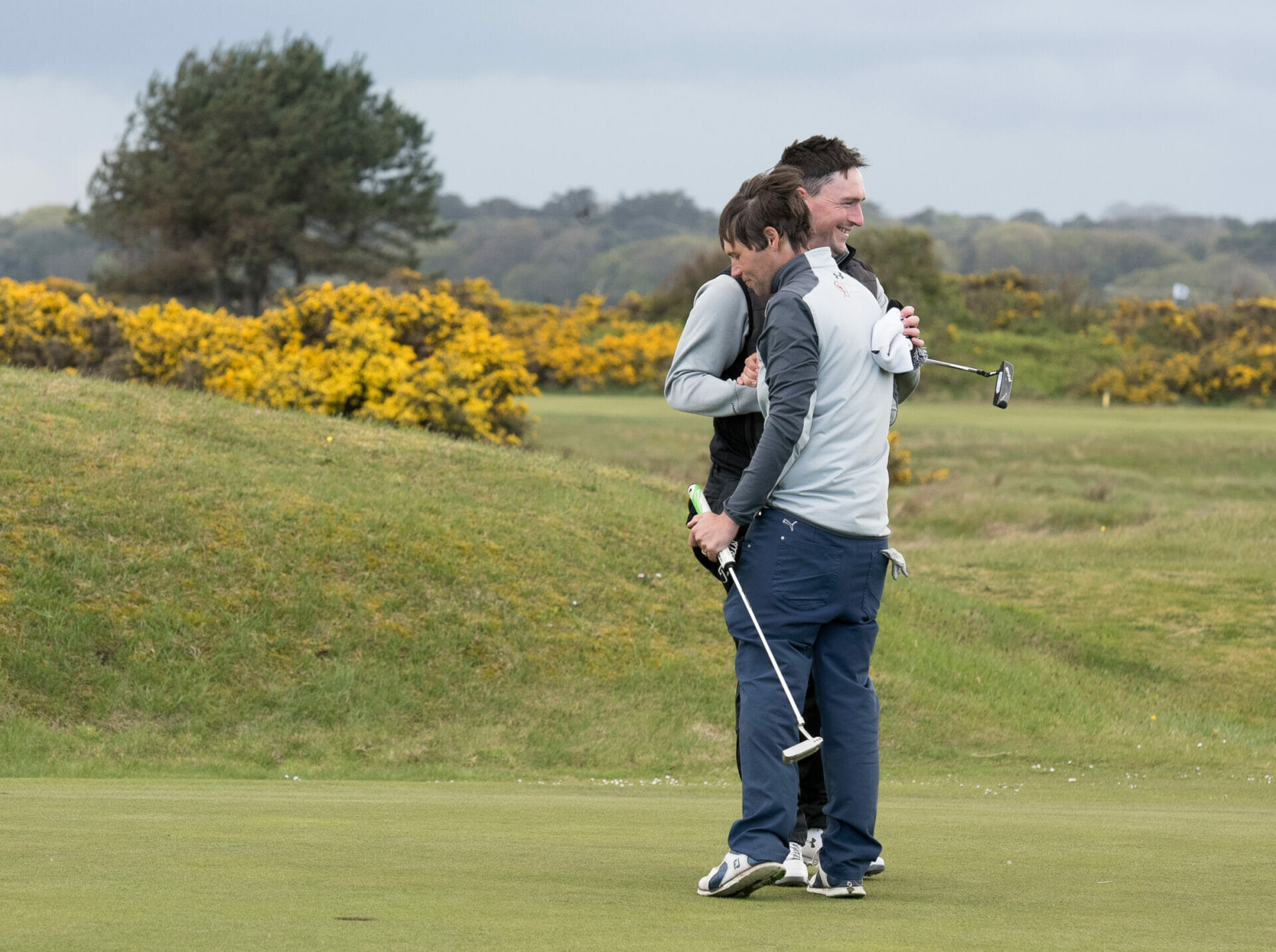 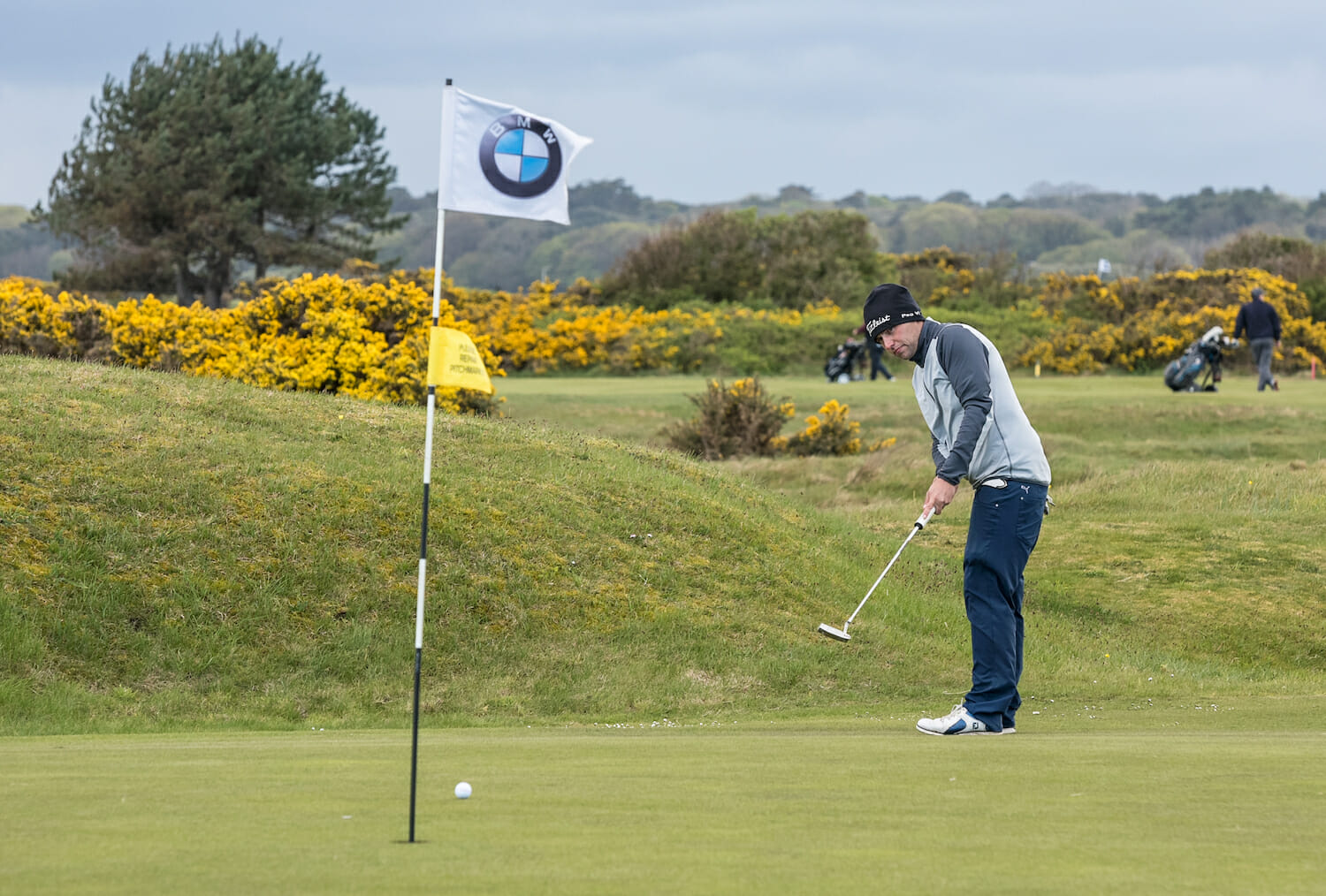 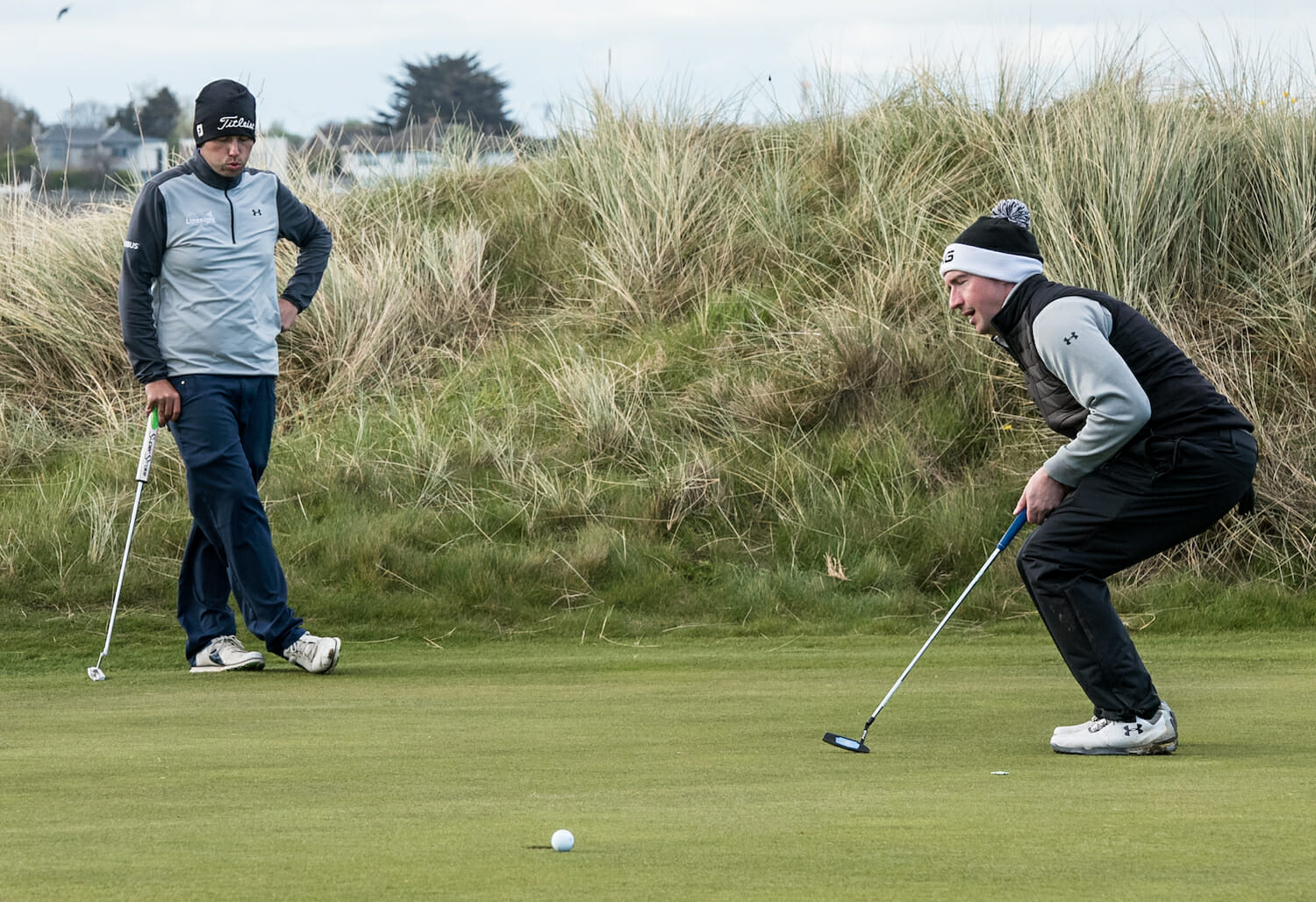 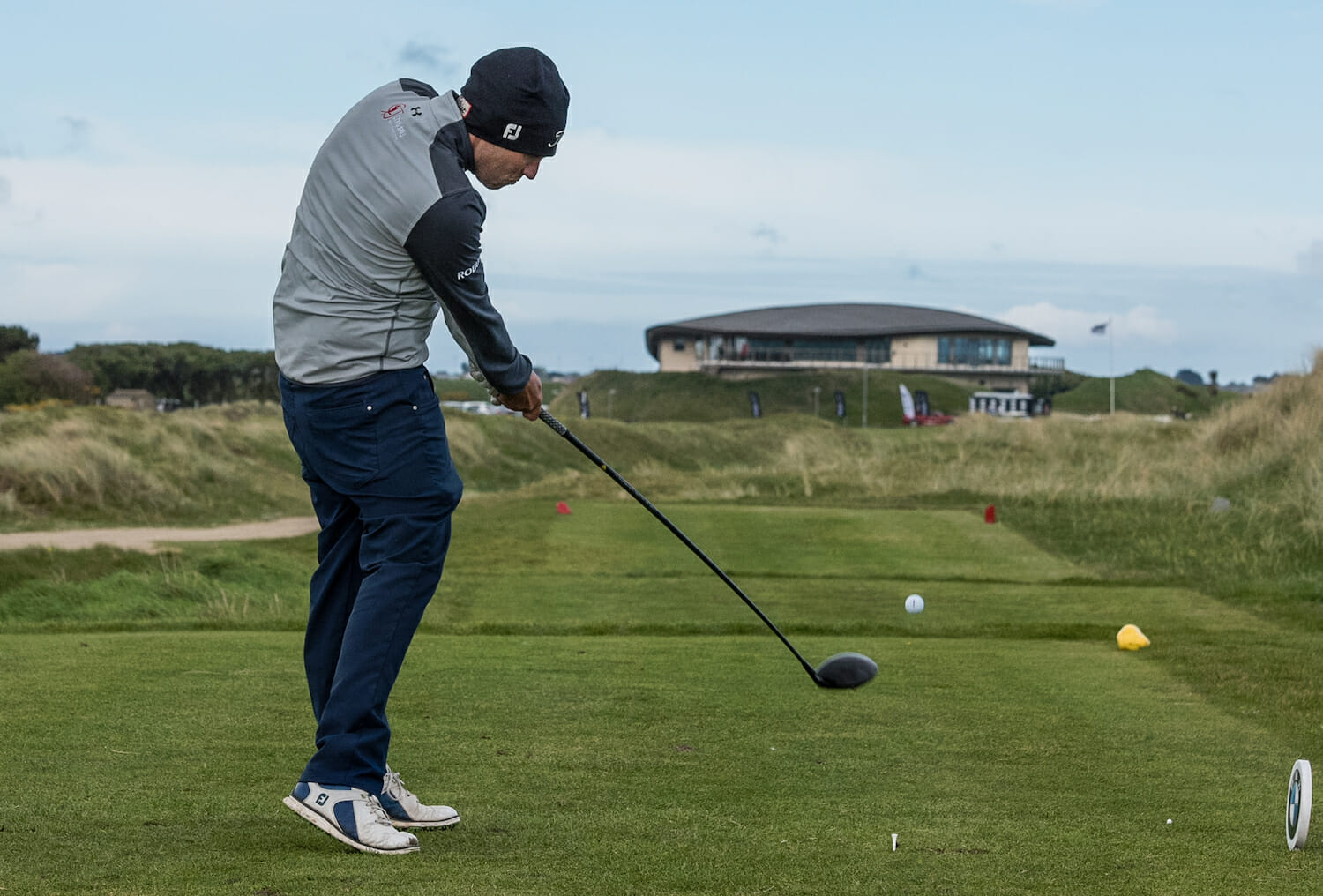 O’Briain teeing off the 18th in St Annes 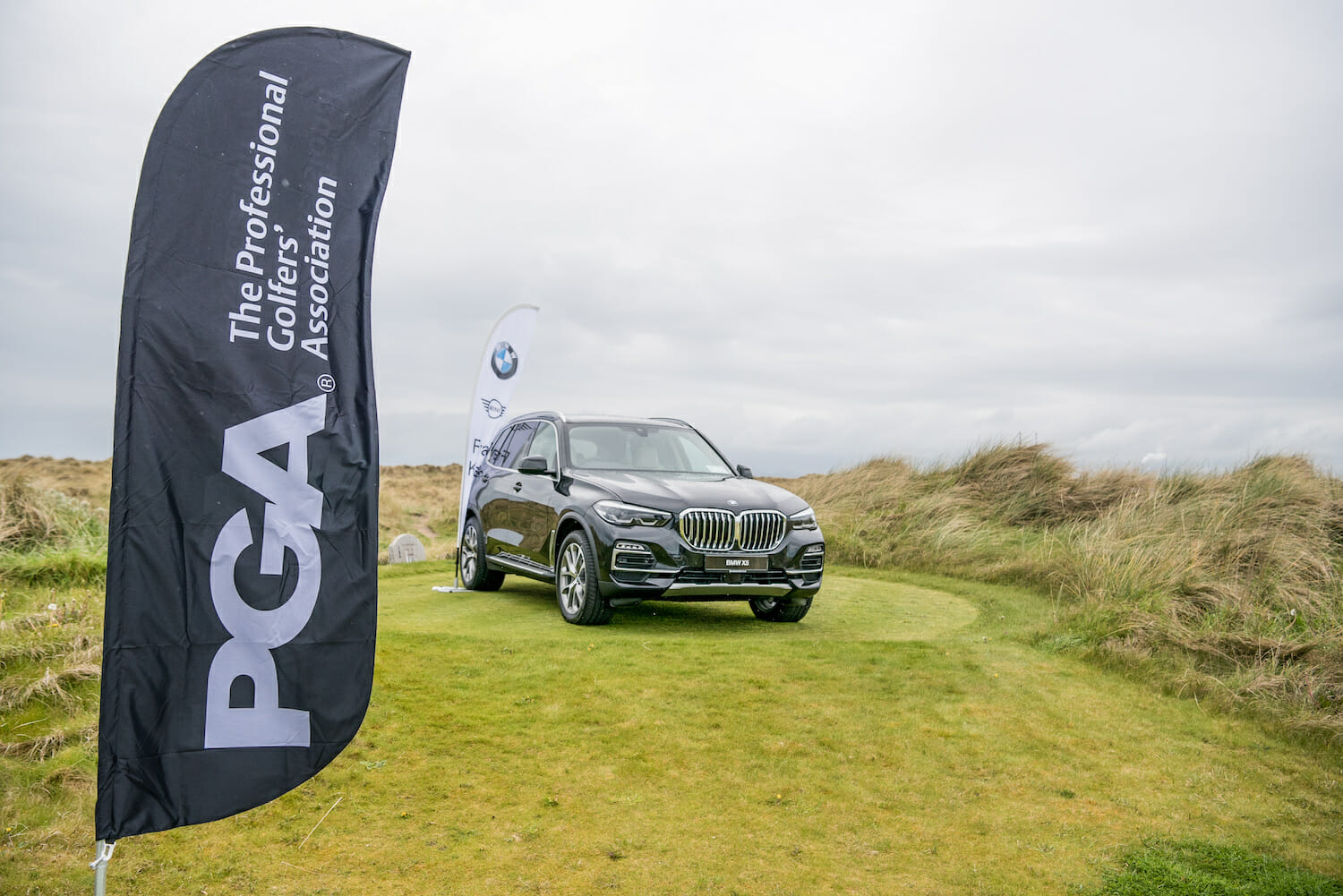