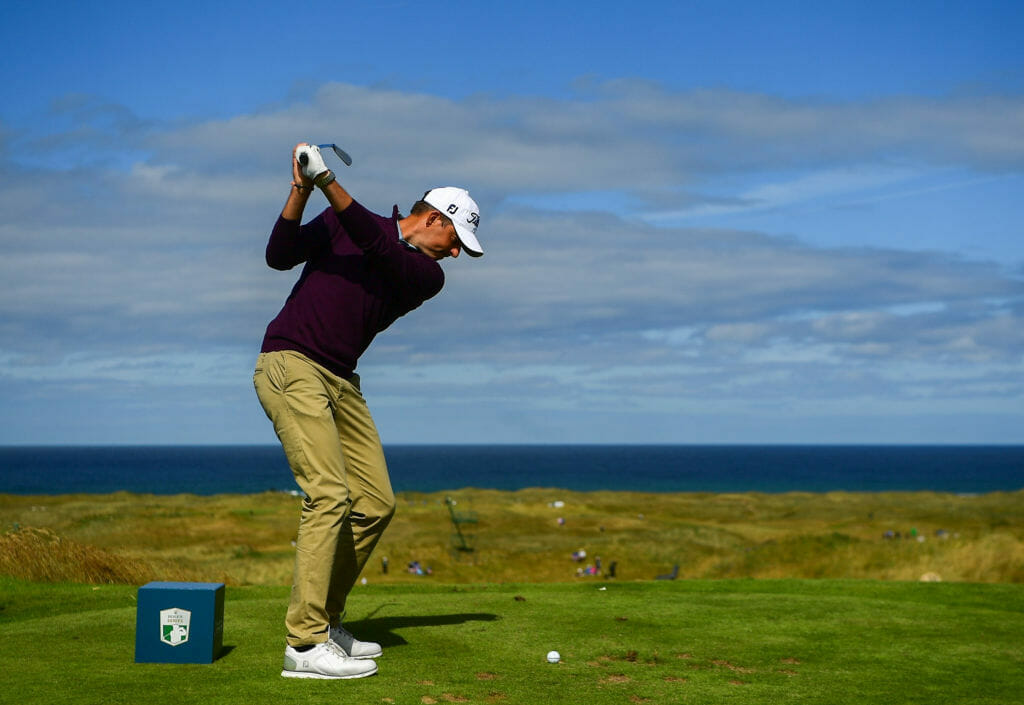 In Turkey, Simon Thornton (Tulfarris Resort) is the leading home contender at the PGA Play-offs at Antalya GC.

The reigning Irish PGA Champion is tied for third on four-under-par alongside Scotland’s Alastair Forsythe following a second round 69 (-2).

English duo Matthew Cort and David Dixon lead the way on five-under-par ahead of tomorrow’s final round while David Higgins (Waterville Links) is tied for 10th on level par with Michael McGeady (Evolve Golf Coaching) back in a tie for 17th on two-over-par.

The occupants of the first three places will earn automatic spots on next year’s GB&I PGA Cup team. Starts in two European Tour events are also up for grabs: the top two will also qualify for the 2019 British Masters and the first four the BMW PGA Championship at Wentworth next September.

The prestigious 30-year-old tournament is a 72-hole team stroke play event with the two best scores from a team of three to count in each round.

Mooney (72) and Moriarty (70) combined for a third round score of 142, which leaves Ireland on five over par for the tournament.

“Hopefully tomorrow we will dovetail properly and get a low score,” said captain Mooney.

“We have made a few birdies between us but we have dropped too many shots.”

Germany’s three under par 139 moved them to the top of the leaderboard on four-under-par, one shot ahead of Holland, with Belgium lying in third on two-under-par.
2019 British Masters and the first four the BMW PGA Championship at Wentworth next September.