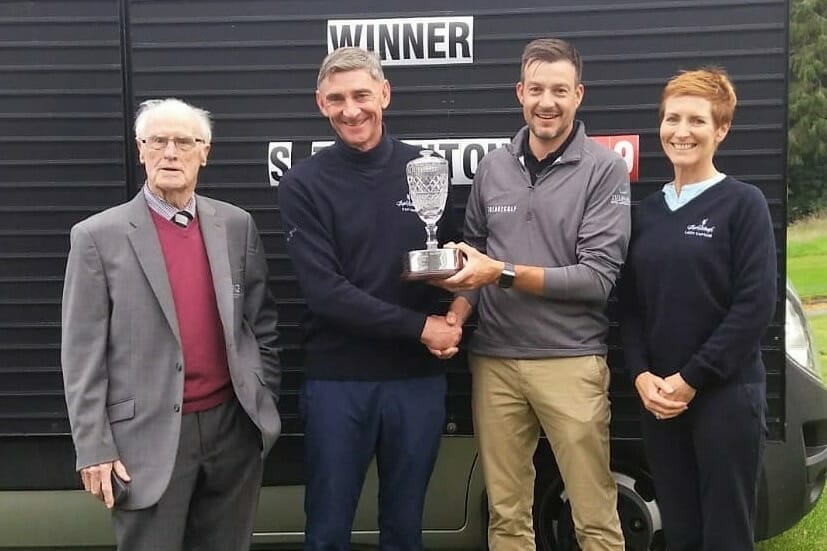 It was a day of low scoring at the Co.Wicklow venue and the Tulfarris Golf Resort professional alongside Kilpatrick topped the leaderboard with a pair of nine under par 63s.

“To be fair I missed a few chances but obviously holed a few,” said Thornton.

“When I signed the card, well, to be honest, I kind of thought to myself I will just have to wait around here for the prize giving. And then 10 minutes later Richard comes in behind me with the same score!”

The PGA Southern Championship was originally penciled in for September 19th but the arrival of Storm Ali forced officials to postpone the tournament for a week.

The players made the most of the benign conditions that faced them this time around though with Thornton producing a round that included nine birdies and no bogeys while Kilpatrick dropped a shot at the first and responded with a 10 birdie barrage over his remaining 17 holes.

The leading duo headed to the par four 18th for the play-off with Thornton winning the coin toss and finding the fairway with his drive. Kilpatrick’s tee shot found the rough and he was forced to pitch back out on to the fairway with his second while Thorntons approach to the green finished 15 feet from the pin. Kilpatricks third shot left him with 20 feet for par and when he missed, Thornton had two putts for the win but managed to hole out for an emphatic birdie finish.