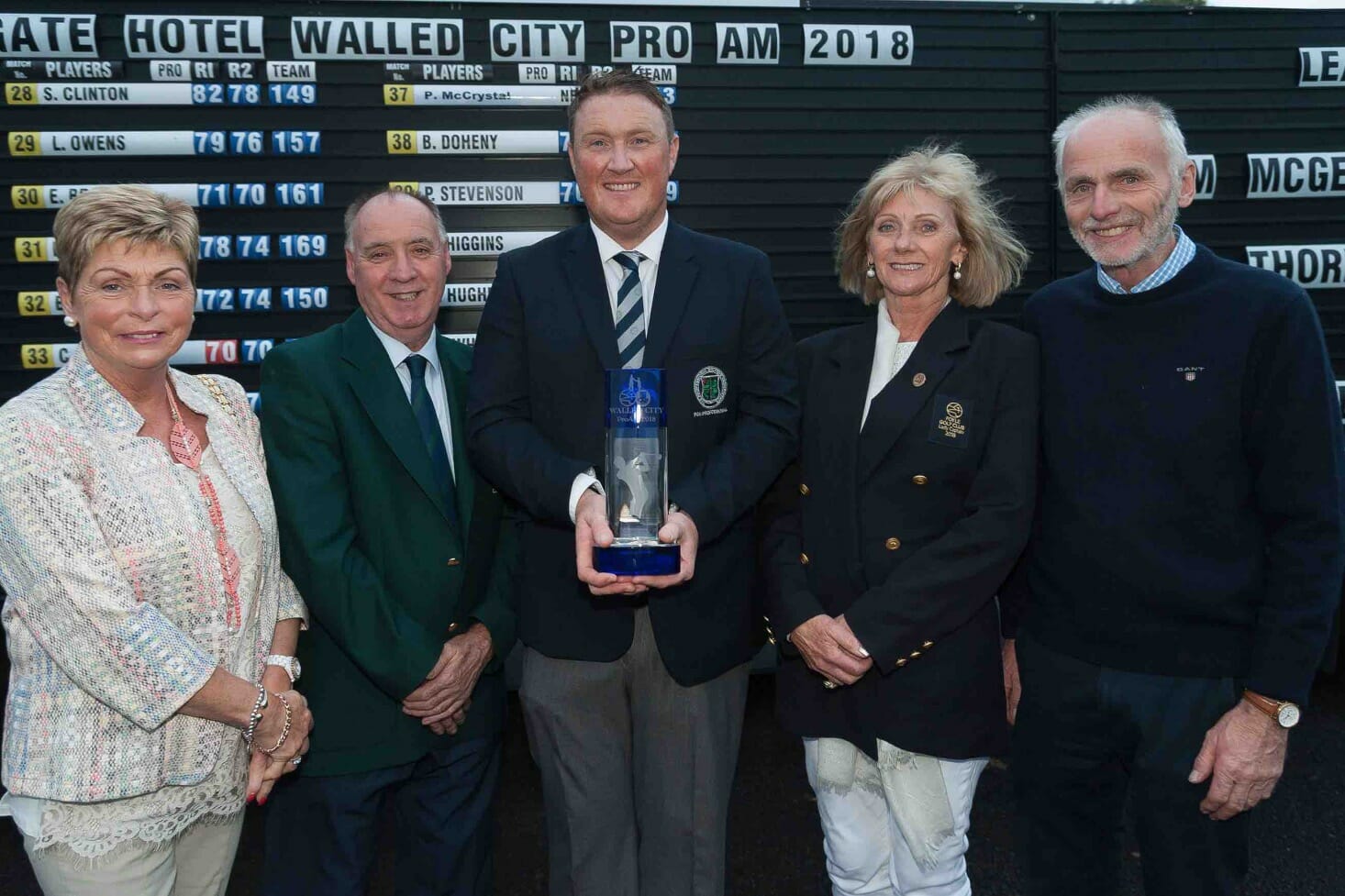 McGeady is on a great run of form this season and leads the PGA in Ireland Order of Merit standings ahead of Simon Thornton (Tulfarris) who was second in Derry.

Trailing by a single shot overnight to Thornton, who had carded a bogey free 65 in the first round, McGeady was all business on day two and used his local knowledge to good effect as he signed for a seven under par round of 63 to win by five shots.

“In the back of my mind I was trying to beat the number I won the event with last year which was 12 under but it was a difficult day. When I stood up on the first tee I was just expecting it to be a real battle,” said McGeady.

“I had discovered something the day before in my swing that was helping me move through the ball better. I have to say I hit the ball fantastically well for two days. I hit 34 of 36 greens in regulation which was pretty decent in those conditions.”

“I was hitting the ball where I was aiming and it was plain sailing from there. Once I was doing that it took the pressure off the rest of my game.”

Simon Thornton had to settle for second place on seven under with Mark O’Mahony (Titleist National Fitting Centre) coming through to finish in third place on five under par.

Brendan McCarroll and his amateur partners Jimmy Foley, Kevin Hennessy and Ronan Curran won the team prize with a two-round total of 176.