Higgins hits form with a win at Kilkea Castle Pro-Am 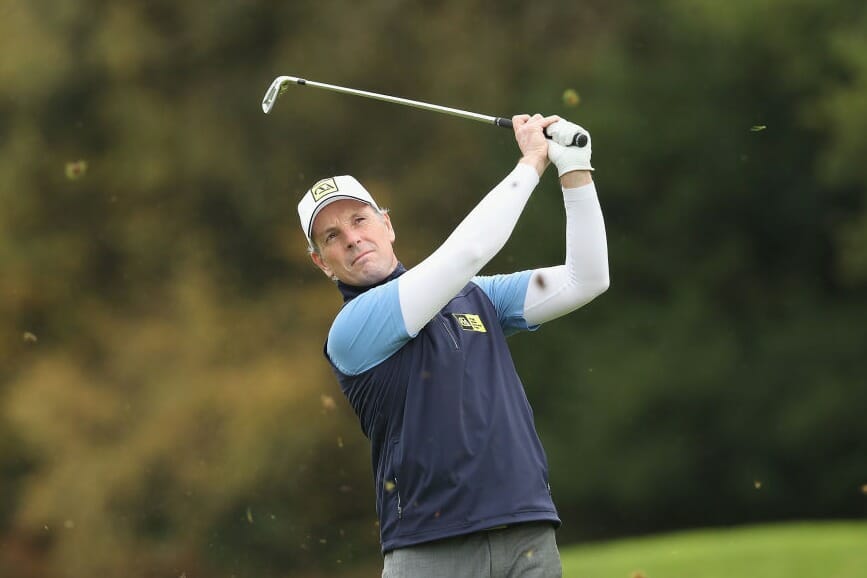 David Higgins fired a bogey free 65 (-5) to seal his second win in three starts at The Conor O’Dwyer Charity Pro-Am in aid of the Crumlin Hospital for Sick Children.

Higgins has refocused following a run of near misses and is already reaping the rewards. He won at St Anne’s, finished second at Warrenpoint and continued that good form with victory at Kilkea.
The 45-year-old got his round off to a great start with an eagle at the par five second and he also birdied the ninth to reach the turn in three under 33. After the turn, he birdied the par five 12th and the par three 14th to come home in two under 32.
The team prize was won by Ciaran Molloy (Ardee) with amateur partners Diane Stanley, Paula O’Flaherty and Mary O’Mara posting 89 points.