Damian Mooney got his 2018 PGA in Ireland tournament season straight into gear claiming a playoff win over Colm Moriarty at the BMW Eastern Open at St Anne’s Golf Club.

On a very windy day, Mooney turned in level par after picking up birdies on his opening two holes only to give them back with bogeys on his fifth and seventh hole. Mooney then picked up shots on his 12th and 13th before dropping a further shot on 14 but managed to card a birdie three on his final hole to return a two under par 69 on the Bull Island links.

The two under par total was enough to tie the 69 posted by Glasson’s Colm Moriarty only an hour earlier and a sudden death playoff was needed to decide the victor of the opening event of the PGA season.

The first playoff hole was halved with pars as both players narrowly missed out with their birdie attempts. On the second playoff hole after both again hit good drives it was Mooney that made a move, hitting his approach to ten feet as Moriarty left himself a 25 footer and again shaved the edge with his birdie attempt.

Mooney then converted his birdie putt to claim the opening event of the season.

“It’s a nice way to kick off my season” said Mooney. “It’s been a long winter and I have been hitting a few balls lately so I’m just glad it paid off so early in the season. Playoffs are never easy but we both played well out there today. There was a four-club wind and it was very tough scoring conditions, but I was very happy with how I struck the ball.”

It’s the third PGA event that St Annes have hosted in the last 12 months and Mooney was very complimentary with the course set up. “The work they are doing here in St Annes is fantastic” said Mooney. “I have been here three times in the last year and it’s a very player friendly links.”

It may have been disappointment for Moriarty losing out on the playoff but he was happy to be back competing after a long winter.

“It was a good day overall for me, a tough scoring day with a lot of cross winds and long par fours. I was happy to post a two under score in those conditions and it would have been nice to win but I am looking forward to the season ahead,” said Moriarty. “I hit a good putt on the first playoff hole and thought I holed my own birdie putt at the second but it was not to be, fair play to Damian.”

The Eastern Open at St Anne’s Golf Club also marked the second year of sponsorship on the Irish PGA circuit for BMW Ireland and it’s an event they have made an annual occurrence.

“For many years BMW has been synonymous with professional golf worldwide and we are very happy to be supporting the home-grown talent in Ireland through our sponsorship of this event,” said Tony Casey from BMW Ireland. “It’s great to get 75 of the best PGA Professionals in the country here to battle it out today and the course was in great condition,” he added.

The next event on the PGA in Ireland schedule remains on Bull Island as the Southern Branch have the Michael “Dyke” Moran Pro-Am taking place at the Royal Dublin Golf Club tomorrow. 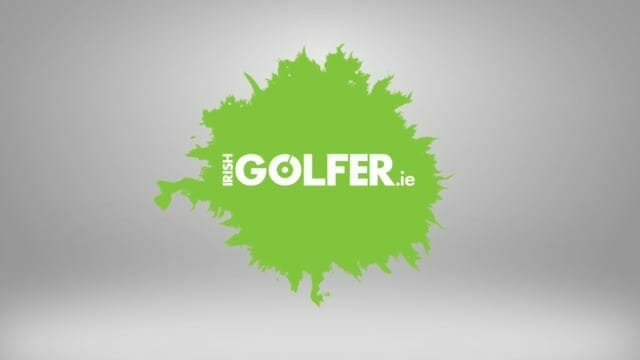