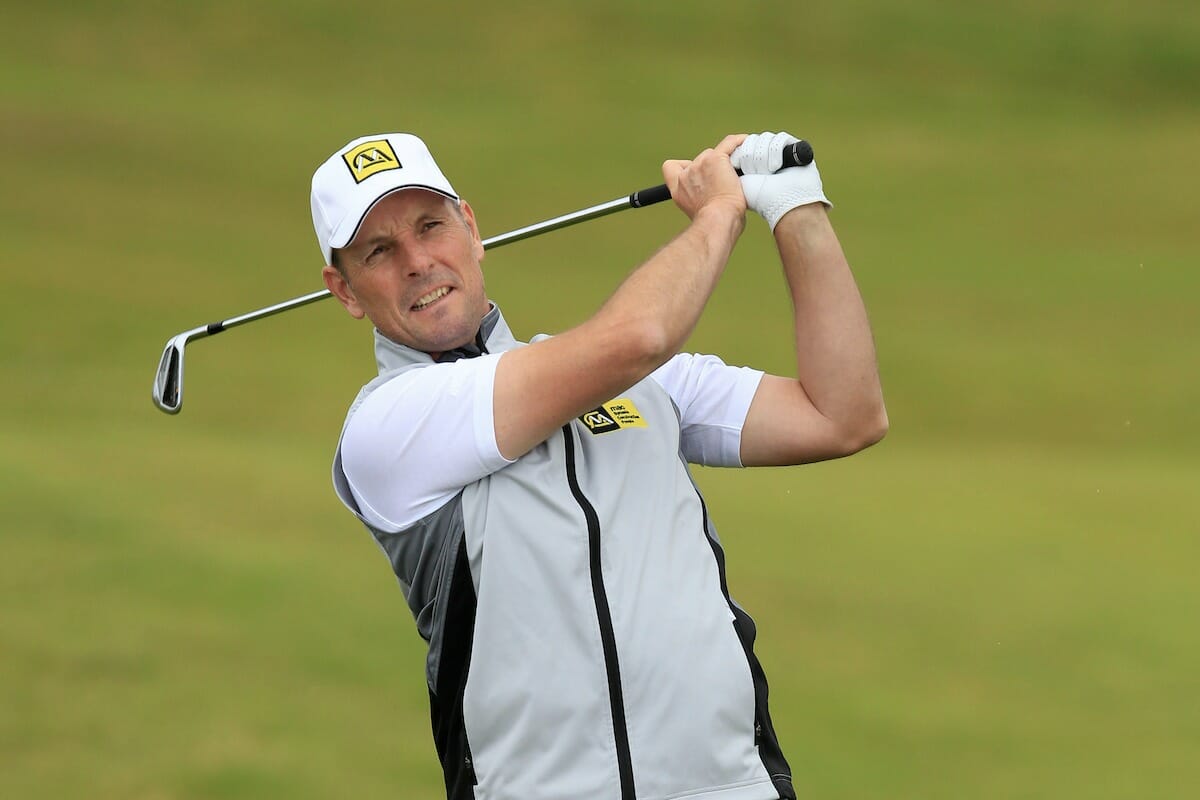 A back nine blitz when he needed it most has kept Waterville’s David Higgins in the hunt for a spot at next year’s BMW PGA Championship at Wentworth.

Higgins endured a trying front half at the PGA Playoffs in Walton Heath but showed great character in fighting back for a second round 71, good enough for a tie for 6th at five under par.

Out in 37 with two bogeys on the card, Higgins went birdie, eagle, bogey, birdie from the 13th to keep his hopes of a top-4 finish and a trip to Wentworth alive. And with two places on offer for next year’s British Masters also, there’s plenty of motivation to be found heading into today’s final round.

Day two was a more difficult one for Order of Merit winner Damien McGrane who struggled on the way out, dropping for shots en route to the 10th tee. Ever the grinder, McGrane refused to give the course any more shots and a timely eagle on 16 leaves him in a tie for 12th on three under par, currently four shots outside the first four.

However Simon Thornton has it all to do ahead of the final 18holes after a second successive level par round of 72 has him languishing behind in a share of 15th.

A late season return to form gave Thornton a confidence boost going into this year’s event, his game finally clicking into gear as summer turned to autumn as he collected three victories on the PGA in Ireland circuit in September, but unfortunately it hasn’t quite worked out as planned this week.

Niall Kearney became the first Irish winner of the tournament back in 2014 and it will take some serious golf to over the famous Walton Heath layout to change that statistic. Yet with the prize fund of this year’s 54-hole PGA Play-offs increased to £25,000, there’s still plenty of incentive to go well, so let’s not lose hope just yet.

Simon Thornton gets his final challenge underway at 10.10AM while McGrane goes in the follow three-ball at 10.20 and Higgins two groups after that at 10.40.