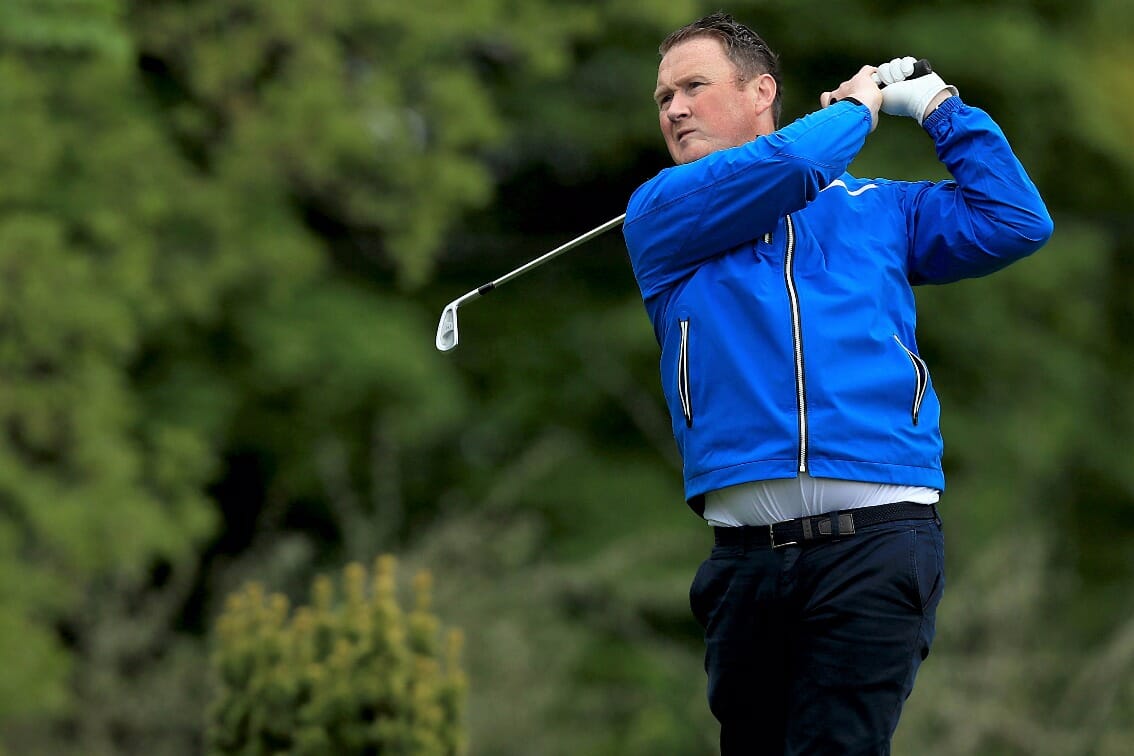 The Derry based professional, who won the pre-tournament Pro-Am, found himself five shots off the lead after the opening 36 holes but, helped by a switch of putter, he fired two rounds of 69 (-2) to claim his place in the play-off before winning the title.

“I didn’t play well on the opening day and struggled on the greens especially,” said the 39-year-old.

“I changed the putter and it made a difference, I played a bit better. I felt coming into the event that I was one of the favourites but that means nothing with good players in the field. You still have to play the golf, hit the shot, manage what you are doing.”

Wet and windy weather on the opening day of competition saw scoring climb but it seemed to suit Brian O’Reilly who claimed the lead on one over par (74/69).

The Glenlo Abbey assistant was caught and passed in round three by Delaney, who carded a 71 to lead on two over par.

An improving McGeady carded his opening 69 (-2) of the day to move up the leaderboard, two shots behind Delaney and with momentum on his side, Michael followed up with a second successive 69 to finish the tournament on two over par while Delaney unfortunately double-bogeyed the last to finish on the same mark.

The duo went back down the par four first and after a drive that drifted left into the rough, Michael found the green with a eight-iron, some 20 feet away.

Tara, just outside Michael, putted first, missing on the left and Michael grabbed his chance to win, rolling in a tricky downhiller.