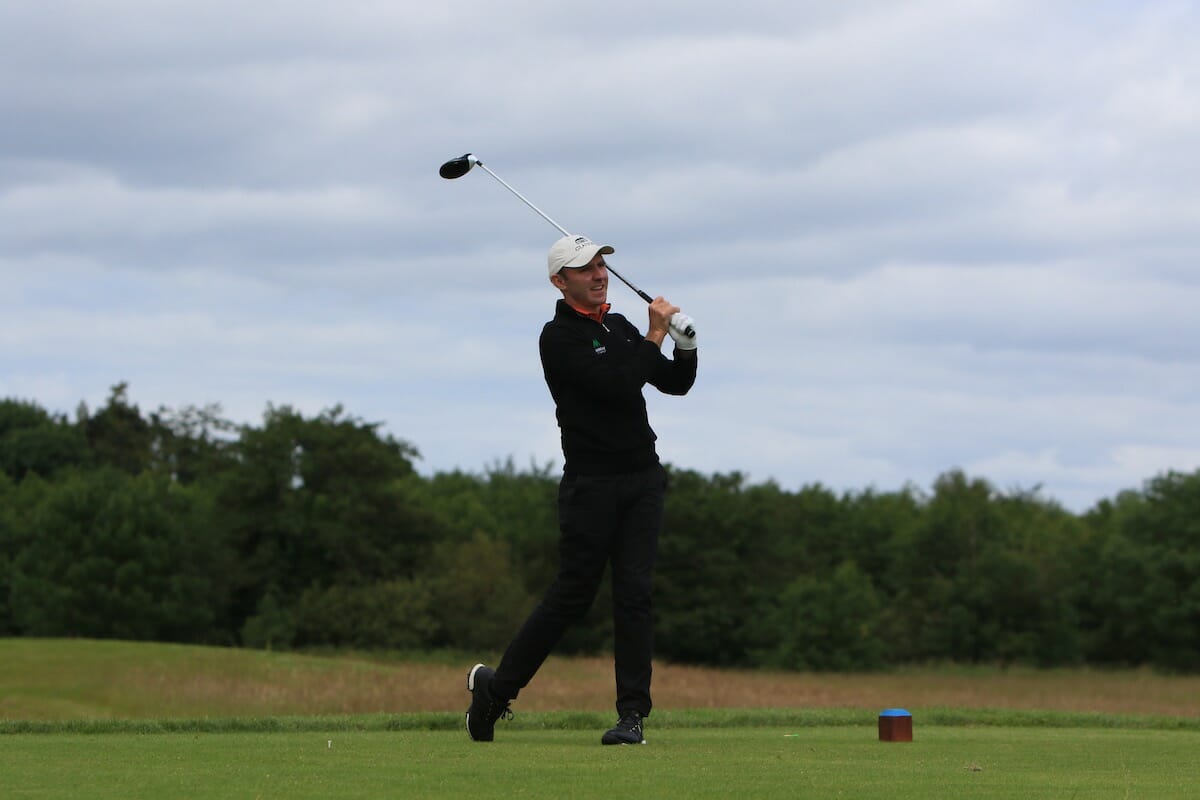 After his second place at Moyvalley last weekend Colm Moriarty continued his superb form as he claimed the 36-hole Slieve Russell Masters Pro-Am.

The Slieve Russell Masters Pro-Am is one of the highlights of the Irish PGA calendar and this year proved no exception. With 52 teams competing over two days at the superb Cavan venue there was plenty to discuss and contemplate after the opening day where Simon Thornton returned the best of the day with a three under par round.

The lowest rounds of the day came from winner Colm Moriarty (Drive Golf Performance) and Brendan McGovern (Headfort) who both returned 66s (-6).  After his narrow defeat to Tim Rice at the Irish PGA Championships at Moyvalley last weekend Moriarty maintained his excellent form and went one better as, added to his opening 71, his day two 66 gave him a 137 total which was two shots better than the chasing pack.

“I started at the 10th and I hit a lot of good shots in and around the hole but I just wasn’t making the putts but then from the 18th on, I  birdied seven of the next eight,” said the 38-year-old.

“I got on a roll, got into a bit of a groove and holed a few putts. It all happened very quickly and all seemed very easy at that stage.”

“I was a bit frustated on Sunday at Moyvalley. I hit a lot of good shots but I suppose Tim had made such a great start [he was four under through four] that you were kind of under pressure to get going,” added Colm who will play the Milltown Pro-Am on July 2 before travelling to Portstewart to compete in the DDF Irish Open hosted by the Rory Foundation.

“I played very well today to be honest. I haven’t played a lot this year, so it’s nice to get a bit of confidence going by shooting a couple of decent rounds.”

Tied in second place were Brendan McGovern, Waterville’s David Higgins and first round leader Simon Thornton, all on 139. While Richard Kilpatrick (Banbridge), who plays in the Irish Open. for the first time next week, was 5th on 140 with Damien McGrane and David Ryan in a tie for sixth place on 142.