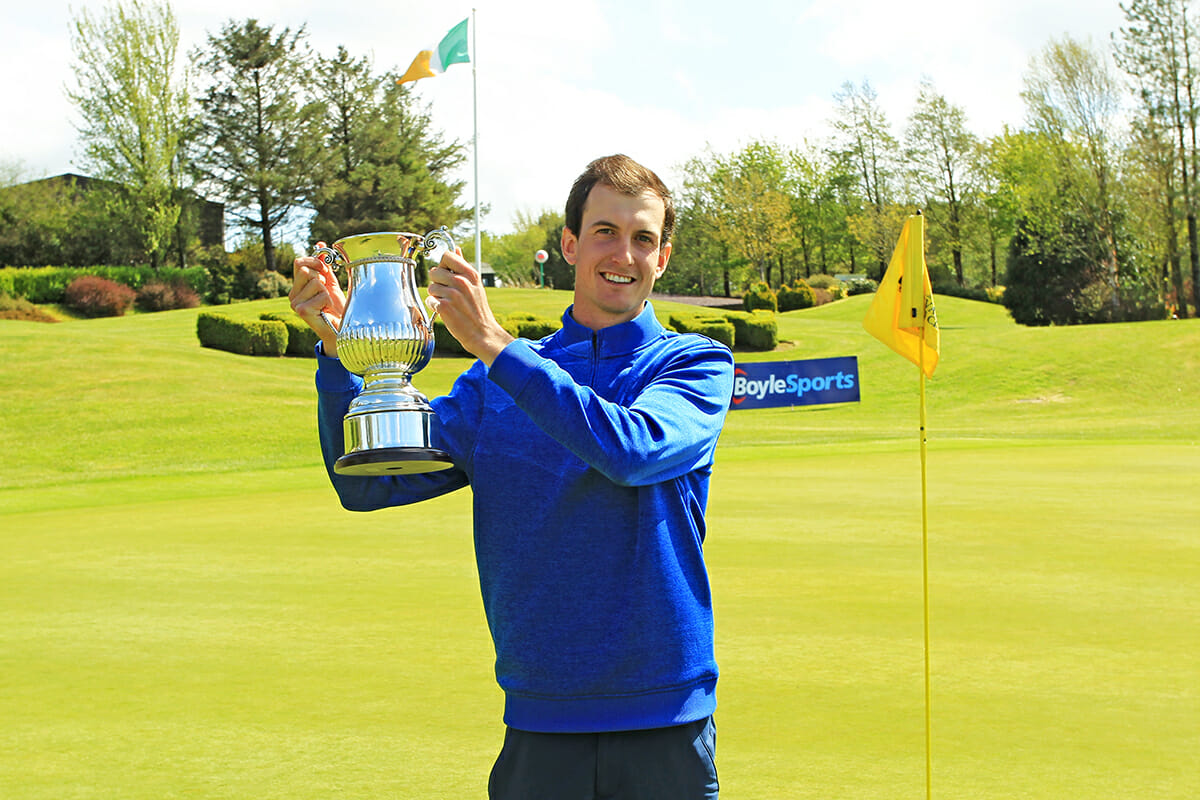 Irish International, Tiarnan McLarnon fired a sizzling course record 66 on his way to blitzing the field at the BoyleSports Lee Valley Scratch Cup over the weekend.

After an opening 73 saw him tie the lead, the Massereene golfer sparkled with a 66 in round two and closed out the win with a final round 69 to finish on eight under – seven clear of the field.

“I want to say a massive thanks to everyone in Lee Valley, it’s one of the best scratch cups around,” said the winner. “You can see the effort that the members put in to put on such a good show.  The course was amazing, to be playing summer rules this weekend is a credit to the greens staff.”

The 2015 Irish Close winner is now nine-under par for his last six rounds in Lee Valley with four of those rounds in the red, while McLarnon is building a good run of form as the season picks up with more championships on the horizon in the coming weeks.

“I thought around level par would be fine but I knew I was playing well so I went out and was attacking,” added McLarnon. “I made few birdies early on but made a couple of bogeys too so to turn on one under was fine. I birdied 11 and had a good chance on 12 so it went well.”

Galway’s Ronan Mullarney closed with a 72 to take second spot on a 215 total while Gerard Dunne finished with a superb 69 to snatch third. Kilkenny’s Mark Power closed with a 69 of his own to grab outright fifth at his first Lee Valley Scratch Cup outing.