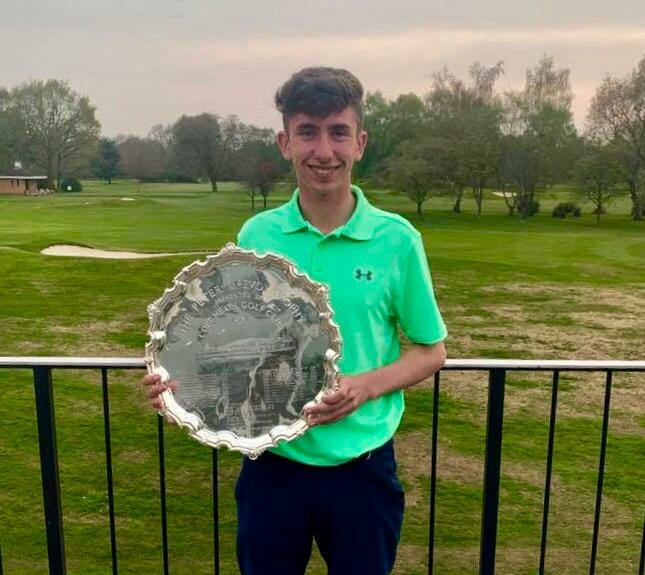 Tom McKibbin holed out a majestic third shot from the fairway on the second extra hole to take home the Peter McEvoy Trophy at Copt Heath.

The Holywood teenager had finished the 72-hole strokeplay tournament on seven-under par alongside fellow Ulsterboy, Aaron Marshall and Melun Dhaubhadel, but little did they know, McKibbin had a trick up his sleeve.

Having tied the first playoff hole, the 18th in par, the tall Northern Irishman came up short with his approach shot from the bunker only to be left with a challenging pitch over another trap to get up and down for par.

McKibbin had other ideas, however, lofting a deft chip over the bunker and holing out for a superb birdie 3. With his opponents reeling, neither Marshall nor Dhaubhadel could make birdie, crowing McKibbin as the champion.

He follows in the footsteps of Dubliner Gavin Moynihan who won the event in 2012 and Kilkenny’s Mark Power who triumphed in 2016.