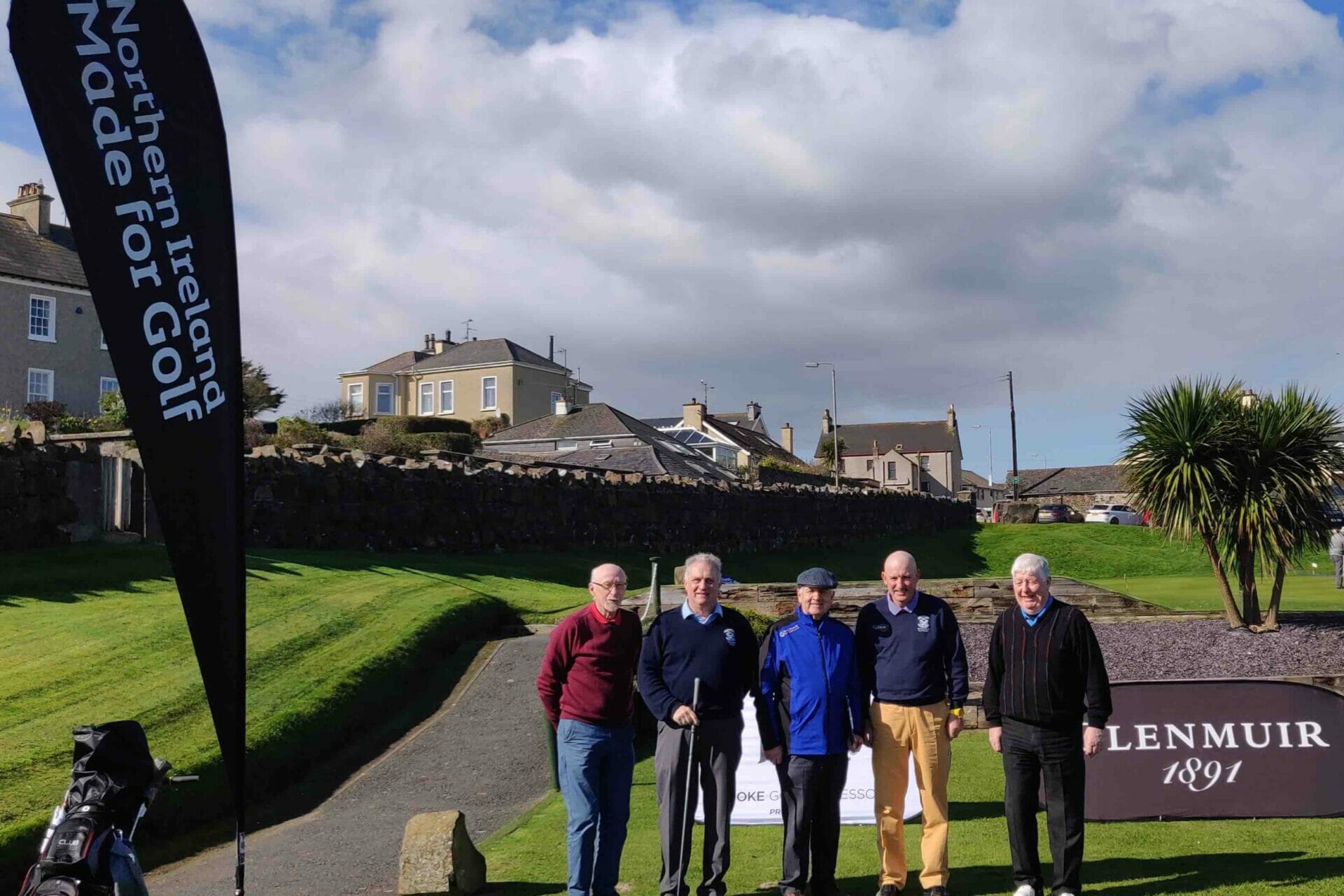 Some of the competitors at Castlerock GC

Castlerock Golf Club welcomed the Ulster Qualifier of the International King’s Cup on Wednesday that sees, for the first time this year, Team Ireland travel to the United States to take on the USA in the three-day 54-hole amateur matchplay pairs tournament in May.

It was the home pairing of Simon Humphries playing off scratch and John Todd playing off 5 who won the Open Age Championship flight. The perfect partnership made home advantage count and their 72 was enough to ensure their place in the National finals at Malone golf club on April 4th.

First formed in 2016, the King’s Cup is played in honour of golf’s greatest ambassador Mr Arnold Palmer. It’s a pairs event like no other and is unique in that there are four flights of handicap and within each flight two teams will qualify under two age brackets; 18+ and Seniors 55+.

In the other categories, there was double joy for Castlerock as Luke Thompson and Gregory Thompson took route 66 for the win in Open Age category A.In category B, Tom Muldoon from Cloverhill partnered Martin Peters from Donegal to a spectacular winning score of 61. While in category C, the Cloughaneely’s Owen McGee and Brian McGee made their presence felt with a superb 66.

In the Seniors, Age 55+, Down Royal’s Keith Baker combined well with Rockmount’s Michael Stewart for a winning 66 in category A while in category B, Portstewart duo Jim Lemon and Keith Browne took top honours with a terrific 62. Strabane’s Joe Doherty and Oliver McNally were the last pairing to book their place at Malone for April’s national finals with a hard-fought 67. There was no Senior Championship flight for the over 55s.

The National Qualifier for the International King’s Cup take place on April 4th at Malone Golf Club.The last remaining provincial qualifier is set to be played at Ennis Golf Club this Saturday, March 30.

Team Ireland’s 16-man flight to Orlando is set for May 19th for the King’s Cup itself.