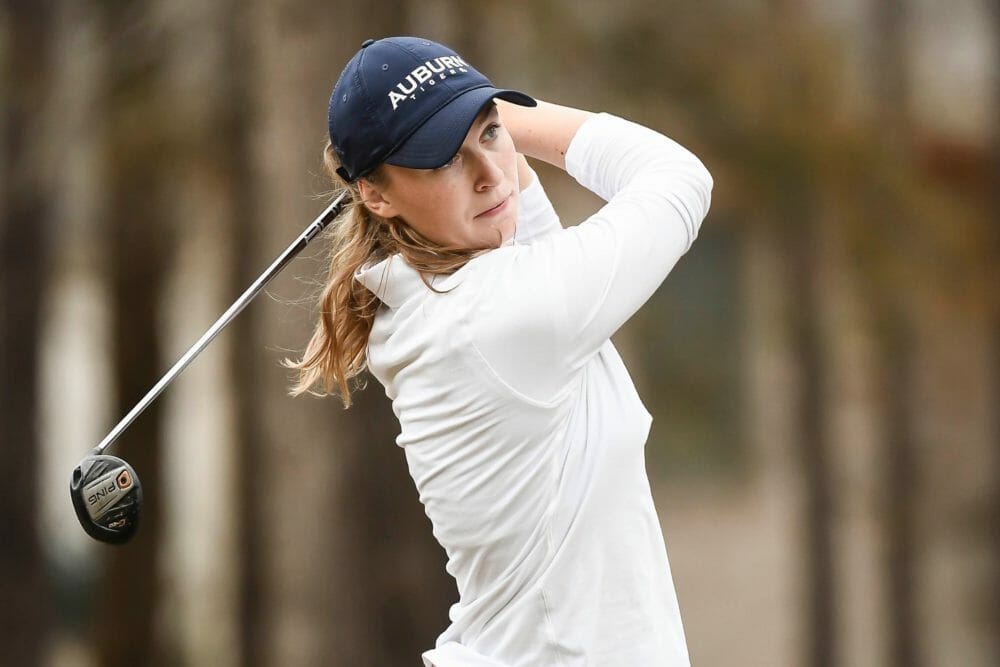 Julie McCarthy continues to impress Stateside after the Auburn star claimed a podium finish at the Evans Derby Experience at Saugahatchee Country Club.

The Swords golfer, who was recently selected to the Arnold Palmer Cup team, returned a final round even par effort to finish in a share of third at one-under par. In the end she fell two shots shy Karoline Stormo’s winning number but scores of 72, 71 and 72 over the three days is yet another example of the consistency we’ve grown to expect from the Dubliner this collegiate season.

“I hit a lot of fairways and greens all week,” McCarthy said. “I left a lot of putts out there, but for the most part I hit the ball really well.”

“My swing feels really good right now. I’ve been working hard with Coach (Andrew) Pratt and also Coach (Melissa) Luellen and my coach back home for most of the semester. Hopefully, one tournament all the putts will fall.”

In a stacked field that included 10 teams ranked in the Top 25, Auburn had four golfers finish in the top 40 individually and as a team Auburn finished seventh in its home tournament after shooting a 296 (+8) on the final day at Saugahatchee Country Club (Par 72, 6,250 yards). McCarthy led the way with her round, but seven of the eight Tigers in the field shot a 76 or lower on Monday.

“I think this was such a great opportunity for us to learn about the golf course in a competitive environment,” Luellen said. “With all of the different hole locations, seeing things at different winds and conditions – it’s a championship golf course.”

McCarthy, ranked No. 11 nationally, has now shot par or better in 11 of the 20 rounds she’s played this term and as a result, the sophomore has become a key member of her Auburn Tigers side.