Purcell purrs his way into second spot in South Africa 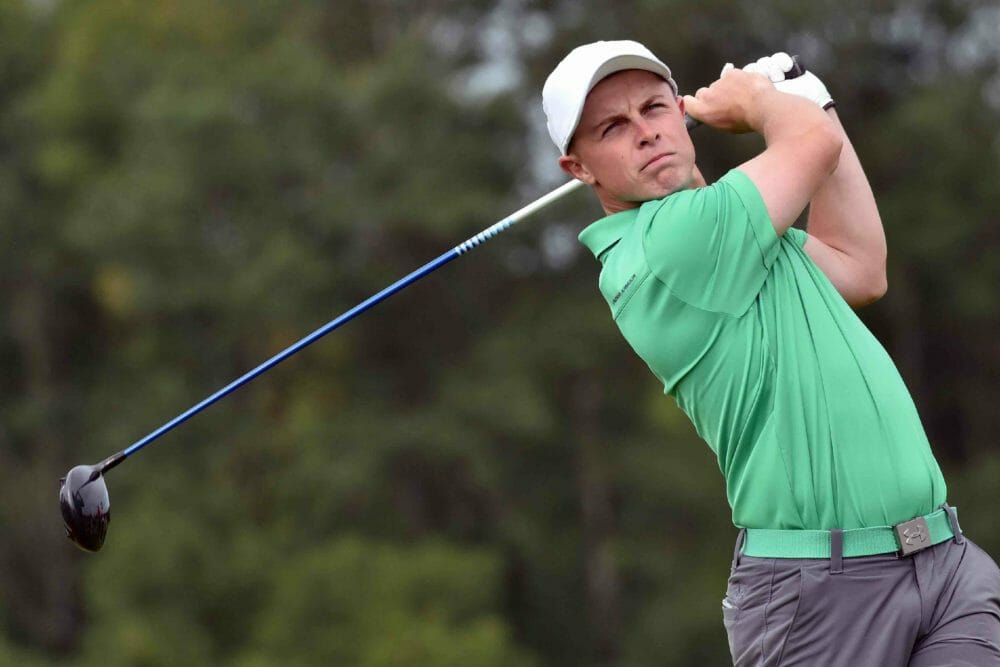 Conor Purcell has taken over the baton as leading Irishman after a sizzling round of golf on day two of the South African Amateur Strokeplay at De Zalze Golf Club.

The Portmarnock golfer, who became the first Irish winner of the Australian Amateur Championship last month, returned a whopping nine birdies in a stunning eight-under par round of 64.

Purcell now heads the Irish challenge in a share of second place at nine-under par, though he finds himself five shots behind South African Jayden Schaper who carded a bogey-free 63 to burst out in front on 14-under.

Meanwhile Mallow’s James Sugrue has maintained his challenge with a three-under par 69 to add to his opening 67 as he sits just one shot further back on eight-under par.

Naas man, Robert Brazill added a one-under 71 to his opening 70 to find himself in a share of 25th position on three-under par.

Dundalk’s Caolan Raffery bounced back from an opening 75 with a superb five-under par 67 to make his way up to a tie for 33rd on minus-two, the same score as Kilkenny’s Mark Power who returned a second successive 71.

The cut fell at one-over par which proved too sharp for Massereene’s Tiarnan McLarnon who slumped to a day two 75 to miss out by two strokes while Castle’s Alex Gleeson added a 75 to his opening 78 to end his bid on nine-over par.

Castle’s Peter McKeever carded a two-over par 70 to move into a share of 38th on one-under par.