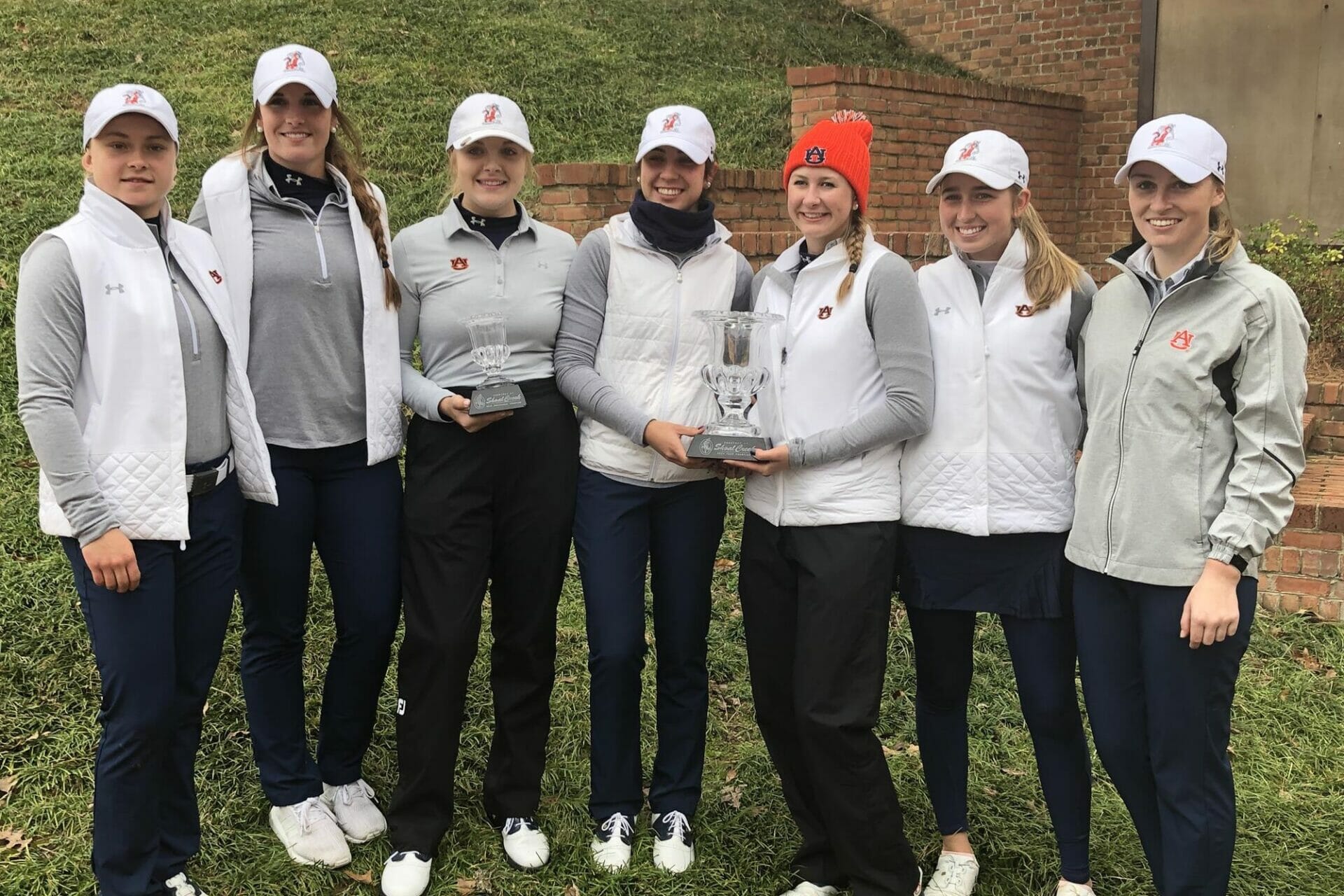 Julie McCarthy and her No. 11 Auburn women’s golf team have started the 2019 spring season the same way they finished the Autumn – by winning another trophy.

McCarthy, a plus one handicapper when making the move Stateside, made a name for herself on Irish shores in 2016 when at just 17, she claimed the Ulster, Leinster and Connacht Girls Championships to go with her second Irish Girls Close title at Kilkenny GC.

The Forest Little golfer brought that reputation with her to Alabama and quickly settled into her new surroundings to established herself as one of Auburn’s key players in her sophomore year.

And fresh off a victory at the Battle at the Beach in November, her Tigers team finished ahead of Alabama, Mississippi State and Ole Miss on Sunday to win the Shootout at Shoal Creek, a one-day quad match at the Shoal Creek Golf Course just outside Birmingham.

For her part, the number 33 ranked Dubliner made four birdies in an even par effort to claim a share of 5th place in the individual trophy, with her freshman teammate, Brooke Samson taking the individual championship.

Auburn shot a 3-under 285 on the par-72 course. Four of the five golfers in the line-up finished at even par or better.

“The Shootout at Shoal Creek was immensely successful for the Tigers,” Auburn head coach Melissa Luellen said. “The weather was a little chilly, but the golf course is in great condition. I thought our practice round was really good yesterday, and our preparation – everybody seemed confident and ready to go.

“To shoot under par as a team on that calibre of a course is just fantastic.”

The spring season rolls on as Auburn is set to take part in two tournaments next weekend. The team will compete in the Allstate Sugar Bowl Intercollegiate in New Orleans from Sunday to Tuesday. And then the Tigers will also send a handful of golfers to compete as individuals at the
Lake Oconee Collegiate Championship in Georgia on Saturday and Sunday.