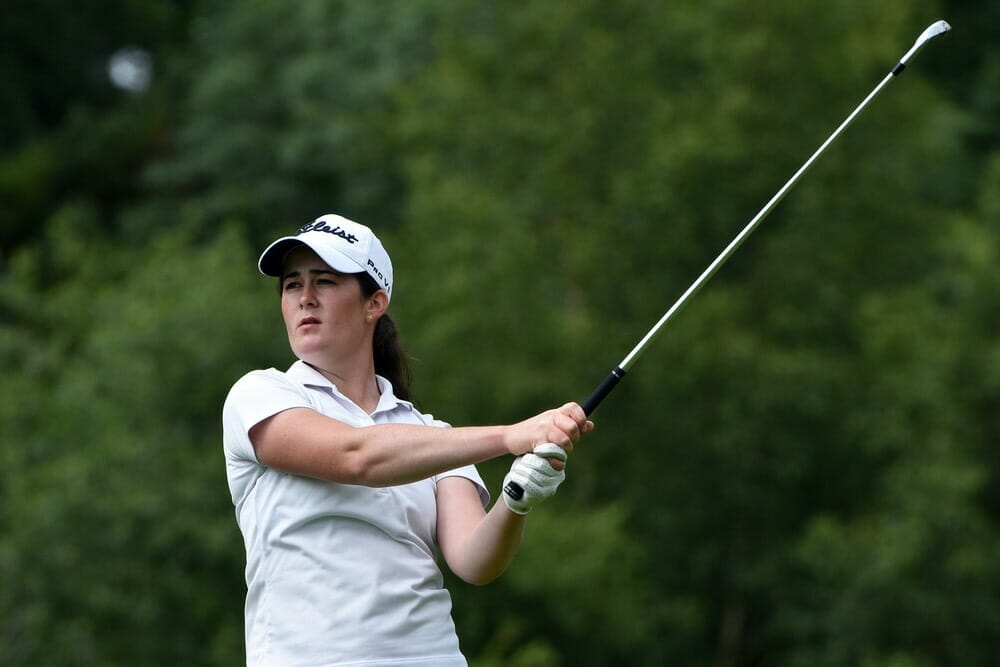 Ireland’s travelling quintet have largely struggled to the halfway stage of the Portuguese International Ladies Amateur Championship, the first European international event of the year at Montado Golf Resort.

The 72-hole stroke play championship was always going to prove a test given a long winter and unsurprisingly it’s Lisburn’s Paula Grant who leads the way from an Irish point of view.

Grant, who began her year at the South American Amateur Championship in Chile with a top-15 finish, added a one-over 73 to an opening 77 to hold a share of 47th spot on six-over-par.

Ballinrobe’s Shannon Burke, who played alongside Grant at the Home Internationals in Ballybunion last August, had started the tournament well with a 73 but a second round 79 saw her fall to a tie for 58th spot on eight-over-par.

“This is the future” – McGinley defends Irish Open invitees

Paul McGinley says the amateur trio of James Sugrue, Mark Power and Tom McKibbin were selected to compete this week at Galgorm Castle because they are the future of Irish golf
Read more
Tour News

Tour ‘bubble’ could tempt Harrington to play on after Galgorm

"I personally would've felt awful if I was sitting at home on my couch all week watching this on TV. I would've felt all along that I should've been there"
Read more
Tour News

Stenson stamps his own Swedish science on Bryson’s win

"Hitting the ball a long way is one factor. I don’t know the stats by heart, but I heard on the broadcast quickly that I think he had a 90 percent conversion rate last season inside 10 feet"
Read more