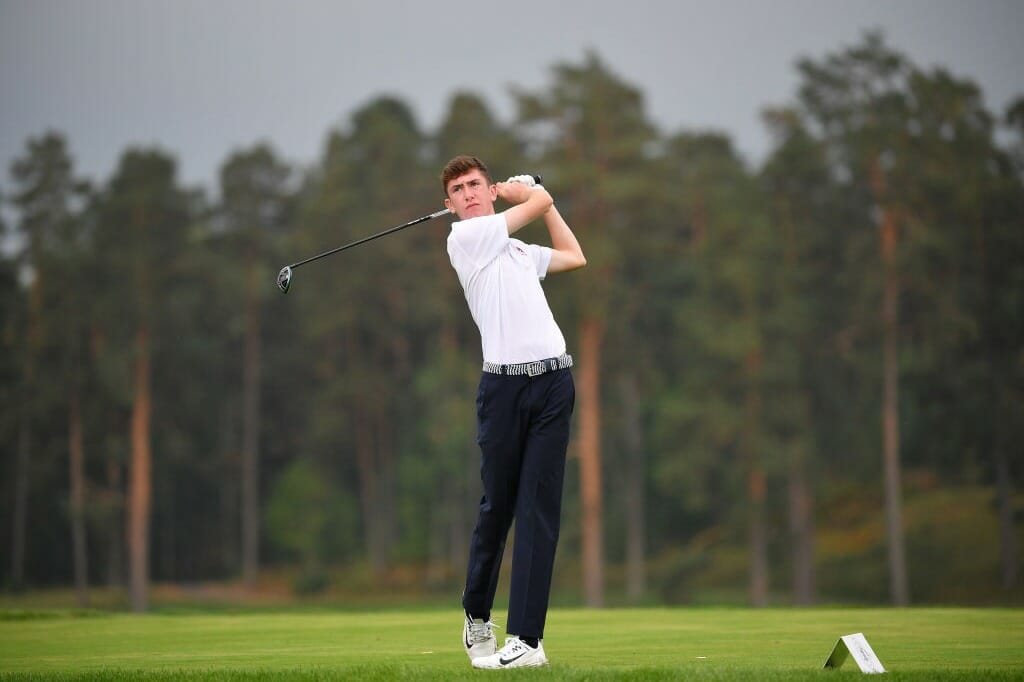 Tom McKibbin needs to get to grips with the par-3s if he’s to have any chance of making his presence felt in the prestigious Boy’s Junior Orange Bowl Championship at Coral Cables in Florida.

McKibbin, aged 15 posted three birdies but carded five bogeys in a second straight two-over par 73 for a four-over par total in very hot and humid conditions on the Biltmore course just to the south of Miami.
The Holywood golfer was back-pedalling early on with back-to-back bogeys at the par-3 second and par-4 third holes but McKibbin bounced back with a pair of birdie ‘3’s’ at the fourth and fifth holes to get back to level par for his round.
McKibbin, however, then bogeyed the next par-3 eighth hole for a second day running and also dropped a shot, and also for a second day in succession, at the par-3 12th hole.

He then dropped to five-over for the tournament with a bogey at 17 before managing to end his round on a positive not with an 18th hole birdie but dropping one place and into a tie for 15th.
McKibbin heads to day three just one-under par for the six par-5s he’s played over the two rounds but five-over for his eight par-3s.
The young Ulsterman now trails thirteen shots behind French-born  American Alex Vogelsong.
Vogelsong added a superb bogey-free second round of a five-under par 66 to move to nine-under par pulling four shots clear of his 51 rivals at -9.