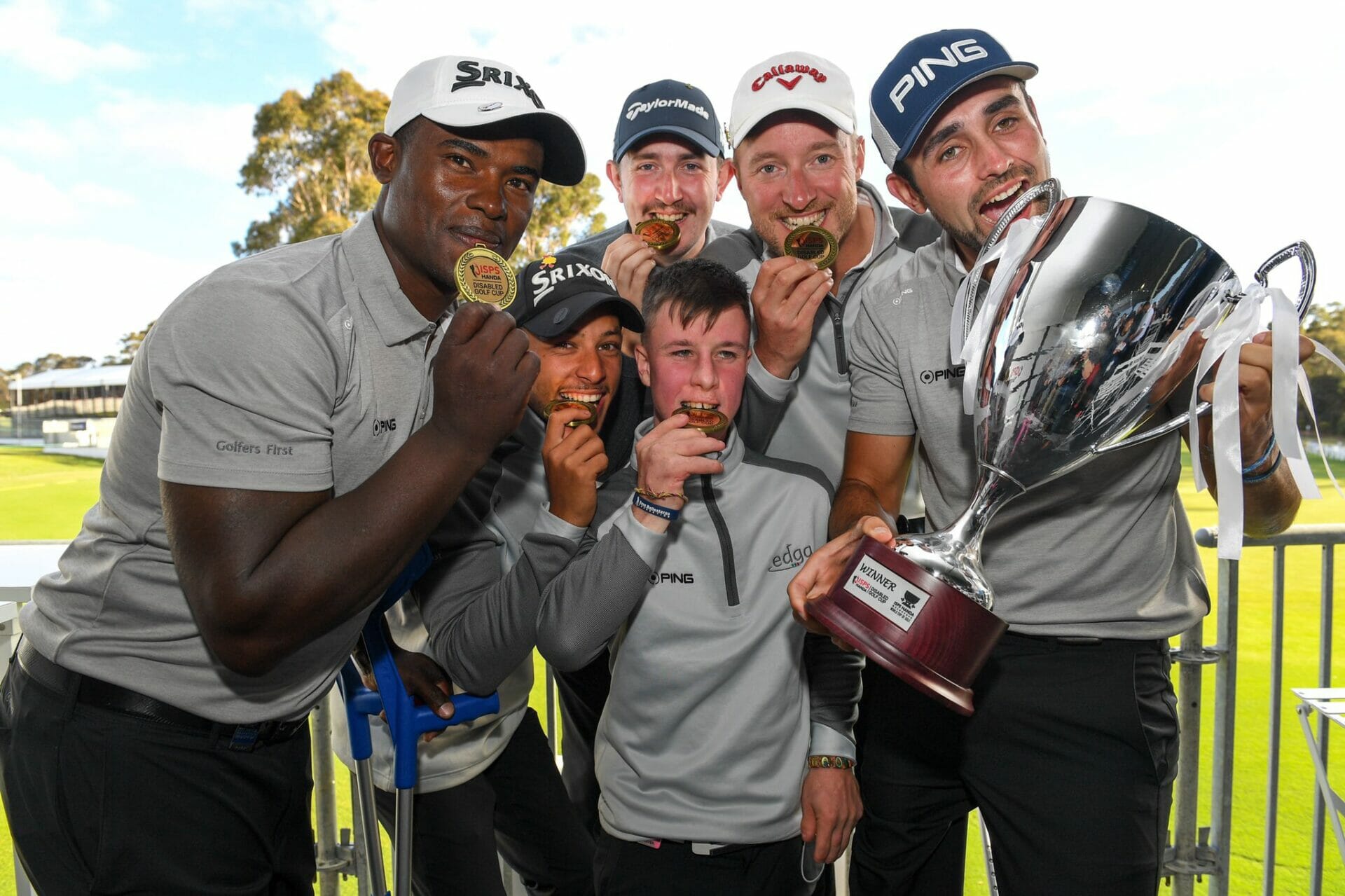 Dundalk’s Brendan Lawlor will return from Melbourne a star after making waves Down Under for the last two weeks in the name of Disabilities Golf.

Paired with Spain’s Juan Postigo during this past week’s Disabled Golf Cup, which ran alongside The World Cup of Golf, Lawlor looked supremely confident in helping the twosome to a 5&4 victory in their fourballs match.
It was a result that helped guide the World Team to a narrow but much deserved 3.5 to 2.5 victory over Australia in the Ryder Cup style match-up, with Lawlor understandably over the moon to be part of the winning team at the inaugural tournament.
“To be the first winners, it’s crazy, words can’t describe it,” said the Dundalk man whose personal highlight of the day was undoubtedly holing a 60-footer for eagle at the 9th.

“The team have been fantastic, we all worked really well together. Me and Juan played really, really good the last two days. We hit the ball well, we stayed out of trouble and obviously the other boys have gone well too because they’ve won their points! It’s been amazing.”
Lawlor hit the headlines in Sydney the week before when he rubber-stamped his credentials as one of the world’s best disabled golfers after finishing second at the Australian All Abilities Championship at The Lakes Golf Club.

It proved to be an unforgettable experience for the 21-year-old playing amongst some of the world’s best players and although he finished 10 shots behind a most impressive winner in Sweden’s Johan Kammerstad, Lawlor was plenty satisfied with his runner-up finish regardless.
“It was the best experience of my life,” he gushed. “Playing in front of 5,000 people was incredible and when I put it into five feet on the last the crowd went nuts. When you shoot the same score as some of the pros you know you did okay!”

It’s been an incredible two weeks, not just for Lawlor but for all-abilities golf and it is now hoped that the success of these events will see the sport introduced to the Paralympics in 2024, while it’s been rumoured that a similar tournament to that of the All Abilities Championship could run alongside next year’s Open Championship at Royal Portrush.
Whatever happens, Lawlor has done his country proud on the world stage and proved that in golf, no handicap is too much to overcome.