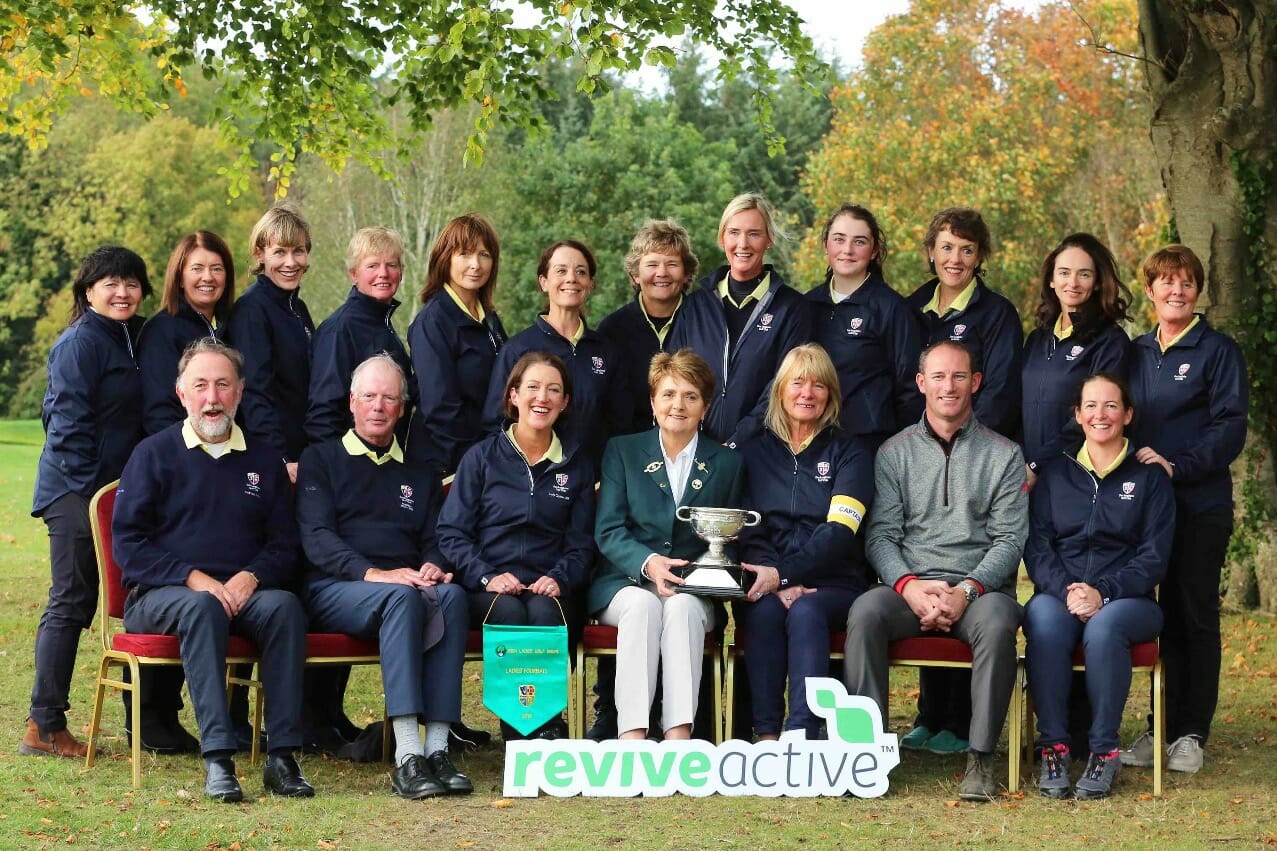 Both overcoming their opposition on Saturday, Kilrea and Dun Laoghaire came head-to-head in the All-Ireland Final and the first two contests were won convincingly but with one match going to each team the tie still stood in the balance.

Lorna Torrens and Bridie McCloskey added the second point in favour of Kilrea which was equalled when Dun Laoghaire’s Anne Marie Garth and Yvonne Hill – who came back from a 3 hole deficit – won on the 18th green.

In the fourth match, Rose Shaw and Mo Bradley-Travis had all but captured the title on the final green for Kilrea but when the short putt of Shaw rushed by the hole, additional holes were needed.

A season long journey came to an end when Dun Laoghaire’s Anne Coffey knocked in a testing three foot putt for par on the 137yard 20th.

“We just kept believing, we battled really, really hard, I could barely believe it when we walked off the 18th green all square,” explained Coffey, who with her partner Fiona Scott had been two down with two to play.

“The 19th was a little scrappy but I hit a good shot into the 20th and I told myself to take loads of deep breaths – this was my chance to be the hero and to try and take it, I’m still shaking!”

The “Woman of Steel” as her clubmates have now named her, had already won two previous matches on extra holes on Dun Laoghaire’s road to the final so it is with pride – and some exhaustion, that she can return with her teammates as an All-Ireland Revive Active Fourball Champion.