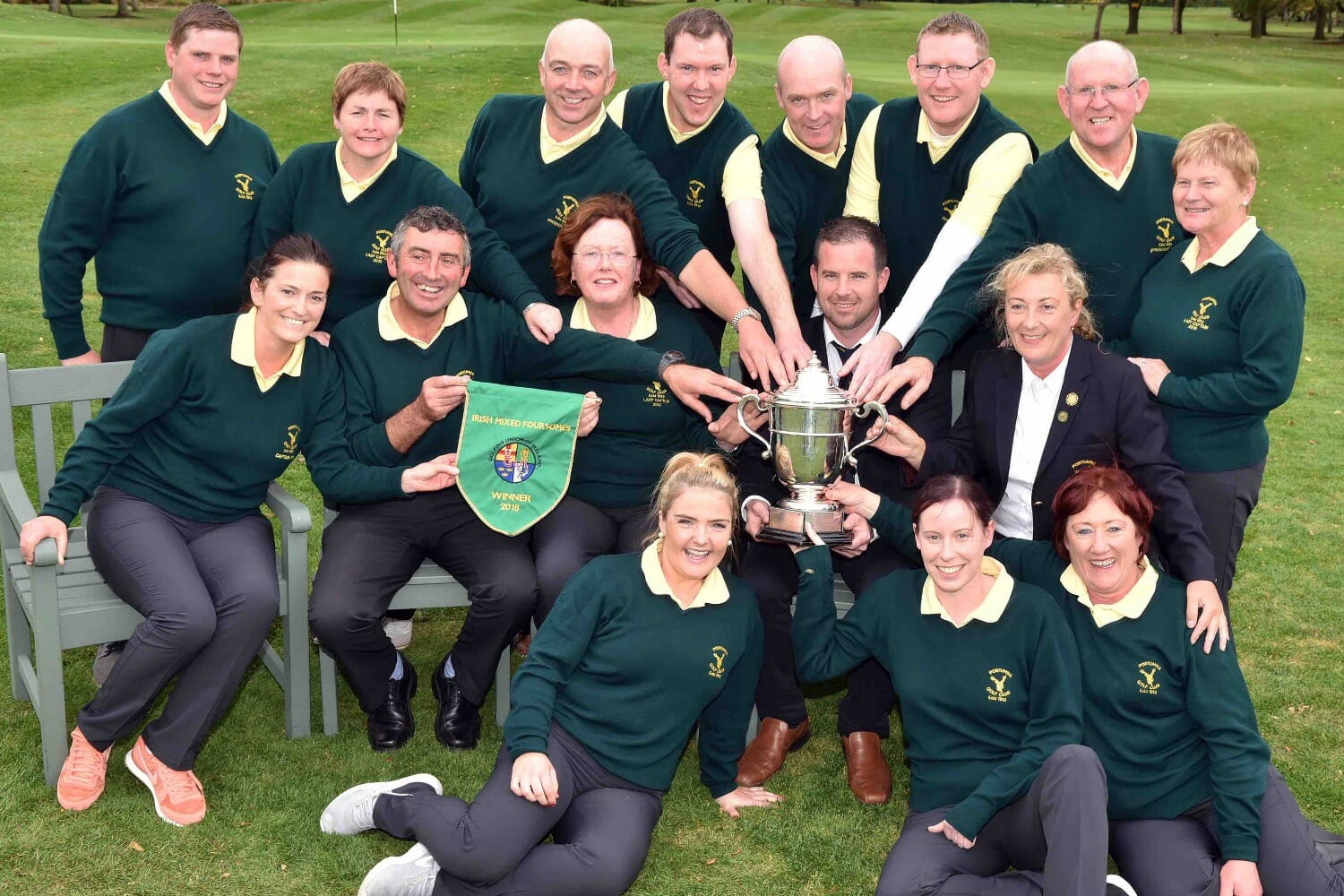 Congratulations to Portumna who grabbed the Irish Mixed Foursomes title in dramatic fashion when Damien Burke holed the winning putt at the second extra hole.

Burke, partnering Mary McElroy in the decisive match, which went to the 20th, holed a crucial five-footer to seal the winning point.

“We were just glad to have a chance down the 20th,” said Burke, who looked the calmest person on the course standing over that final putt.

“I tried to focus on the breathing,” he said, explaining his apparent lack of nerves.

“He’s cool as a breeze,” said McElroy. “I was a nervous wreck. I’m so delighted to be here. It was a great win. I wouldn’t have forgiven myself if we didn’t win this.”

For McElroy and the team, winning released a mixture of relief and joy. They had two points on the board and were poised for glory when McElroy struck a stunning second shot to set up a winning birdie at the 17th and put Portumna ahead in the key match.

However, they surrendered their advantage down the last as they struggled to find the green and John McMenamin holed a slick six footer to keep the match alive.

By then Ballybofey & Stranorlar had scored a success in match four, Edward Bradley and Margaret McConnell prevailing 3&2, and the momentum shift continued in the bottom leg as Sean Carlin and Josephine Stewart won 3&1.

The final now hinged on match three. McElroy and Burke faced McMenamin and Sharon Maloney in a sudden death scenario that tested nerve as much as skill.

“Absolutely fantastic,” was how Pauline McEvoy, joint team captain, described it. “Damien Burke’s nerves of steel carried it for us.”

McElroy’s contribution could not be overstated. The 38-year-old spent the summer recovering from back surgery. A central bulging disc kept her out of golf, and in pain, for the best part of a year. Tuesday’s semi-final win against Lee Valley was her first match of this campaign.

“I was in an awful lot of pain for a long time,” McElroy revealed. “I didn’t play any golf since October last year. I’m so passionate about it. I’m so glad I was able to do that for the team. It was a big decision for Pat [Healy,  joint team captain] to pick me on the panel.”

Despite her long absence from the game, her confidence never wavered and she was able to draw on her experience from 2009, when Portumna last won the Irish Mixed.

“I knew that I had it in me because I’ve been here before,” she said. “I’m glad I was able to do them proud.”