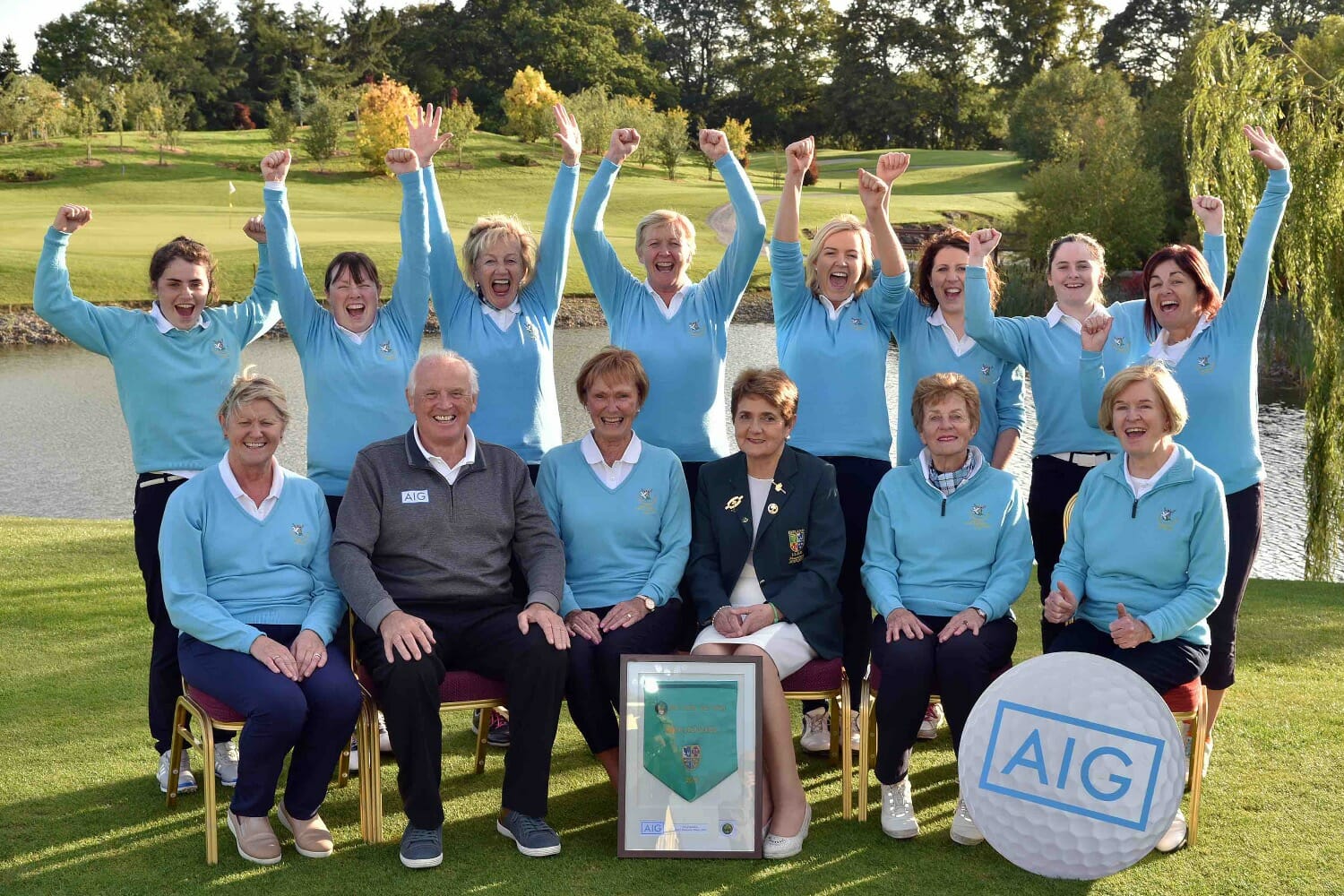 Monkstown, Douglas and Laytown and Bettystown are AIG Champions at Knightsbrook Hotel and Golf Resort.

Laytown and Bettystown denied Roscommon of their second chance at an AIG Senior Foursomes pennant thanks to the pairings of Eleanor Metcalfe & Vivienne Branigan and Aimee Wickham & Barbara Cooney. Metcalfe, a Maynooth University student, extended the match with to a 35-foot-putt on first extra hole. The match was finalised on the 20th hole when Metcalfe’s approach finished four feet from the flag setting up a birdie three and the second Senior Foursomes win for Laytown & Bettystown in five years.

“I had a good feeling over the putt on the 19th and then Vivienne hit a good drive down 20, I had 204 yards with my approach and managed to hit it in pretty close. To be honest it’s class to get the win because it wasn’t looking good at some points out there – but it was never going to be easy to win an All-Ireland Final.”

“To get to an All-Ireland final you have to play a lot of good golf and we have had two great matches against Kilkenny and Roscommon here this week, it’s great to come out on top.”

Meanwhile, Monkstown’s Nina Kearney ensured the AIG Minor Cup once again returns to Munster as she carded a 2 hole victory over Wendy Reid of Malone. Adding to 3&2 wins from Jane O’Hagan and Martina McCarthy, the win marks the first ever National title for the ladies club at Monkstown in the club’s 110 year history.

Douglas were the final successful team of the day as they were crowned AIG Intermediate Cup winners and in doing so they denied the third and final Malone team of a Green Pennant at Knightsbrook. Victories from Jill Morris, Jessica Kavanagh and 17-year-old Orla Coughlan resulted in the final two matches being called in, to the delight of Co. Cork golf supporters.

Three ties remain to be decided in this year’s AIG Ladies Cups and Shields. Shandon Park will face Courtown in the AIG Junior Foursomes Final, East Cork play Rathfarnham in the AIG Junior Cup deciding tie while either Macroom or Smurfit will take home the AIG Challenge Cup title.