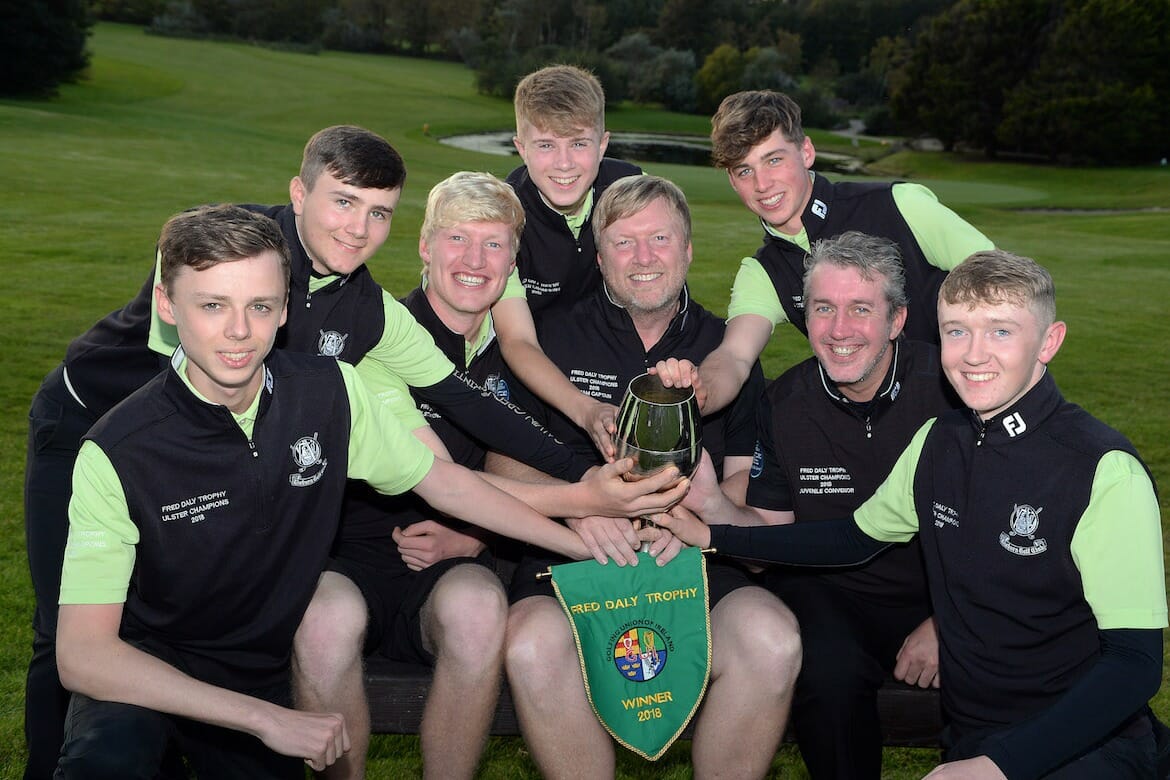 Lisburn captured the Fred Daly Trophy in dramatic fashion when Jack Shellard scrambled a par to win the decisive point at the 19th hole.

The final was poised at two points apiece during a titanic battle with Connacht champions Galway and all eyes turned to match five where the destination of the title was on the line.
Fittingly for such a closely contested decider, it required an extra hole to find a winner. Shellard had to produce heroics on 18 just to keep the contest alive. Trailing Harry Colbert, Lisburn’s anchor-man eagled the closing par five to square the match.

Below: Lisburn with the Fred Daly Trophy
Lisburn Fred Daly winners1.jpg
The two remaining combatants returned to the first in a bid to settle their encounter. Although Shellard missed the green and left his pitch four paces from the hole, he drained the 12-footer, which rocked Galway and ultimately proved decisive when Colbert missed his putt for par.
Aaron Marshall (1 hole) and Josh Black (4&3) also won points for the Ulster side but wins for Liam Nolan (2&1) and Sean Nohilly (5&4) meant that the final hinged on the bottom match.

Tomorrow, the semi-finals of the Irish Junior Foursomes get underway at 8am with Munster winners Mitchelstown up against Co Sligo and Leinster champions Waterford facing Warrenpoint. The final is scheduled for a 1pm start. Meanwhile, the inaugural Junior Inter-Club All-Ireland is down for decision from 9am.
Fred Daly Trophy Results
Saturday 29 September