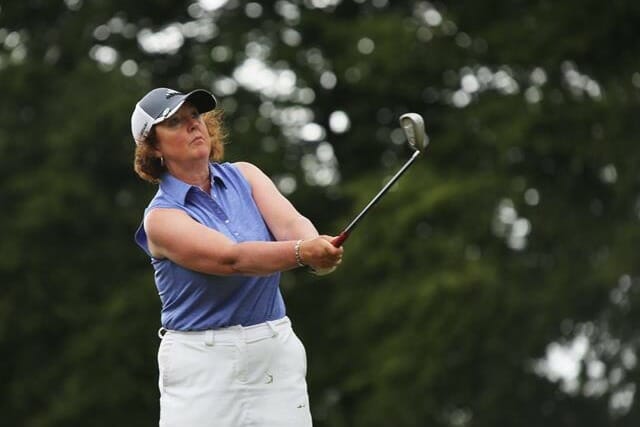 Ireland’s medal hopes were brought to an abrupt end after a second successive defeat at the European Senior Ladies’ Team Championships at Mont Garni Golf, Belgium.

Having been well beaten by hosts Belgium 4-1 in the first round of matchplay, Ireland came up against a similarly inspired French side in round two, going down 3 ½ to 1 ½.
Pat Doran and Margaret McAuliffe went down 3&2 in the top match before Suzanne Corcoran was narrowly beaten 2&1 in match two.
Laura Webb’s trouncing of Karen Nassy 6&5 in match three briefly inspired hope but unfortunately France rallied with Gertie McMullen going down 3&2 Marie-Ange Michaud in match four as France sealed the win.
Elsewhere, Sweden upset number-one seeds, Spain, on day four in Belgium.
In an incredibly tight encounter that saw all five matches progress to the 17th hole or further, Sweden came out 3-2 winners.
Catharina Mansson & Christin Moller claimed the foursomes match 2&1, while Helene Maxe won on the 19th hole to give Sweden a two-point advantage.
Spain responded quickly with two wins of their own, from Maria Castillo (one hole) and Maria de Orveta (one hole).
Lotta Redin clinched the final match of the tie, 2&1, to send Sweden into their second ever European Senior Ladies’ Team Championship final.

The Swedish team will face Germany in the final. The German team wasted no time in dispatching the hosts, Belgium, claiming all of the first three matches to also reach their second final in the event.
The German victories came from Dr Cornelia Schmidt-Stutzle & Caroline Effert (3&1) in the foursomes, and Britta Schneider (3&2) and Stephanie Kiefer (one hole) in the singles.
After suffering defeats on day four, Belgium and Spain, who finished with the same stroke play qualifying total, will compete for the bronze medal on Saturday.
Flight A scores HERE